These are the best LGBTQ+ friendly destinations to visit in Europe

TinyMart is sharing this content, the original was posted on euronews.com by ﻿  Tim Gallagher, 23/06/2022, So please click here to go there
. 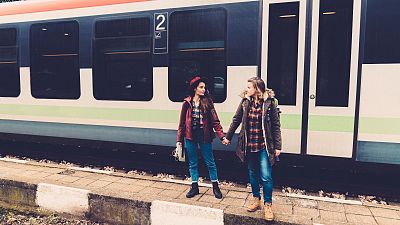 It’s Pride month and LGBTQ+ people are fighting for their rights and being celebrated across Europe.

It’s also officially summer time and as many people jet off for a well-deserved break we take a look at the most LGBTQ+ friendly destinations in Europe.

For the sixth year in a row, Malta has topped the charts. The island Mediterranean nation is known for its friendly locals, beautiful beaches and vibrant gay scene after a concerted effort to shift attitudes in a country dominated by Roman Catholic views.

How were the best LGBTQ+ destinations decided?

The annual report by ILGA-Europe rates European countries by their commitments to LGBTQ+ rights, showing the best hotspots for queer holiday makers.

Which are the top five countries LGBTQ+ travellers?

After Malta, the top five is rounded out by Denmark, Belgium, Norway and Luxembourg.

Denmark was the first nation in the world to provide legal recognition for same-sex partnerships in 1989, while Scandinavian neighbour Norway brought in some of the world’s earliest anti-discrimination laws in 1981. Both nations are known for their cosmopolitan city breaks and beautiful scenery which can be enjoyed in any season provided you pack the right garments.

Meanwhile central European small nations Belgium and Luxembourg are known for their progressive policies and favourable public attitudes to equality. Belgium was the second country in the world to legalise same-sex marriage and elected their first openly gay Prime Minister, Elio Di Rupo, in 2011. Luxembourg meanwhile has the highest public approval for LGBTQ+ equal rights in Europe at 87 per cent.

Thankfully, popular holiday destinations like France, Portugal and Spain all made the top 10 along with the highest-ranking Balkan nation, Montenegro.

Earlier this year France passed a law banning so-called gay conversion therapy, and is widely regarded as progressive on LGBTQ+ rights. Meanwhile, Portugal and Spain, both of which boast popular LGBTQ+ destinations like Gran Canaria, Barcelona, and Porto, have fought to secure their place among the progressive nations since ditching their dictators in the 1960s and 1970s.

Montenegro, an outlier amongst the Balkan nations, places highly on the list thanks to its anti-discrimination laws and pro civil union government stance. However, public attitudes lag behind legislation with 84 per cent of the public telling the World Values Survey they didn’t think homosexuality was justifiable between 2017 - 2020.

The remaining Nordic countries, already famous for their high happiness rankings, are also high-ranked for their progressive politics.

Finland, Iceland and Sweden all made the top 12, with other northern European countries the Netherlands, UK and Germany all coming 13th, 14th and 15th respectively.

What are the worst places for LGBTQ+ travellers?

Hungary, whose ruling Fidesz government has been warned previously by the EU over anti-LGBTQ+ legislation, came 30th.

Poland, whose local administrations previously established so-called ‘LGBT free zones’ unsurprisingly scores lowly at 44th. The bottom of the list is rounded out by Belarus, Russia, Armenia, Turkey and Azerbaijan.

Russia and Belarus are unlikely to attract many tourists in the wake of international sanctions and condemnation after Putin’s invasion of Ukraine. However, the Russian government has already drawn international ire for its ‘Gay Propaganda law’ which, similarly to now-repealed Section 28 in the UK, bans discussing homosexuality in schools.

Gay Pride parades are banned in Russia’s major cities and there are also reports of ‘gay-hunters’ attacking gay men in the street.

Meanwhile in Turkey, President Erdogan’s ruling Justice and Development party have been accused of using a constitutional clause on causing offence to stifle free speech on LGBTQ+ issues. All Pride week activities were banned in Istanbul, the country's largest city, this year.

It has also been claimed that the Turkish government told Netflix to remove a gay character from one of their scripts or risk losing their license for filming in the country.