The hidden charms of Languedoc-Roussillon

TinyMart is sharing this content, the original was posted on Lonely Planet by Caitlin Zaino,  Mar 24, 2014 • 5 min read, Lonely Planet Writer So please click here to go there
.

Unrelenting rain and an April chill greeted us as we navigated the cobbled streets and narrow roads in the hamlet of Gattigues, a petite village in France’s Languedoc-Roussillon. Several twists, turns and reverses later, we discovered our inn. Huddling under a coat, we dashed through the pastel blue door of Les Sardines aux Yeux Bleus (www.les-sardines.com) to its foyer, where the smell of just-cooked strawberry jam and cinnamon muffins immediately erased memories of the rain. Charming, rustic, intimate and authentic, Les Sardines aux Yeux Bleus captures the essence of Languedoc-Roussillon. 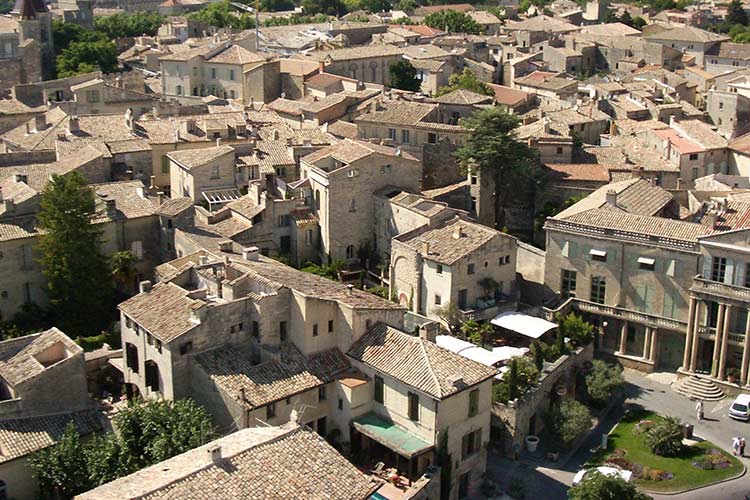 Like its famous neighbour Provence, Languedoc-Roussillon boasts lyrical landscapes and rich scenery, from the western Mediterranean coastline to its sun-soaked valleys, peaks and vineyards. Its tucked-away villages and small hilltop towns are still largely untouched by tourists; the charm of French country life is alive and well. Off-the-beaten-path inns sit beside rustic restaurants frequented by locals, seducing travellers with a peek into the France of 20 years ago.

With its cluster of Renaissance architecture bounded by countryside dotted with renovated 16th-century farmhouses – like the notable L'Artémise (www.chambresdelartemise.com) – Uzès is one of Languedoc-Roussillon’s most charming towns. Wine shops, chic boutiques and inventive restaurants have sprouted along its medieval streets, though Uzès has maintained an authentic and low-key vibe. Its celebrated Saturday market, flanked by the vaulted archways at the Place aux Herbes, is not to be missed. For dinner, make a beeline for the smart Les Trois Salons, where Swedish-born chef Petter Nilsson developed a devoted following. Though Nilsson now sits at the helm of a Parisian bistro, Les Trois Salons remains one of Uzès’ finest culinary experiences.

For a taste of Uzès’ grapes, travel 10 minutes by car to the north where the artisanal estate of La Gramière (www.lagramiere.com) occupies just five hectares of vineyards. Founded in 2005, La Gramière is one of the region’s most interesting garage wineries, producing less than 10,000 bottles a year of grenache-based wines. These organic wines are all farmed by hand, from the planting to the picking, by a two-person team. Thanks to a successful Kickstarter campaign, La Gramière recently restored an old Citroën van that serves as a roving wine bar. Check out their summer events in the vineyards, or look out for La Gramière’s green camion around Uzès. Be sure to taste their blend of syrah and rose, sold exclusively in France. 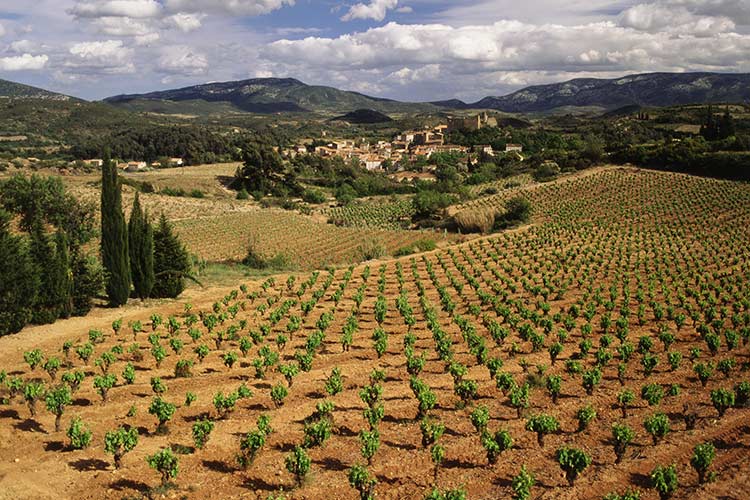 North of Uzès by 30km, La-Roque-sur-Cèze (www.laroquesurceze.fr/index.php) dramatically juts out of a rock peak above the Cèze. This petite gem is officially one of France’s most beautiful villages – a quick stroll through its winding streets to the former castle and its chapel shows why. Grey residences and creamy alleyways lead to the village’s summit where expansive views of the river valley below will steal your breath. Less than an hour is all you need to explore the village, including copious time for oohing, aahing and taking pictures.

Walk towards the bottom of the village and across the Cèze River to the striking waterfall Cascades du Sautadet. Limestone cliffs, dips and edges in a variety of peculiar shapes are saturated with rushing water and pools of bubbling river. Tread carefully on the limestone’s flat, dry surfaces to get an up-close-and-personal glimpse of the river whooshing through in a scene that looks more like Iceland than France.

Head to the east to find St Siffret – another minuscule medieval village with stone walls, vaulted archways and beige steps. Here, two chateaux take centre stage, including one that was a Commanderie of the Knights Templars. Sadly, neither is open for visits and there are scarce spots for lingering with a coffee and croissants. There is, however, a worthwhile restaurant, L’Authentic (Place de L’Ecole, 30700 Uzès, St Siffret), housed in the village’s old school. A changing weekly menu inspired by local and seasonal ingredients is all that is offered, but the quality will not leave you wanting. Tourists are scarce, especially in the off-season. 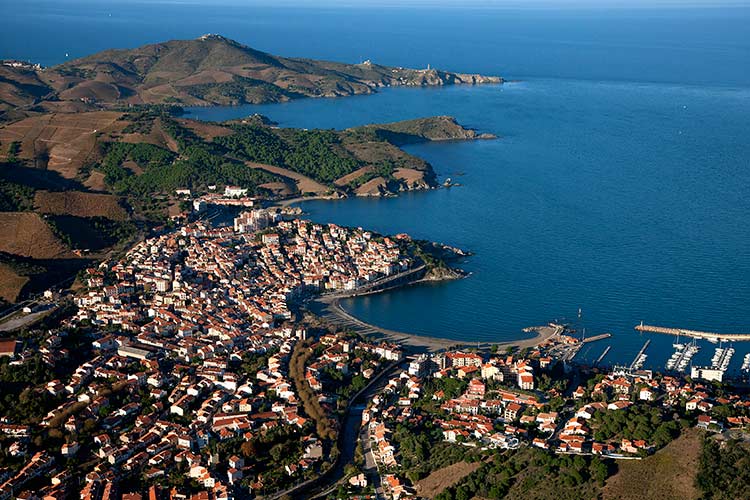 Far to the south, past Montpellier and Perpignan and just 14km from Spain, sits Banyuls-sur-Mer. Tucked away on a rocky coast, this small Mediterranean town is a mélange of Catalan and French culture, influenced heavily by the sea. Swimming coves and ports evoke the Riviera towns to the east, sans the traffic, the scene and the glitz. Banyuls-sur-Mer’s old town boasts palm tree-lined, whitewashed streets.

Still on the coast, heading east roughly 150km, sits Domaine Sainte Rose (www.sainterose.com/index.php). This family-run boutique winery is focused on promoting Languedoc’s vineyards through producing exceptional wines that challenge the status quo. Employing New World techniques to South of France vineyards, its wines are clean and minimalist and are making an impact on Languedoc’s traditions. Visit the stunning estate for tastings and tours (by appointment only). 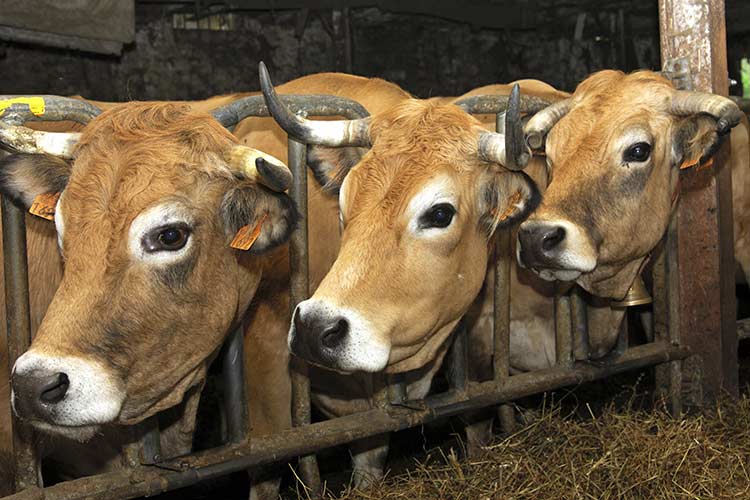 At the other extreme of Languedoc-Roussillon is Aubrac, an immense plateau with fog-laden forests and wildflower-sprinkled pastures. Visiting the region on horseback (www.equitation-aubrac-lozere.fr), trotting cautiously past herds of Aubrac’s celebrated cows, is an absolute revelation, offering a unique perspective into the region.

The world-famous Michel Bras (www.bras.fr) restaurant and hotel resides in an uber-contemporary space, tucked into the landscape of Aubrac’s plateau. Whether at Bras or elsewhere, dine on Aubrac’s traditional dish, aligot, made of mashed potatoes, tome de Laguiole and crème fraîche, which gives the dish a creamy taste and smooth texture, unique to this place.