The 10 best afternoon teas in London

TinyMart is sharing this content, the original was posted on Lonely Planet by Lucy Lovell,  Aug 21, 2019 • 5 min read, Lonely Planet Writer So please click here to go there
. 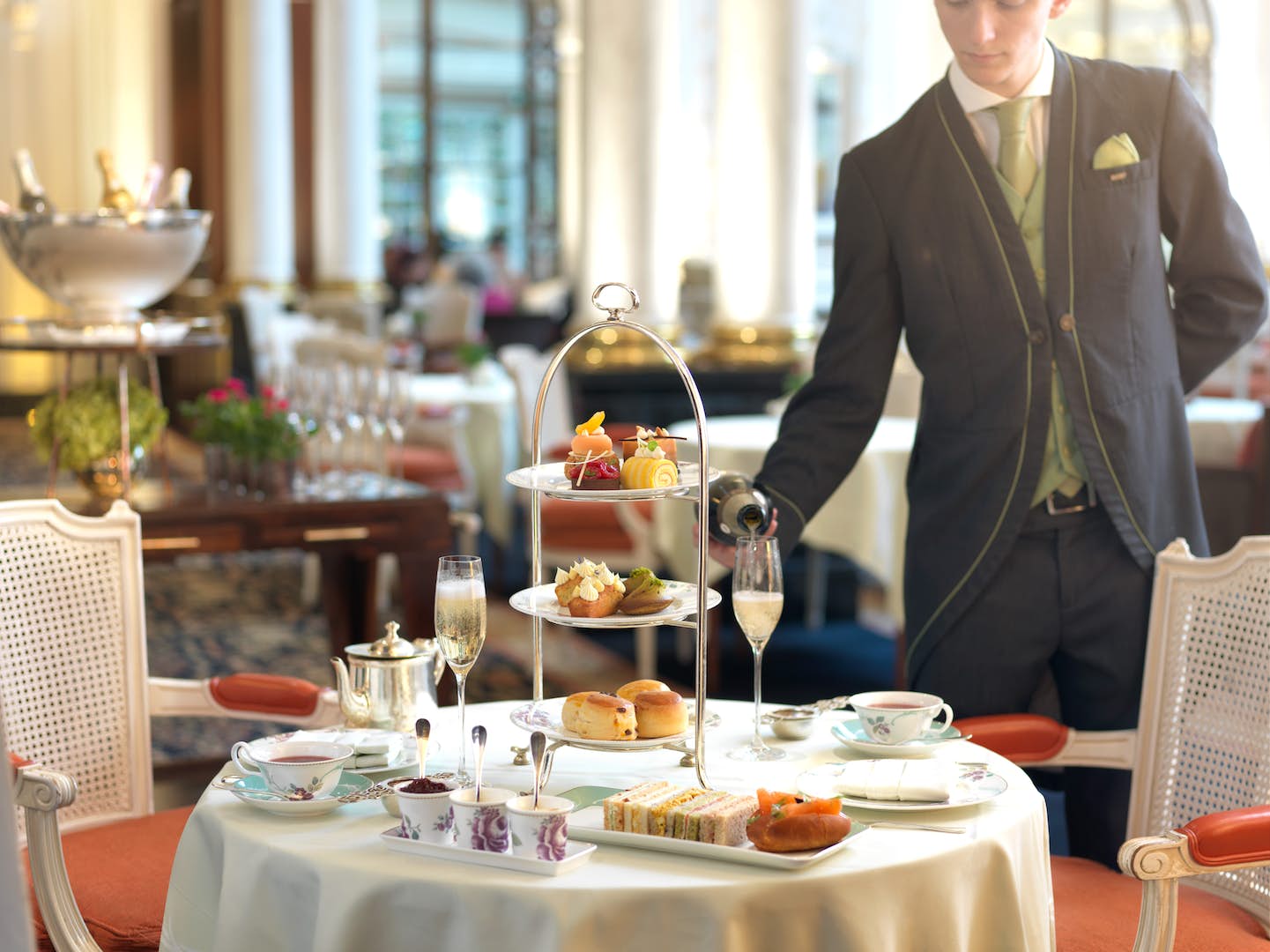 There aren’t many things in life better than a good cup of tea, and the British tradition of afternoon tea is one of the best ways to enjoy a cuppa. The ceremony has been around for centuries, and sums up the nation’s love of tea, cakes and sandwiches.

The tradition is said to date back to 1840, when Anna, the Duchess of Bedford, got peckish waiting for her evening meal and asked for tea, cake and bread. Her mid-afternoon snack became popular with friends, and the trend quickly caught on across the nation. Today it’s still popular across the UK, and London is no exception. The city offers endless varieties - from the traditional tiered cake stand with a sterling silver pot of Earl Grey, to a vegan spread with plant-based cakes. Find your perfect brew with our list of London’s best afternoon teas.

The Savoy has been serving luxurious afternoon teas since they launched in 1889, and it’s a tradition that’s still going strong today. Sink into one of the armchairs at the hotel’s Thames Foyer before tucking into a selection of dainty finger sandwiches like salmon, whipped cream cheese and fennel pollen, then move on to desserts including seasonal fruit tartlets, pistachio madeleines and banana cremeux.

Despite its location in Notting Hill, Farmacy’s roots lie in the Kent countryside at their organic farm. There are clues in the decor: rustic tables and lush plants hint at an alternative lifestyle, without being clichéd. Their menu favours superfoods and organic veg – think maca root powder, charcoal bread and quinoa bowls – and the afternoon tea is no exception. Health-conscious treats like berry pavlova and prosecco jelly mean you can indulge with one eye on the Fitbit.

Hidden inside one of London’s leading art centres is a vast tropical greenhouse, which hosts afternoon teas on a pre-booking only basis on Sundays. The Conservatory at The Barbican serves up treats inspired by the 2,000 surrounding plants, such as smoked salmon sandwiches with dill grown on the roof, or a mascarpone delice made with conservatory-grown passionfruit. The fare comes second to the stunning location, though, with ferns and palms providing a perfect photo opportunity. Just remember to dress for tropical climates – it is a giant greenhouse, after all.

This bright and airy bakery is well known for its OTT cakes, but fewer people know about its subterranean potion room. Witches and wizards in training don their robes and take up seats at old school desks, before being led through a magical lunch by a potion master. Expect to concoct your own potions, like the Elixir of Life tea and a brew made from ‘unicorn tears’, during a fun, interactive experience. Different diets are well catered for too; there’s vegan, wheat-free and dairy-free menus.

Baker Dominque Ansel rocked the pastry world when he invented the cronut, a croissant-doughnut hybrid, in his Manhattan bakery. Since then, he’s gained all manner of plaudits for his confectionery creations, and opened his first bakery outside of the US in London. The Belgravia cafe serves a pastry-led afternoon tea, with savoury choux buns forming the bread and butter of the menu. Desserts are ambitious and picture-perfect, but leave room for a cronut – they’re sold separately, and it’d be a crime to leave without one.

Looking for an indulgent afternoon tea? You’ll find it at The Lanesborough. Here, guests are seated in the elegant surroundings of the Céleste dining room, crowned with its grand glass ceiling. Despite the fanciness, it’s a comfortable setting with plush sofas and friendly service. The kitchen favours classic British ingredients and serves up a meticulously presented spread, with vegan and vegetarian options. If the selection of loose-leaf is a little baffling, consult the clever tea sommelier, who will pair you with the perfect pot.

The Mews of Mayfair afternoon tea is best taken when the sun is shining. Tucked away in a pretty alley near the bougie boutiques of Bond Street, the flower-filled courtyard is a tranquil spot to soak up some rays while you plough through a generously stocked cake stand. Food-wise it’s traditional finger sandwiches, scones, and classic cakes, but tea fans will enjoy perusing their selection of leaves, which includes rare blends, from hand-crafted breakfast tea grown inMalawi to wild rooibos harvested in South Africa’s Cederberg mountains.

Boutique doesn’t quite cover this tiny tea house near Portobello Road, which has been set up in what looks like the living room of owner and tea expert Pei Wang. Their afternoon tea is a homely fusion between Chinese and English cuisine: wakame brown bread open sandwiches, dim sum, lotus leaf rice parcels and scones with clotted cream and rose petal jam. Explore an exemplary menu of artisan tea, before learning about its provenance and how best to brew it.

Who said afternoon tea has to be fancy? Hidden beneath the arches of Deptford High Street train station, Little Nan’s is a celebration of all things kitsch, and you’ll find a nostalgic afternoon tea served to the soundtrack of disco hits and '90s bangers. Fun, affordable and – quite frankly – ridiculous, you’re more likely to spot leopard-print tablecloths than starched white numbers. It’s a long way from the Duchess of Bedford’s creation all those years ago, but we like to think she’d approve.

This chic cafe by Burberry is based inside their flagship store off Regent Street, and serves as a good base to recuperate from a day of shopping. The brand, which is best known for its iconic trench, proves it can do more than just coats with this elegant split-level space, featuring a tasteful muted palette and sleek marble flooring. On the menu there’s indulgent dishes like lobster and quail’s eggs, but their Classic Afternoon Tea serves scones warm from the Aga. It’s a stylish hideaway from the crowds – just be sure to book ahead.