TinyMart is sharing this content, the original was posted on Lonely Planet by ﻿Jessica Crouch, May 30, 2014 • 5 min read, Lonely Planet Writer So please click here to go there
.

Yorkshire is much-hyped of late, but for good reason – the four counties that make up this slice of northern England have so much to offer in terms of scenery, foodie experiences and historical action. Plus, it’s not all about the Tour de France. Here are six offbeat ways to get to know the region.

Cruise around on a tandem bicycle

Leave the car at home. As the Tour de France organisers have well discovered, the best way to immerse yourself in the ridiculously bucolic scenery of Yorkshire Dales National Park is by cycling. You might be surprised to see that there are almost more bikes around than cars, and lycra is the locals’ dress of choice. You can try something a bit different by grabbing a friend, donning identical t-shirts and hiring a tandem bicycle. After the initial wobbling (pro tip: put the strongest rider up front), you’ll fly along narrow country roads sandwiched between rolling green hills and fields of oh-so-cute black and white lambs. Cruising alongside the region’s distinctive dry-stone walls, the expansive river valleys and fells stretching out, you’ll discover for yourself why cycling is so popular in these parts. Spring and early summer is a great time to get on your bike, with good (not-too-warm) weather for cycling, and the promise of bluebells carpeting the side of the road. Depending on you and your partner’s cycling prowess you can choose to tackle gentler routes or get stuck into professional-level hill climbs.

TimesTwoTandems (timestwotandems.co.uk) leads guided tandem tours in the Yorkshire Dales and can also hire out two-person bikes on a daily or weekly basis. Matching outfits are optional, but don’t forget to take water and snacks. 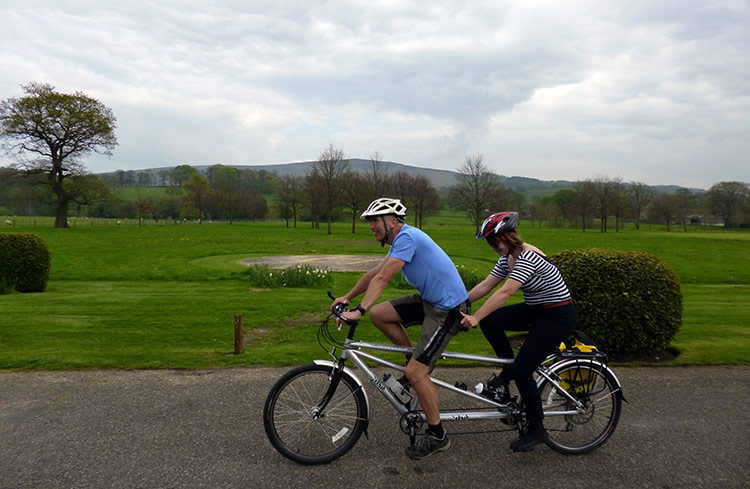 Author, Jess, astride a tandem bike on the way to Bolton Abbey. Image by Jessica Crouch / Lonely Planet

It’s well known that many Yorkshiremen and women love tea and beer. But tea ale? Beer beginners fresh from a train journey should start at the York Tap (yorktap.com), stunning Victorian railway station tearooms converted into a pub with an excellent selection of beers, including the Ilkley Brewery’s ‘Mash Tonne’, a blackberry-brown ale infused with Darjeeling tea. If you’re a more serious student of beer, take a tour of one of Yorkshire’s hundreds of breweries, such as Cropton Brewery (croptonbrewery.com) in the North York Moors and Black Sheep in Masham, not far from the Yorkshire Dales. Sampling the local ales is an absolute must, even if you don’t think you’re a beer fan – refuseniks have been known to convert to the amber nectar on a trip to Yorkshire. 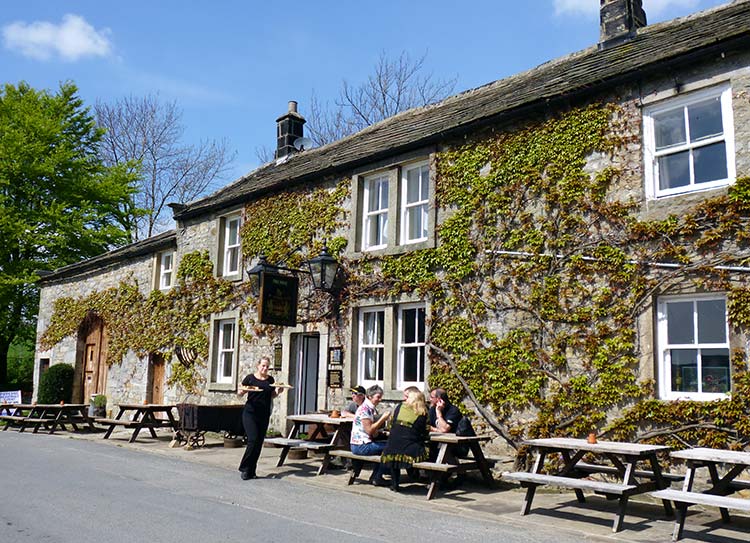 Get a guided tour on a motortrike

Billy Connolly may have crashed his trike on Route 66, but you’re in safer hands in the Yorkshire Dales. Indulge your inner biker by suiting up in a black jacket, gloves and a big helmet with built-in microphone headset, and sit with a friend in the back of a specially designed three-seater ‘motortrike’, with a capable driver up front. You’ll whizz past (and get a chance to check out) landmarks and areas of natural beauty such as Bolton Abbey and Pen-y-ghent, one of Yorkshire’s Three Peaks. If you’re not a confident cyclist, this might be the activity for you – a trike tour offers the speed of a car with the fresh-air, wind-in-your hair experience of a normal bike, plus an informative tour to boot. Yorkshire Trike Tours (yorkshiretriketours.co.uk) does short and day-long trips around the Dales. Guide/driver Jason is an expert on the region and, through his helmet intercom, can answer all your questions about the history of his beloved Yorkshire Dales. 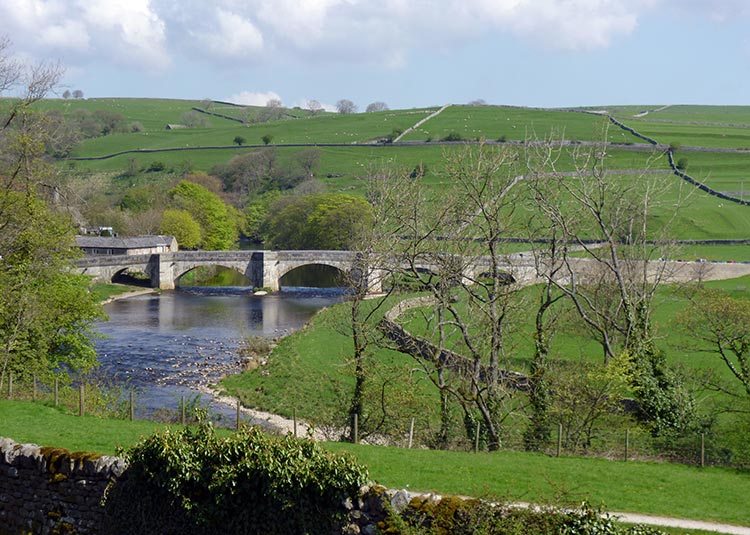 The walled city of York (once the Viking settlement of Jórvík), home to the towering York Minster, plays host to a number of historical attractions dating from different periods of the city’s rich history – pre-Roman, Roman, Anglo-Saxon, Viking and post-Norman Conquest. Most immersive of all experiences here is the Jorvik Viking Centre, built in and on a 10th-century timber building, discovered during excavation in the 1970s. Exhibitions include artefacts found on the site, demonstrations of Viking crafts and manufacturing processes, and the piece-de-resistance, a ride taking you around a recreated (and very smelly) Viking village. With its farting Vikings and hands-on activity, the museum is a resounding hit with kids, but child-free history fans don’t struggle to enjoy themselves as they’re whisked around the replica Viking settlement in a motorised pod, replete with humorous commentary. 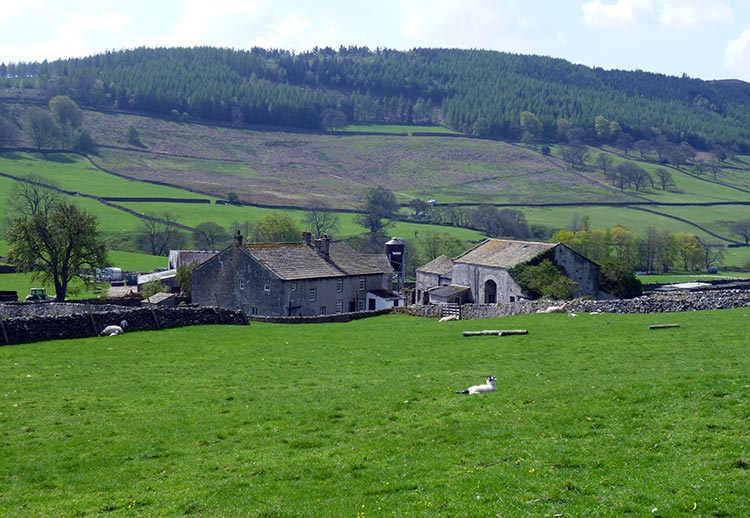 Eat a bloody surprise for breakfast

Vegetarians, beware. Spend a few nights in Yorkshire and you’ll quickly become used to the morning menu: a ‘Yorkshire’ breakfast typically includes a range of fried foods such as eggs, bacon, a sausage, and something called ‘black pudding’. Black what? Many a visitor not familiar with English eating habits has been fooled by this name  – a black pudding is a blood sausage made from pig’s blood, pork fat and oatmeal, taking its name from the black colouring of the pig’s blood. While the black pudding is not native to Yorkshire (neighbouring Lancashire lays claim to that), there’s no shortage of meaty delights to try as you cross the dales and moors. Lishman’s butchers (lishmansonline.com) in the historic market town of Ilkley does a particularly tasty version. 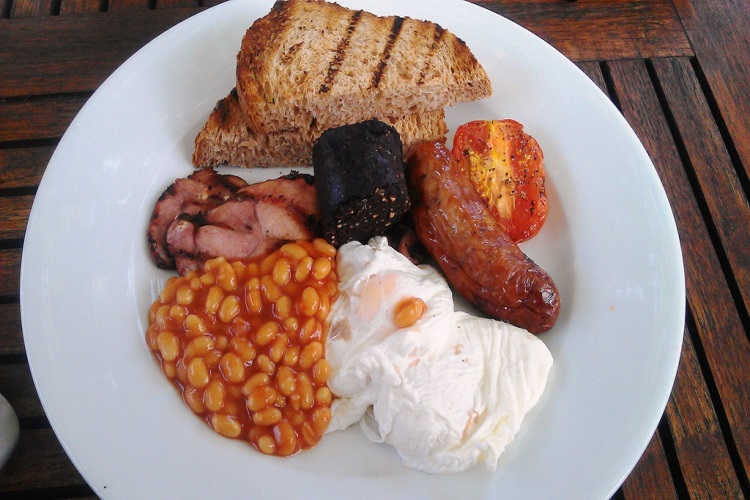 Ever wondered what it’s like to travel in real royal style? At York’s National Railway Museum you can peer through the windows of Queen Victoria’s private train carriage, dating back to 1869. Back then, in-carriage bathrooms (with bath), beds and velvet were very much in fashion. The museum also plays host to other royal carriages, including those commissioned for Edward VII (complete with smoking room) and Queen Elizabeth the Queen Mother. Those less interested in the royals can climb aboard at a real Japanese shinkansen (bullet train) or one of several 19th-century locomotives. 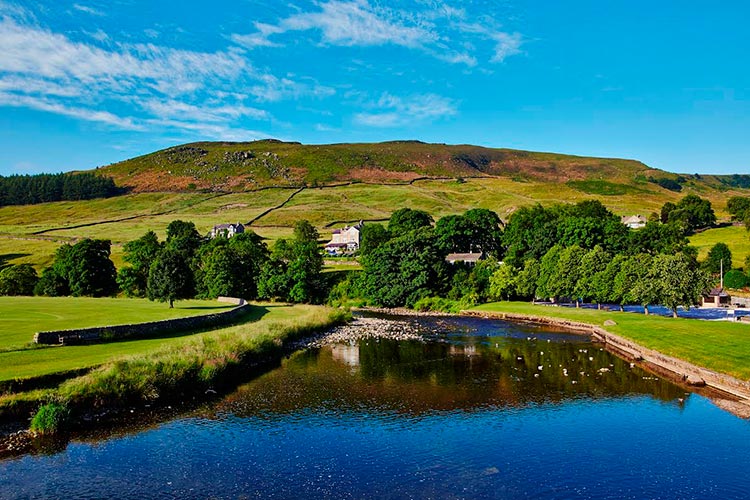 Jessica travelled to Yorkshire with support from the the Devonshire Fell Hotel, Burnsall. When Lonely Planet contributors receive assistance from travel providers such as tourist boards, airlines, and so on to conduct first-hand research, we retain our editorial independence at all times, and never accept anything in return for positive coverage.