TinyMart is sharing this content, the original was posted on Lonely Planet by ﻿Celeste Brash, May 13, 2014 • 4 min read, Lonely Planet Writer So please click here to go there
.

Known primarily for the quirky city of Portland, Oregon is a mostly rural state that holds a landscape diversity to rival anywhere in the US. Big hitter destinations like Mt Hood, Crater Lake, Cannon Beach and the Columbia Gorge get heavy fair-weather traffic but there are plenty of other amazing destinations where tourism flourishes lightly for only a few weekends a year. Long distances from major metropolises have kept many places pristine and the wow-factor makes them worth the drive.

Here are our favorite secret spots to see Oregon in all her glory without the crowds.

The Willamette Valley can get packed with Pinot Noir–tasting wine lovers on sunny weekends. Don’t skip the wines but do avoid the masses by taking the region’s low-key back roads along bucolic Hwy 47, dubbed 'Sip 47' for its bevy of great vineyards. Our favorite wineries here include Elk Cove (elkcove.com), one of the valley’s pioneer wineries with a sprawling view over the hills and vines, and Kramer Vineyards (kramervineyards.com), a mom and pop style place that specializes in delicious sparkling wines. Find a map and more details of Sip 47 at sip47.com, or get a local to drive and guide you by booking a tour with Grape Escape (grapeescapetours.com). 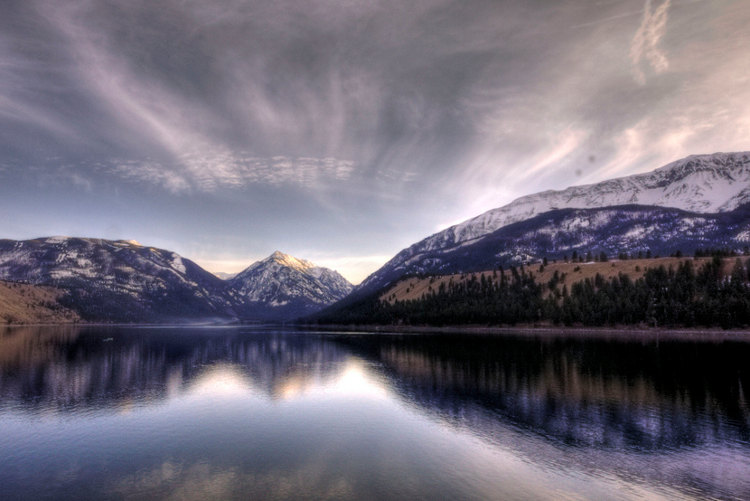 The state’s tourism department may have named the Wallowa Mountains one of the Seven Wonders of Oregon, but the mountains are so far east (about 330 miles from Portland) that, outside of summer weekends, few make it out this way. Accurately called 'Little Switzerland', these snow-topped, granite hills are covered in wild flowers through mid-summer and look a whole lot like the fabled mounts of Europe. Hike or horseback ride to clear glacial lakes or take the Wallowa Lake Tramway (wallowalaketramway.com) up steep Mt Howard (elevation 8255 ft) for views over Wallowa Lake and more hiking opportunities. For a taste of the Wild West gone artsy, head to the cowboy mountain towns of Enterprise and Joseph. 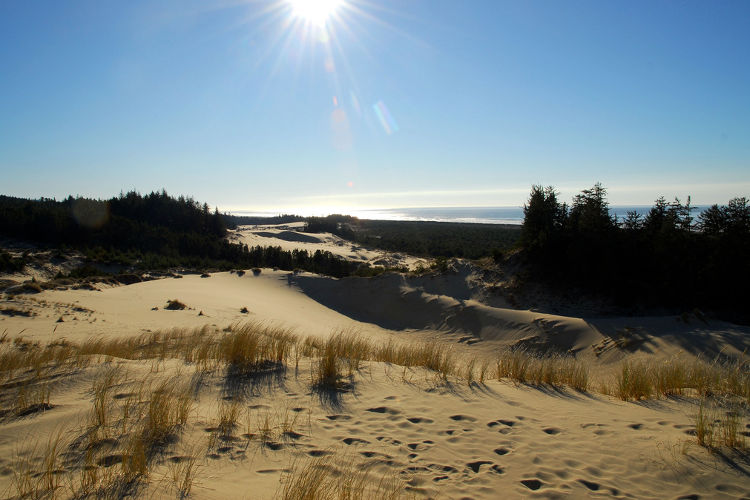 Other states may be better known for their beaches but the Oregon Dunes National Recreation Area holds the longest stretch of coastal dunes (40 miles) in the US. Not only that, but some tower up to 500 ft above sea level and in some areas the undulating sand extends three miles inland. A popular activity here is ATV and dune buggy riding, but the northern areas of the dunes hold peaceful spots for hiking, kayaking and fishing. Unsurprisingly, these beachy hills are partly what inspired one-time Oregon resident Frank Herbert to write his sci-fi novel Dune. 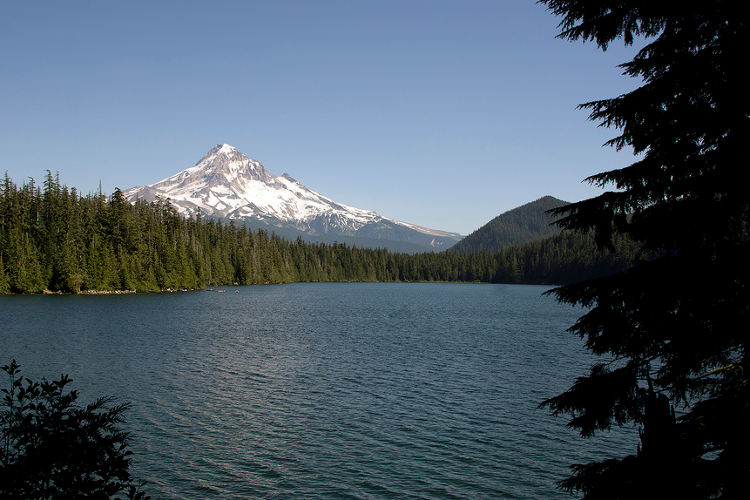 Between lofty Mt Hood and the lush Columbia Gorge, photogenic Lost Laketakes in the best of both worlds and offers a cool place for a swim. While it’s relatively unknown to Oregon newbies, locals in the know love this place; the 148 camp sites, seven lodge rooms and handful of cabins and yurts at the only lodging option, Lost Lake Resort (lostlakeresort.org), book fast on summer weekends. It’s also a beautiful, 85-mile day trip from Portland and the no motor boat rule makes it a peaceful spot for canoeing, hiking and trout fishing – all with an amazing view of pyramid-shaped Mt Hood.

Mention skiing in Oregon and everyone will think you’re talking about Mt Bachelor or Mt Hood. But what’s said to be the best powder in the Pacific Northwest is (shh) found at tiny, remote Anthony Lakes Ski Resort (anthonylakes.com), 7100 ft up, in Eastern Oregon. Leave your attitude at a lower altitude because with only one chair lift, a pull lift and a carpet lift for beginners, the 21 runs span over 30 kilometers of groomed terrain, plus a day pass here only costs US$35. Experience that 'old-time America' feeling with a stay at Baker City (35 miles away), where cozy motels start from US$40 a night. Yes, this may be the cheapest ski getaway in the US. 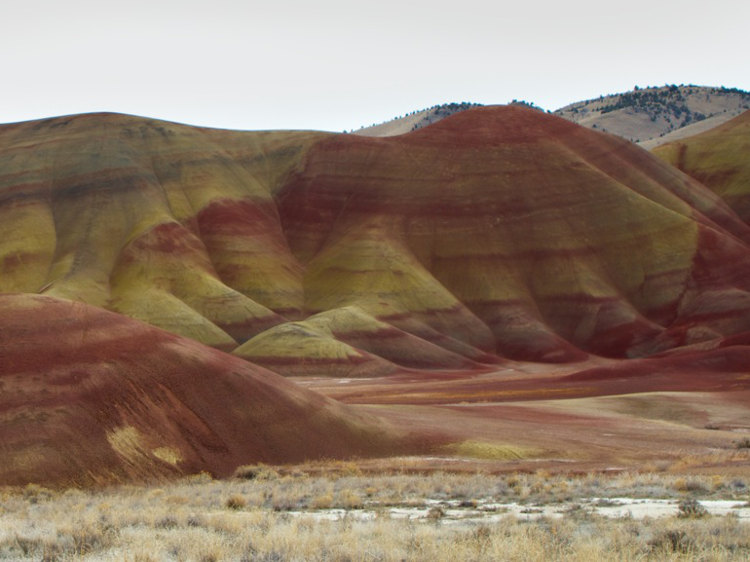 Out in the middle of nowhere, about 200 miles southeast of Portland, lies John Day Fossil Beds National Monument, some of the most amazing natural rock formations you’re likely to see anywhere. The highlight here is the psychedelic, horizontally striped Painted Hills that resemble crazy sand sculptures, but don’t miss the blue-green spires of the Sheep Rock Unit or fossil-filled palisades of the Clarno Unit. The Thomas Condon Paleontology Center sits conveniently between these three areas, so you can get an idea of what happened on Earth millions of years ago to create such unusual and striking geology.

Bird watchers, this one’s for you. This flood plain of shallow marshy lakes holds several refuges and extends across the Oregon border into California. It provides a habitat for around 1.8 million birds, ranging from bald eagles and tundra swans to white-faced ibis and pelicans. It’s particularly spectacular in February and March when the migrations are in full swing. A prime way to enjoy the refuge is by canoe – try the 9.5 mile paddle on Upper Klamath Lake. Nearby, well-serviced but otherwise not very noteworthy Klamath Falls makes the best base and is loaded with unusually friendly chain hotels and restaurants.