How to rediscover Barcelona on a Catalan night out

TinyMart is sharing this content, the original was posted on Lonely Planet by Joanna Cooke,  Mar 12, 2014 • 5 min read Lonely Planet Writer So please click here to go there
.

Barcelona has long been the city success story for Spanish tourism, drawing record numbers of international visitors every year. While the influence of the tourist euro on the city’s fortunes cannot be underestimated, for locals this success has come at a price as areas such as Barri Gòtic have changed beyond recognition.

Recently, however, Barcelona’s entrepreneurs have turned their attention to the local Catalan market. Neglected neighbourhoods and sites are being regenerated in a way largely sympathetic to history and surroundings, while big names like the Adrià brothers (of El Bulli restaurant fame) are creating new places to dine and drink aimed squarely at Barcelonins. Here’s how to follow their lead for a contemporary Catalan night out. 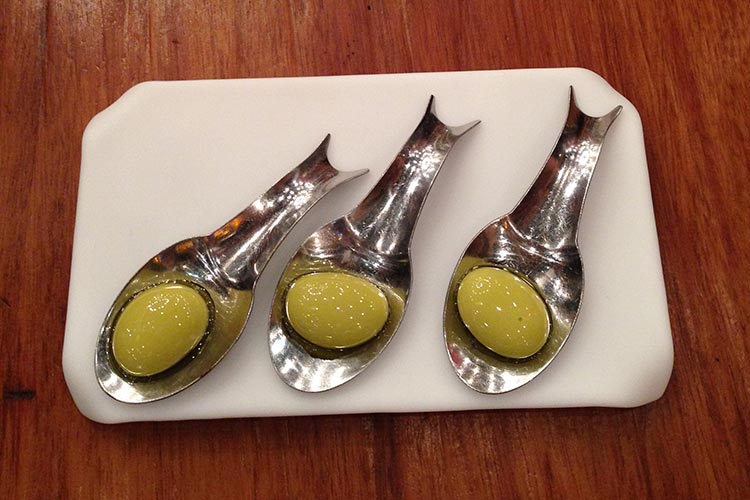 Situated next to Montjuïc’s art museums and Olympic sights, the area around Poble Sec and Sant Antoni used to be a bit of desert when it came to decent drinking and eating options, but a few key openings are shaking things up in this quiet neighbourhood.

Since the closing of El Bulli – widely hailed as one of the world’s best restaurants – in 2011, Ferran Adrià, along with his brother Albert, has turned his attention to Barcelona with the opening of the tapas bar Tickets and accompanying bar 41° (ticketsbar.es). Brightly lit and divided into six sections that reference different aspects of Catalan culture and cuisine, Tickets takes a fun, occasionally humorous approach to tapas-style dining.

Like El Bulli, there’s plenty of imagination on show, with deconstructed dishes such as liquid olives (truly astounding) and ham air baguettes (a crispy hollow bread wrapped in soft Iberian ham), but the prices are far cheaper and there’s a distinct lack of pretension. Indeed, while the Adrià connection has excited foodies, what strikes you more than anything is the quality and simplicity of the ingredients, which include oysters with gazpacho consommé, fat meaty razor clams, and crab wrapped in avocado. There is theatre involved, particularly in the setting, but the general experience is of quality food rather than showmanship. 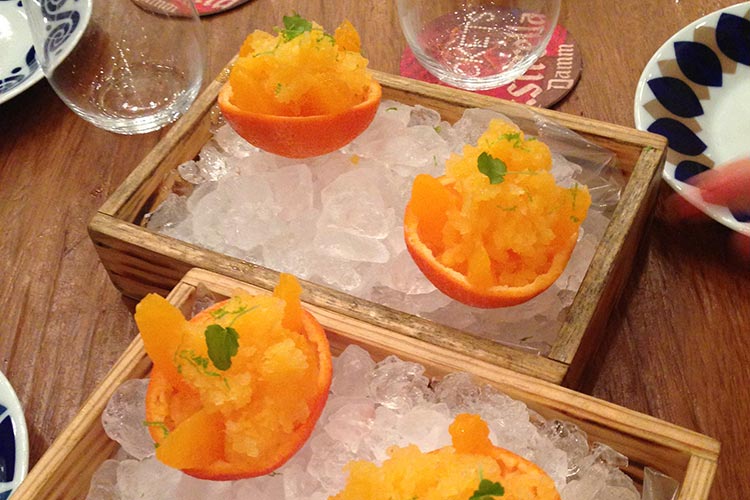 A granité orange gin at Tickets, where the quality of the food and drink is just as important as the showmanship of the surroundings. Image by Jo Cooke / Lonely Planet.

The out-of-the-way setting and popularity of the restaurant excludes it from the average weekend tourist itinerary (if you want in, book, book, book), meaning that if you are lucky enough to score a table, you’ll find yourselves largely surrounded by Catalans.

The transformation of Sant Antoni continues in the surrounding streets. Over the past three years a number of café-bars such as Federal (C/ Parlament 39; federalcafe.es) and Bar Calders (C/Parlament 25), Jonny Aldana (C/Aldana 9; jonnyaldana.com) and Bar Olimpia, have opened on Carrer Parlament and surrounding streets, attracting a young, hip, bar-hopping crowd which in some ways echoes the gentrification of East London in the UK and Williamsburg in the US, albeit with a distinctly Spanish lack of pretension. Such is the buzz around new openings that you can struggle to get in the door on a Saturday night. 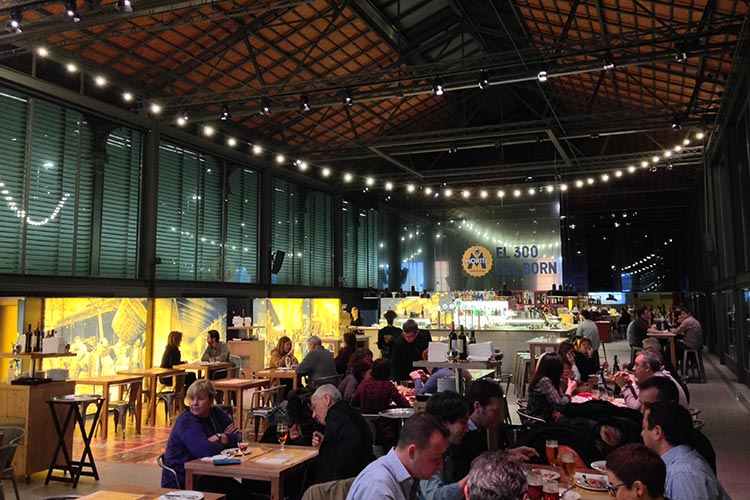 Sant Antoni’s neglected and disused buildings are also finding a new lease of life in the hands of local brands such as Moritz beer. A Catalan beer created in Barcelona in 1856, and still hugely popular throughout the city, Moritz has sought to avoid the ‘football and festivals’ route of beer-branding, instead turning its attention to renovating the former Moritz factory, now Fàbrica Moritz (Ronda de Sant Antoni 39-41; moritz.com), as well as a number of other sites throughout the city, including the Mercado del Born (El 300 restaurant; moritz.com/en/section/el-300-del-born).

Situated next to the busy Sant Antoni produce market and designed by architect Jean Nouvel, Fàbrica hosts a series of restaurants and bars, with a huge 140 Catalan specialities to choose from and – of course – Moritz beer. Brewed on the premises using natural spring water extracted just 50km away, it would be hard to find a more local beer. The renovated building features original brickwork, concrete walkways with planting and the brand’s original colourful advertising (examples of which are available in the classy on-site shop). A brewery tour and more dining spaces (lead by Michelin-starred chef Jordi Vilà) are on the cards for later in the year; in the meantime it’s worth a visit simply to taste a glass of Moritz beer at source. 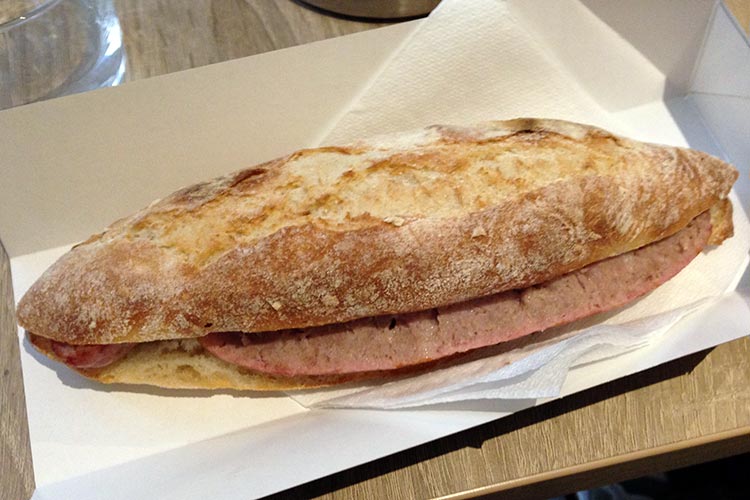 The humble butifarra - a type of Catalan sausage - reimagined for a new audience. Image by Jo Cooke / Lonely Planet.

While Moritz are taking a heritage brand and adapting it for 21st century Barcelona, small start-ups such as Butifarring (C/ del Call 26/Plaça St Jaume; butifarring.com) are taking traditional Catalan products and marketing them to a younger audience. Based just off Plaça St Jaume in the Barri Gòtic, Butifarring have followed the lead of recent US and UK fast food openings such as burger chain Shake Shack by focusing on a single product – in this case Catalan sausage, or butifarra – and doing it really well. With whitewashed brick work and bottled craft beer, the comparison with the artisan fast food scene elsewhere is easy to see, but above all the food – grilled sausages in crisp, floury bread – is a real winner. Butifarring claims to be passionate about staying true to its Catalan heritage and sources all of its ingredients locally according to the season.

Having surrendered so much to international tourism, Barcelona is now refocusing on regeneration. Its nouveau tapas and gentrification might not suit everyone’s taste, but at its heart is a love and respect for Catalan culture. And that can only be a good thing.

Jo Cooke is Lonely Planet's Destination Editor for Spain, Portugal & Turkey, so she's well practised in the art of a leisurely meal. Follow her tweets at @joannacooke1.

Jo travelled to Barcelona with support from Generator Hostels (generatorhostels.com). When Lonely Planet contributors receive assistance from travel providers such as tourist boards, airlines, and so on to conduct first-hand research, we retain our editorial independence at all times, and never accept anything in return for positive coverage.