How to eat like a local in Tibetan China

TinyMart is sharing this content, the original was posted on Lonely Planet by Daniel McCrohan,  Aug 18, 2010 • 2 min read, Lonely Planet Writer So please click here to go there
. 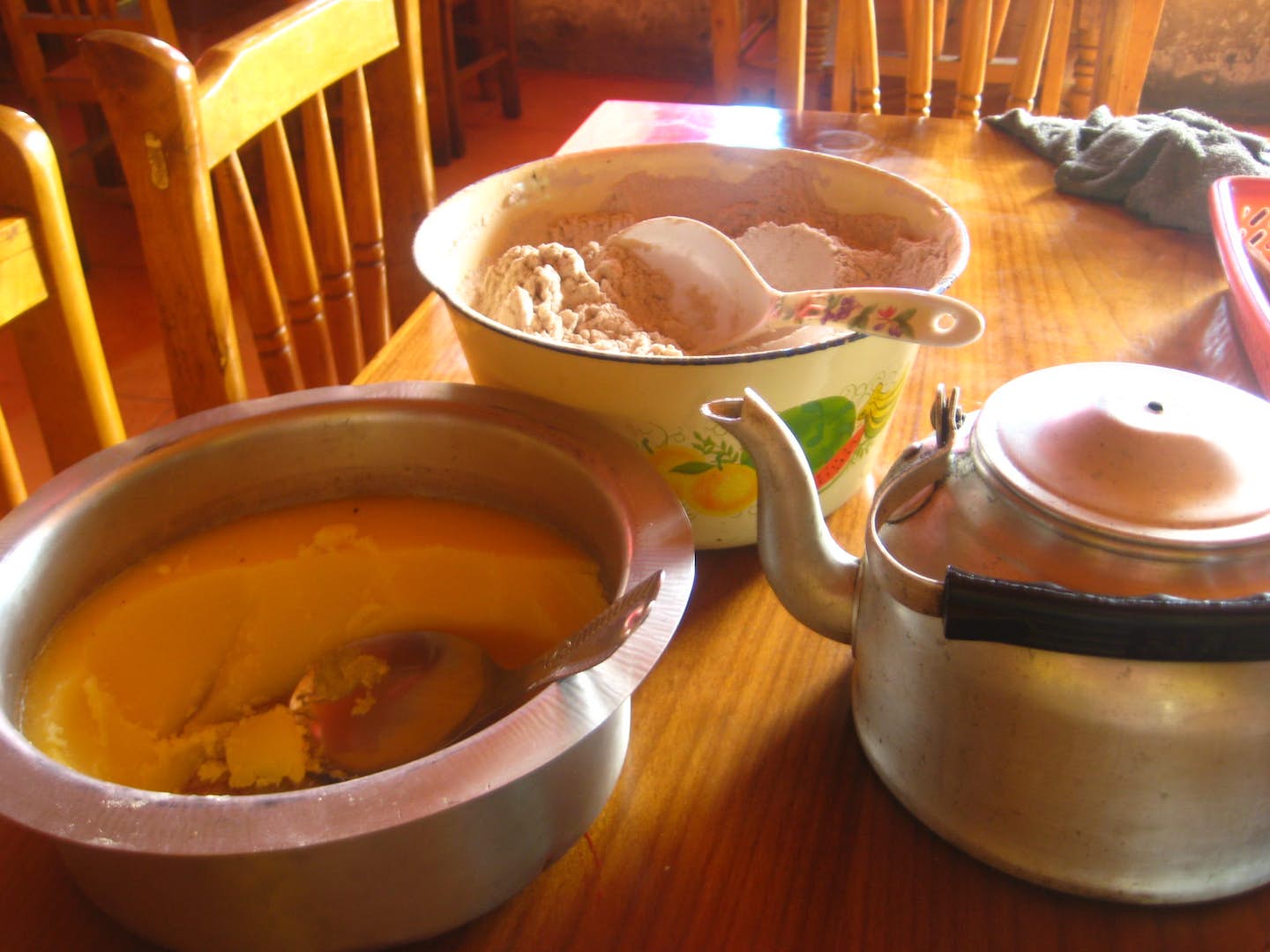 Visiting Tibetan China without sampling tsampa is a bit like going to Beijing and skipping the roast duck. Made from roasted barley flour, tsampa is incredibly healthy. It's the staple diet for many Tibetans, and if you stay with monks in a monastery it could well be the only food on offer.

That's fine so long as it's pre-prepared for you and kneaded into bite-sized pieces. But in more remote places, or in monasteries, you'll be presented with what looks like a bowl of sawdust. And you'll be expected to tuck in.

The trick is to mix that sawdust (the barley flour) with the blob of yak butter and warm butter-tea that's underneath it. The catch? You've got to do it with nothing but your fingers. Believe me, it's easier said than done.

I'm been traveling in western Sichuan for weeks now, but that clearly doesn't make me a tsampa expert, so if you've got any tsampa-eating tips, I'd love to hear them. In the meantime, here's my beginner's guide to eating one of the simplest dishes on the planet: 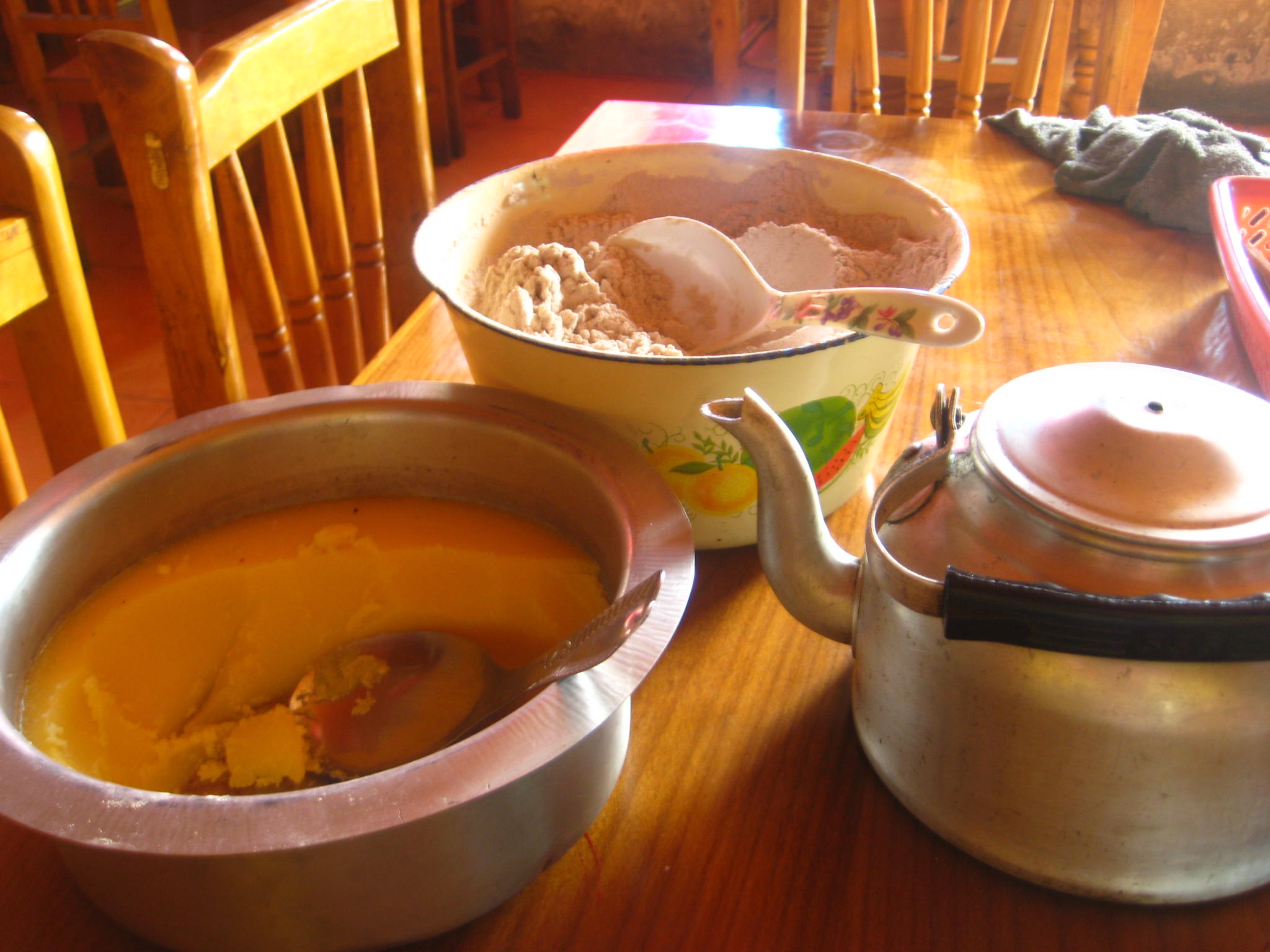 2. Stick a blob of butter, a bit of tea and a few spoonfuls of barley flour into your tsampa bowl. 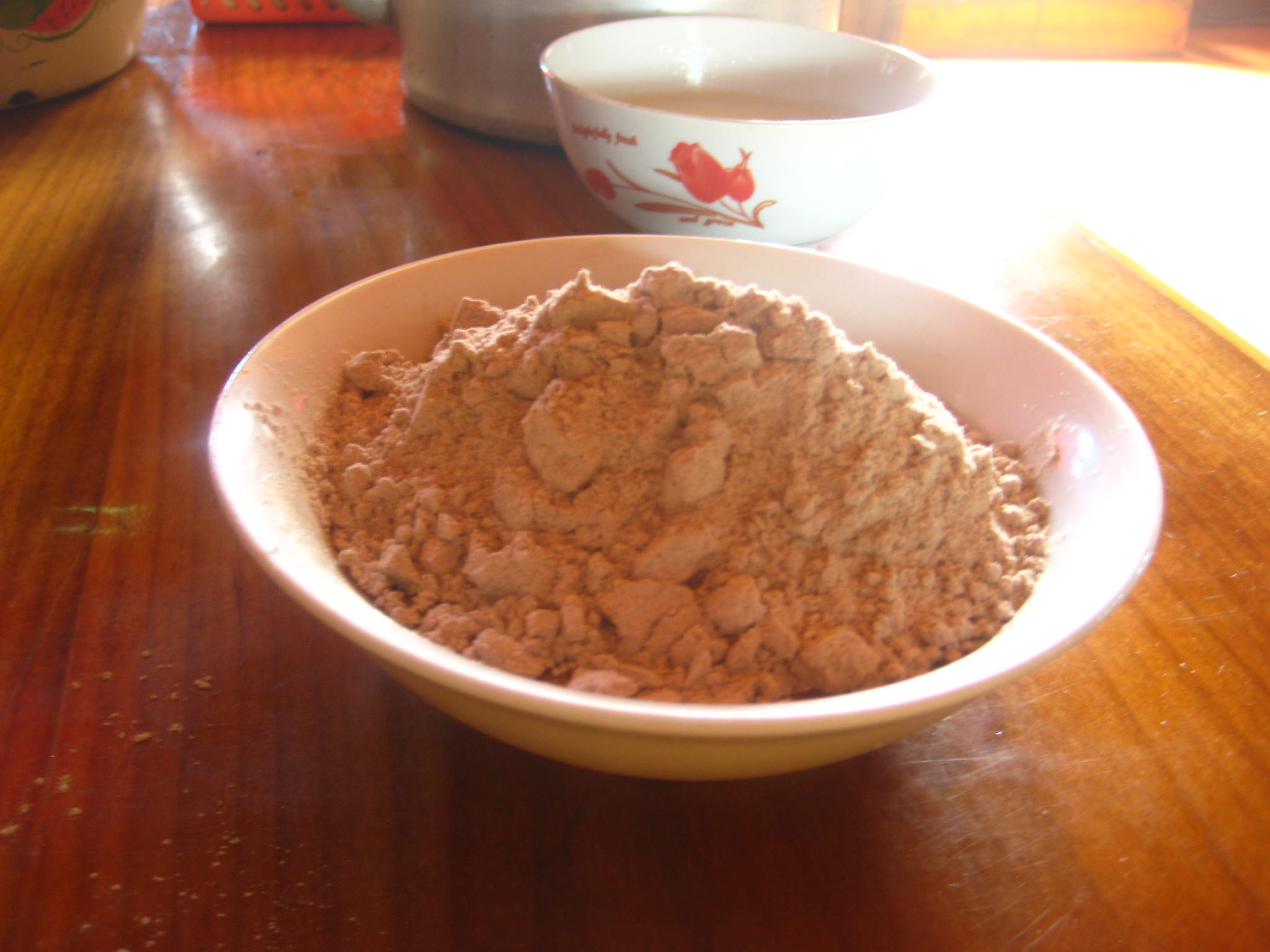 3. Use two fingers to press the flour down into the warm tea below it. Keep twisting the bowl round as you press. 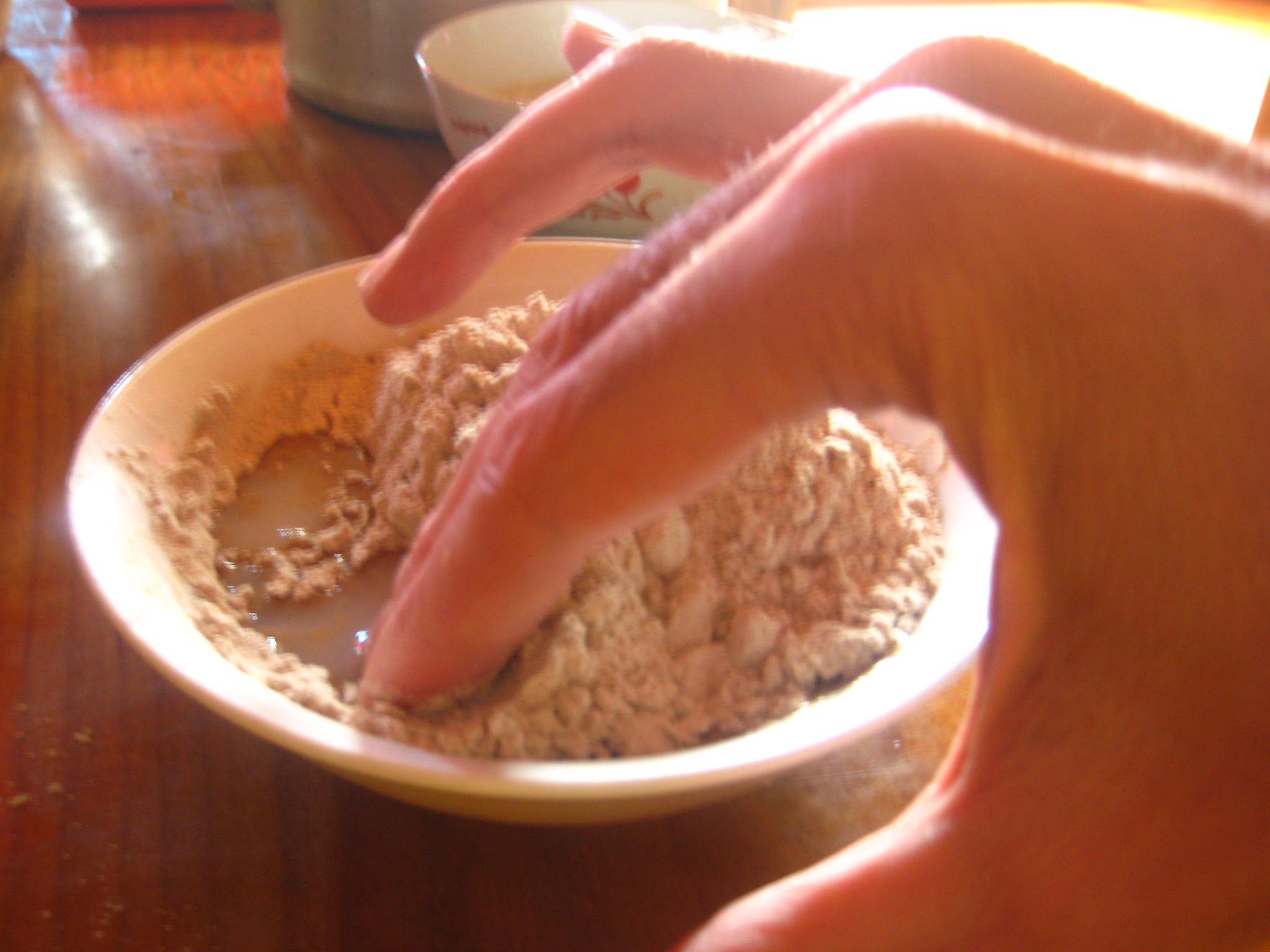 4. Cup your hand sideways to squeeze the mix together, again twisting your bowl. 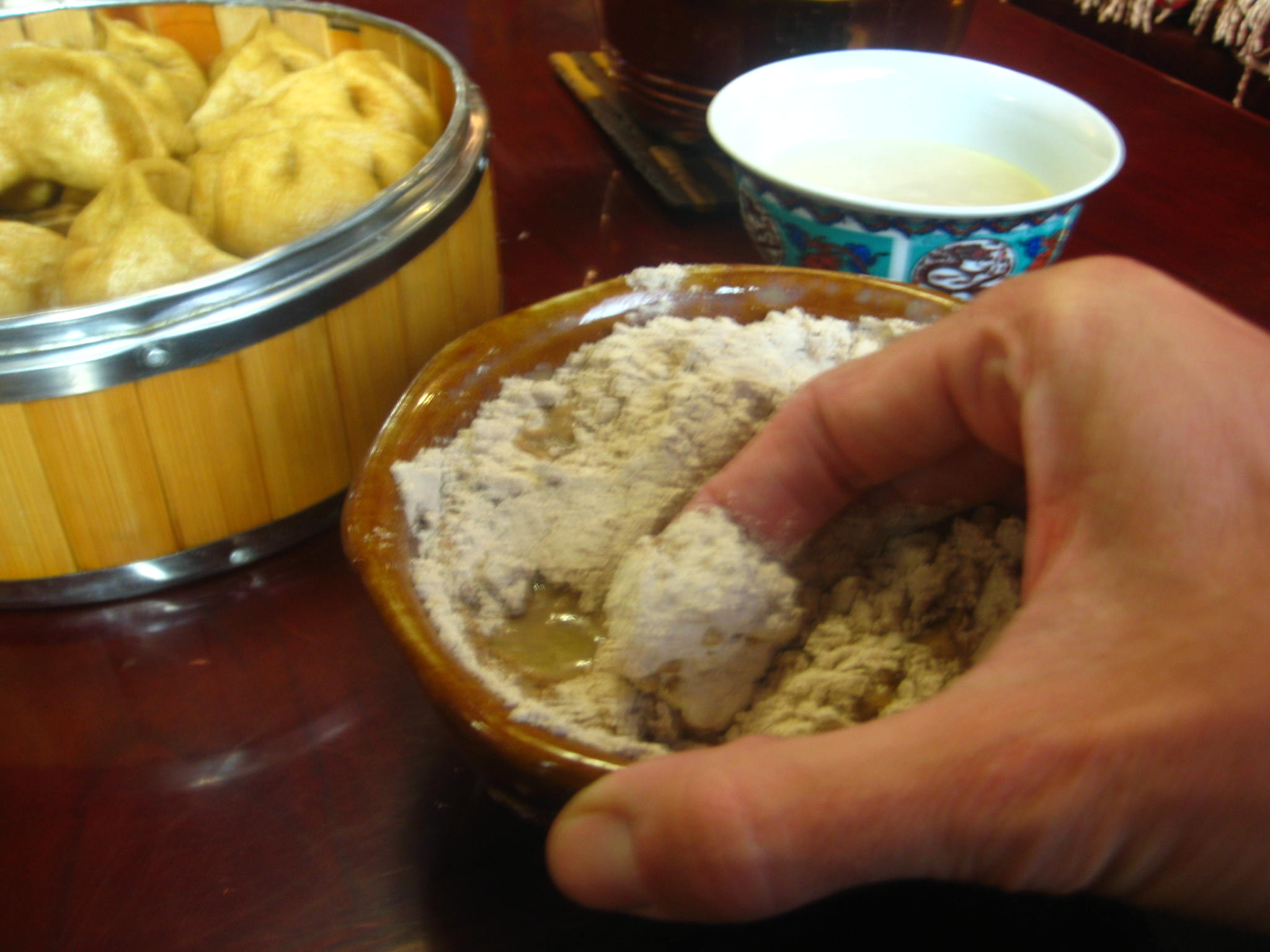 5. Finally, get stuck in with your whole fist and squeeze the tsampa mix tightly, again twisting the bowl so that the whole mixture is well kneaded. 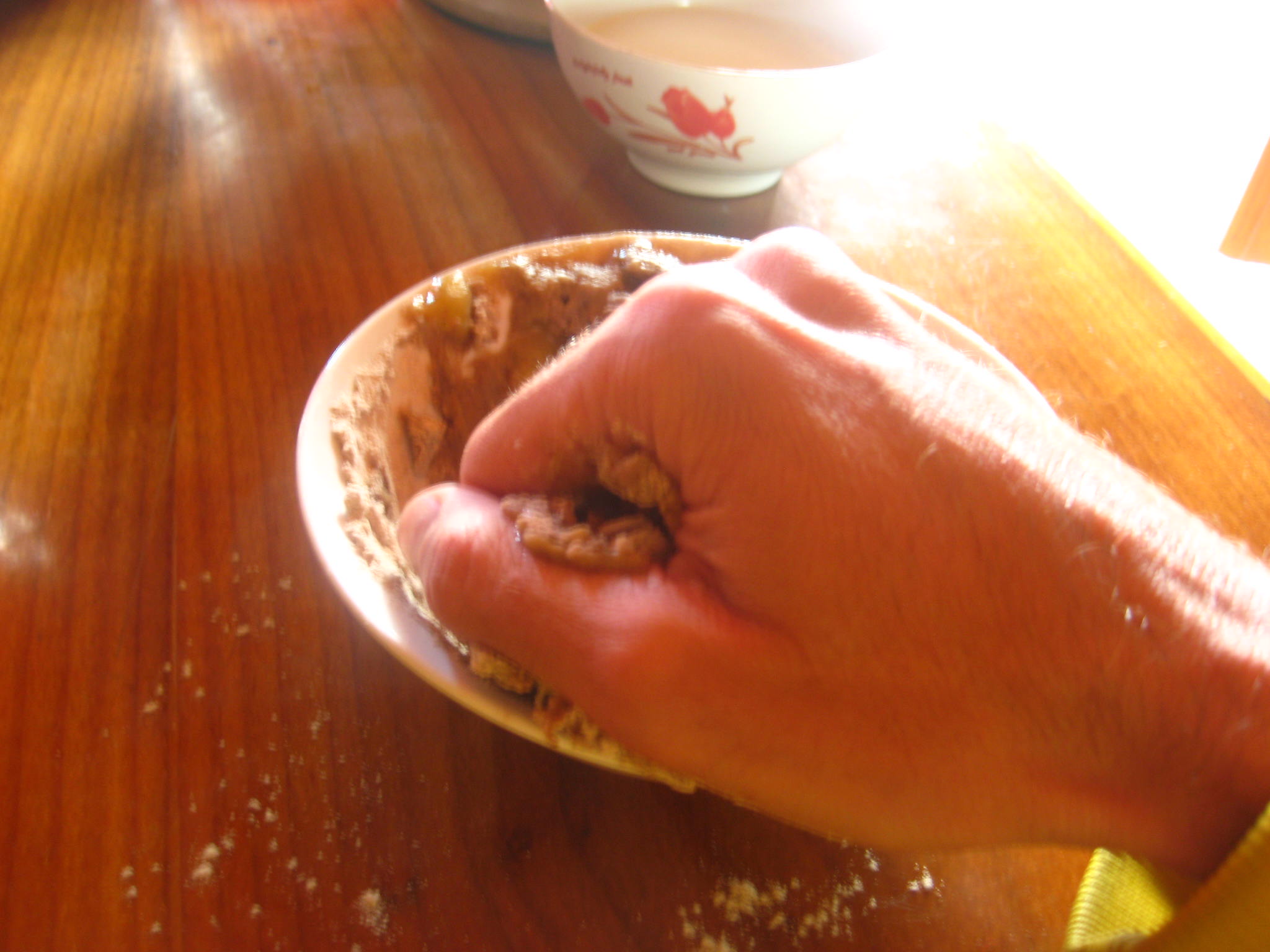 Step 5, get stuck in.  Image by Daniel McCrohan / Lonely Planet. 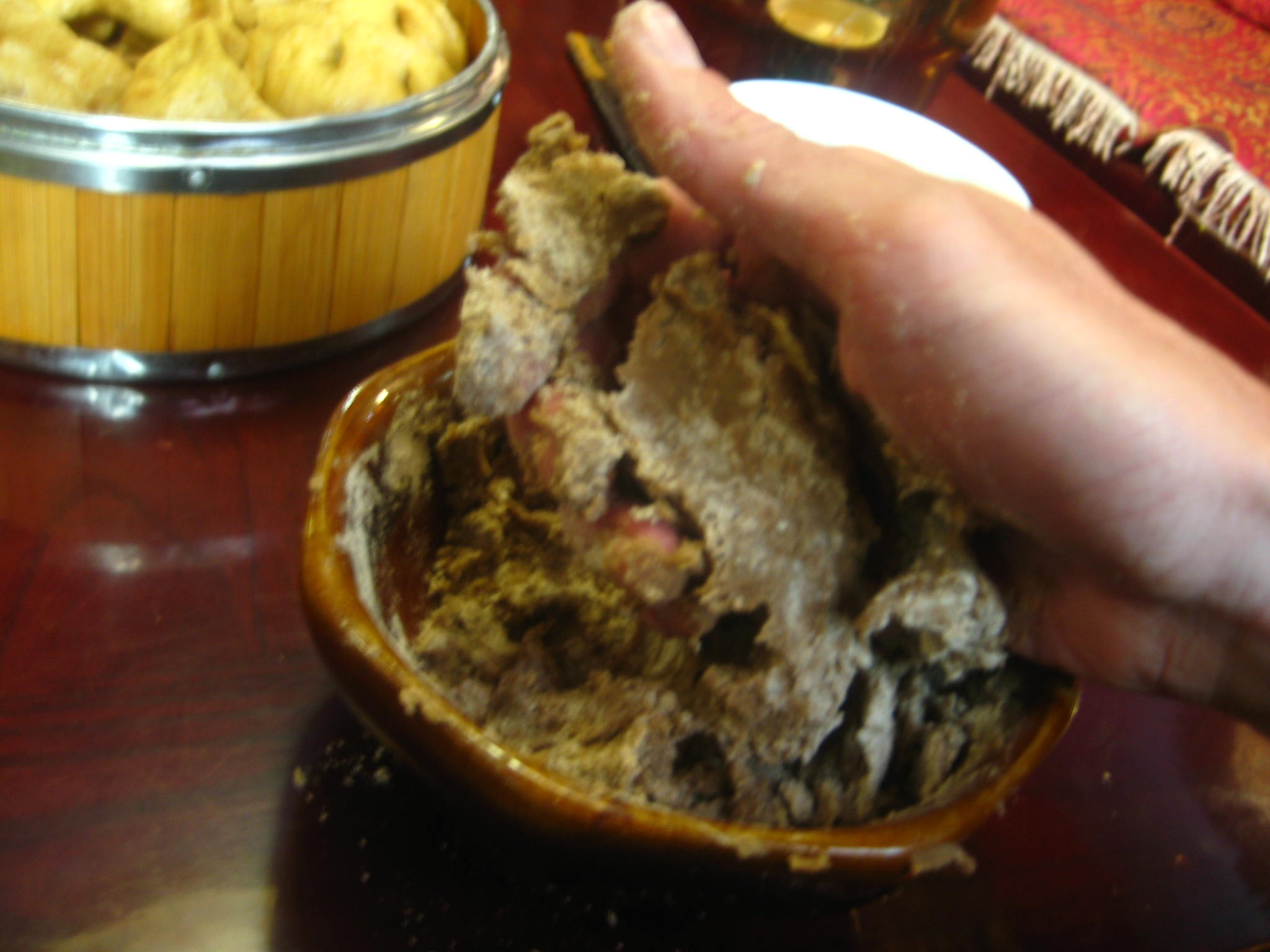 ... because everything suddenly falls into place. 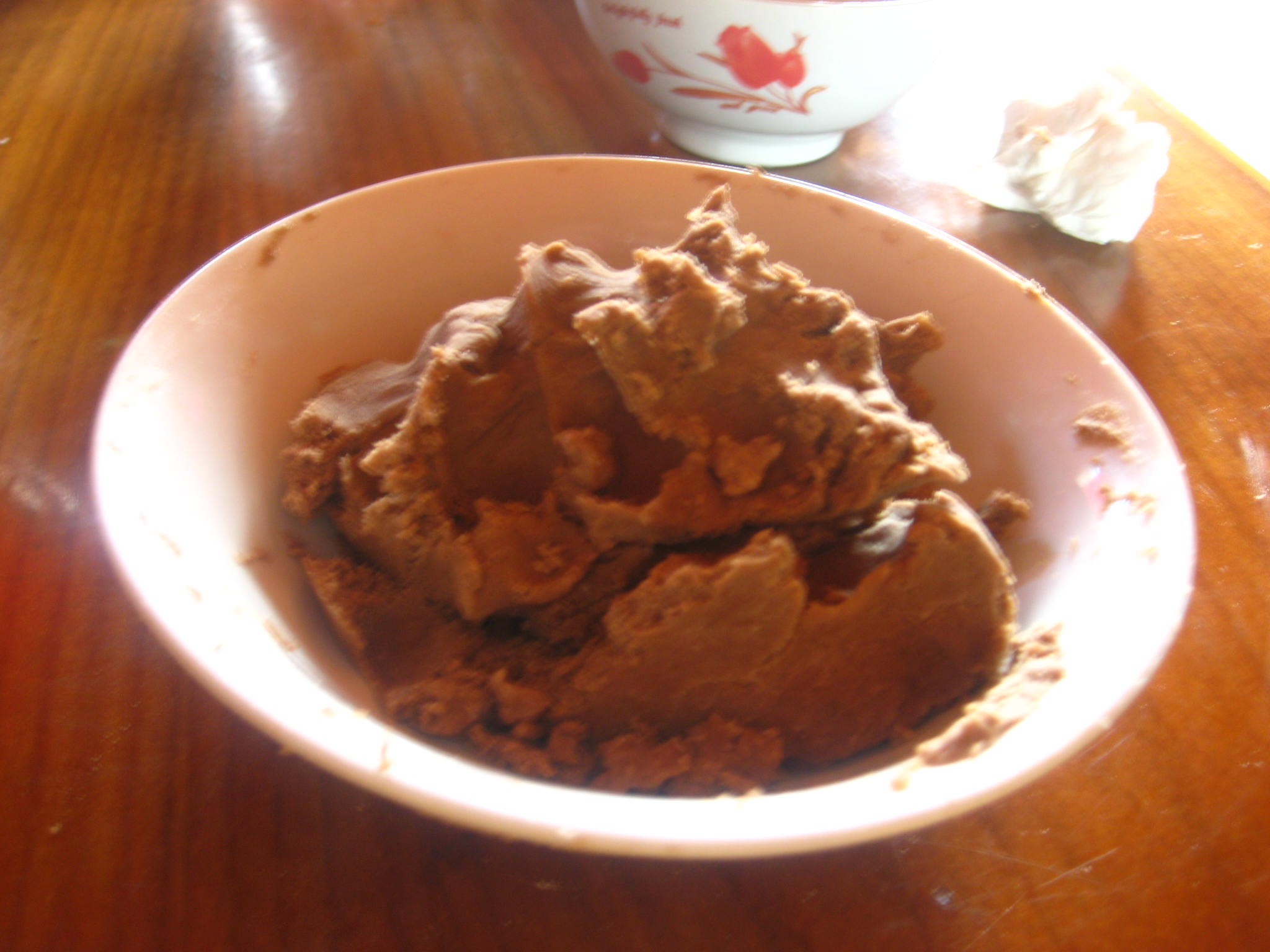 6. Finally, mould the dough into sausage-shaped pieces, and tuck in. 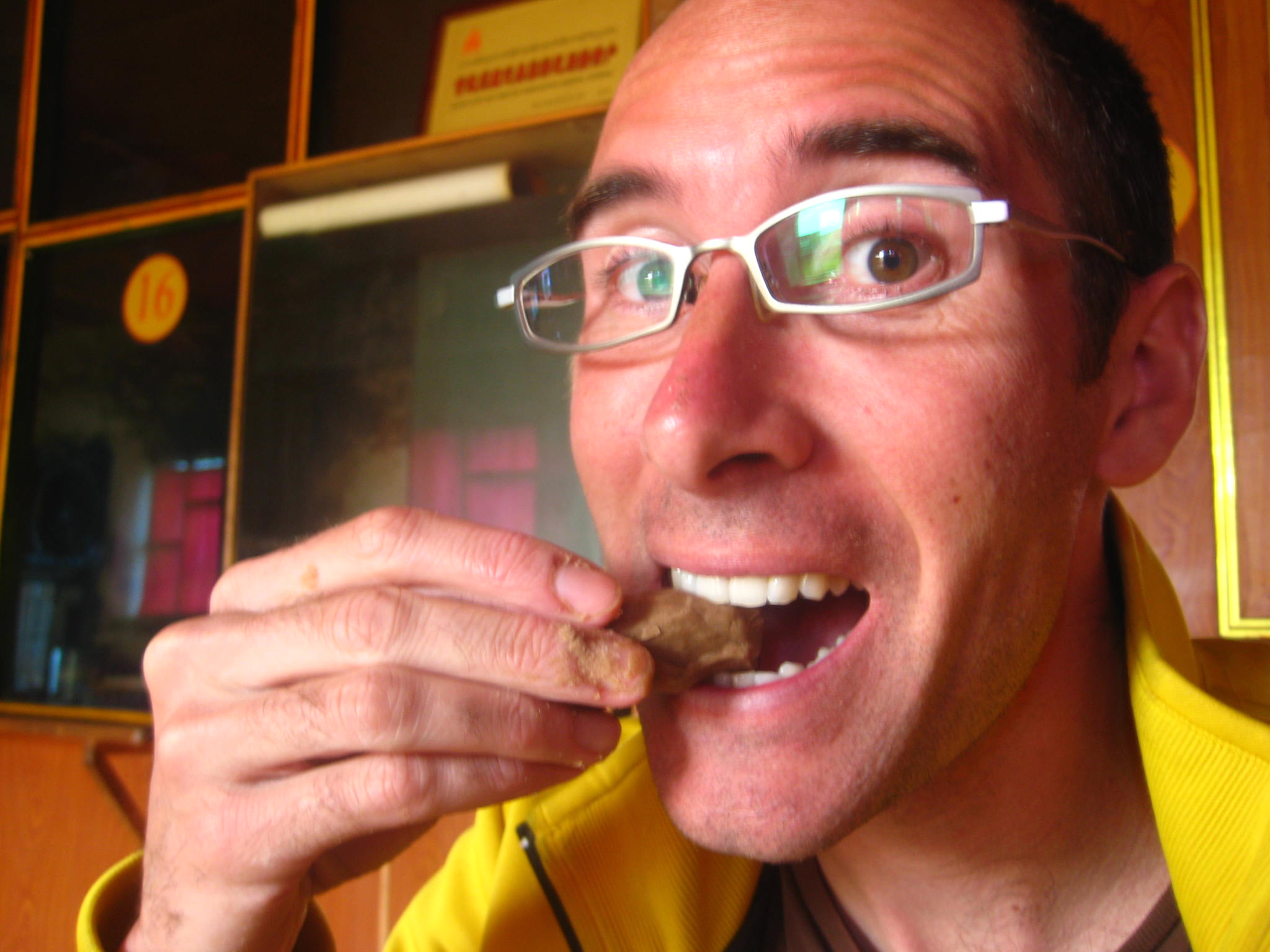 Tsampa is a bit dry on its own, so you'll find a pot of yak-butter tea makes the perfect accompaniment. You'll be addicted to both before you know it.