Discover the many flavours of Sri Lanka

TinyMart is sharing this content, the original was posted on Lonely Planet by ﻿Ryan Ver Berkmoes, Mar 19, 2014 • 5 min read, Lonely Planet Writer So please click here to go there
. 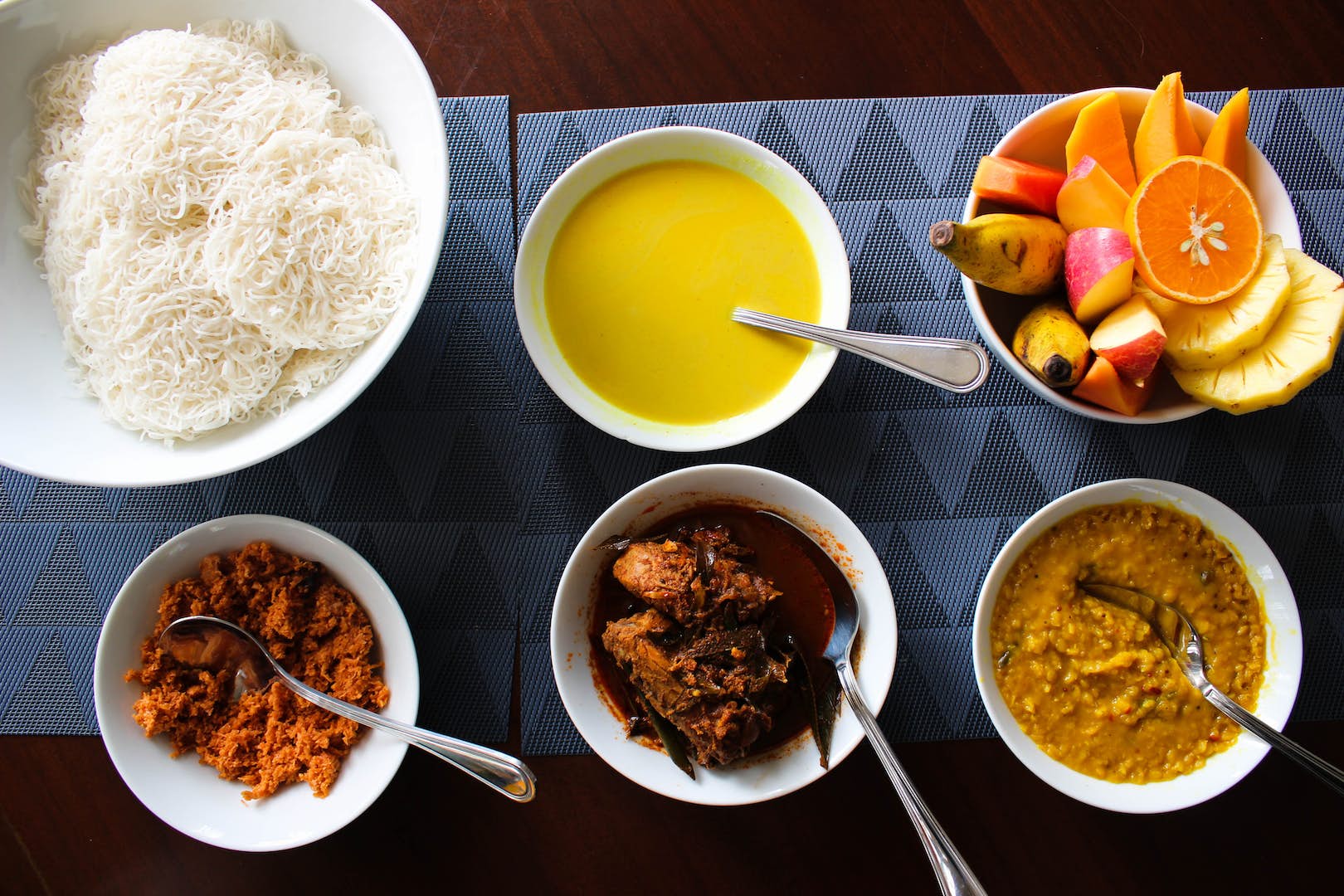 It sounds mundane: 'rice & curry' but it's really sublime. The national dish of Sri Lanka is a melange of flavours and dishes – an ever-changing array of tastes reflecting the skills of the cook and the bounty of the markets.

Sri Lanka's history and culture come together like a rice and curry meal. Its strategic position on the route between East and West and the neighbours, traders, immigrants and colonisers who have left their mark, together with its blend of Indian, Portuguese, English, Arab, Malay and Dutch cultures.

Come to the country for its beaches, culture, temples, hill towns, elephants and more, but leave plenty of room for its beguiling cuisine.

Food from the southern Indian state of Kerala has plenty in common with Sri Lankan cuisine: coconut milk in curries plus a love of seafood from bountiful coastlines. To this, Sri Lankans add in even hotter chillies (the heat is often tempered for western palates, even in seemingly 'local' restaurants, so if you want your food authentically spicy, say so when ordering).

Rice is a staple and is usually served at every meal. For rice and curry, you'll often have a choice of white, yellow or red rice. In some places you'll create your meal from an array of dishes on a buffet – especially at lunch. At others, your rice and curry will be served as a personal banquet of small dishes made from vegetables, lentils, meat (often chicken) or fish, and served with pappadoms, chutneys and sambol (a condiment made from ingredients pounded with chilli).

Good curries are everywhere in Sri Lanka – from roadside cafes to hotel buffets and everywhere in between. In Colombo, Green Cabin serves a buffet that is a standard for others. Or plunge into the Pettah market area where you can rub elbows at busy and simple places such as New Palm Leaf Hotel.

In Ella, it doesn't get simpler (or better) than the Matey Hut. Inside the fortress of Galle, a chef from a noted local family serves up a fine rice and curry at the tiny Spoon's Cafe. For an upscale version, try Fort Printers. Up north, don't miss Malayan Café across from Jaffna's bus station.

No matter where you enjoy them, note that rice and curry dishes come in myriad variations, and even the variety from one cook to the next is astonishing. Maybe your sides will include sweet-and-sour eggplant, velvety dahl, marinated snake beans, curried beetroot, okra, jackfruit or banana blossom…

Britain and the shared love of a good cuppa

In the mid-19th century, British colonisers discovered that Sri Lanka's Hill Country had a warm climate, altitude and sloping terrain: a winning combination for tea-growing. The Hill Country's tea capital is Nuwara Eliya (elevation 1889m), and it's here you can best experience the impact and the influence of the British through visiting the lush surrounding tea estates, plus the grand colonial hotels.

High Tea at the Grand sits pretty in manicured grounds and serves high tea every afternoon. Sandwiches, savoury tarts, cakes and scones (with the requisite jam and cream) are daintily presented on a tiered stand. A few hills over, drop into Mlesna Tea Centre, which sits amidst tea plantations in Bandarawela.

Elsewhere, in Colombo's wildly popular Old Dutch Hospital, choose from dozens of teas at the stylish T-Lounge by Dilmah, which is run by Sri Lanka's best tea producer.

Celebratory cakes in Sri Lanka are enjoyed with the slightest justification and often have a Dutch or Portuguese touch. 'Love cake' is made with semolina, ground cashews and honey, perfumed with nutmeg, cinnamon and rosewater. Look for it and others like locally popular bolo fiado, a layer cake of pastry, dried fruit and syrup, at bakeries island-wide.

Modern European cuisine can be found in top-end restaurants that have sprung up in parallel with Sri Lanka's tourism boom. Western flavours take on local flair with spices and flavours direct from the nation's markets. Colombo's offerings are many, including the hip Milk & Honey Cafe. Galle has emerged as a superb centre for food, try the upscale fare at Church Street Social. In beachside Negombo, Lords Restaurant blends east and west, while the Sanctuary at Tissawewa is a highlight of the resort of the same name in Anuradhapura.

Surrounded by water, Sri Lanka offers an amazing array of seafood, often served at restaurants right on the beach. To the sounds of surf, enjoy freshly grilled shrimp at Bu Ba in Colombo's Mt Lavinia. For something special, Colombo's wildly popular Ministry of Crab offers its namesake shellfish in myriad variations. Service is excellent and it's one of the nation's best restaurants.

Where there are tourists enjoying the sea, you're bound to find good fresh seafood. Typical is the boho Sana's at Uppuveli on the East Coast.

You'll enjoy two ubiquitous dishes in Sri Lanka, which are essential parts of daily eating. The first, hoppers, are usually served at breakfast. These wispy, crispy, bowl-shaped pancakes made with rice flour and coconut milk are best enjoyed hot from the pan. A favourite way to eat one is with a fried egg cooked inside, then topped with chutney or spicy sambol.

An essential way to start the day, hoppers are sold at humble eateries in the centre of every city and village. They are widely served at hotels, from simple guesthouses to lavish resorts.

Another cheap and cheerful staple is kotthu. Starchy, savoury and addictive, this uniquely Sri Lankan fast food takes leftover rottis, which are sliced up and fried with some combination of vegetables, meats and cheese (the latter is especially popular). The addictive results are served steaming and can be found at all hours of the day and night in larger cities. In Colombo, the original Hotel De Pilawoosmakes the definitive kotthu.

The delicious dessert of wattalappam, concocted from jaggery (brown sugar made from kitul palm), coconut milk, egg and cardamom, likely originated from Malay traders from the Spice Islands. Wattalappam has the consistency of a custardy cake – try it at Mama's Galle Fort Roof Cafe.

Kitul syrup (commonly called treacle, or even honey) is excellent with curd, a yoghurt made from buffalo milk that's enjoyed through the day. Head directly to Ella's Curd Shop for a classic example.