TinyMart is sharing this content, the original was posted on Lonely Planet by ﻿Daniel McCrohan, Aug 20, 2010 • 4 min read Lonely Planet Writer So please click here to go there
.

Nobody does tea better than the Chinese. And nowhere is China's tea culture better represented than in Sichuan province. But there seems to be more teahouses here than leaves in a cup of jasmine, so to help you decide which ones to visit, here are my top 10 Sichuan teahouses.

I'm pretty confident I've nailed the best ones, but if you've found any gems I've missed, please chip in.

1. Wangye Temple, ZigongZigong, the one-time salt-mining capital of China, is also the king of Sichuan teahouses, and its jewel in the crown is housed within the ochre-coloured walls of this 100-year-old temple. Perched above the Fuxi River, Wangye was built to ensure safe passage for boats transporting salt downstream. No longer an active temple, it's now the perfect hangout for salt-of-the-earth locals who come here for tea, banter, card games and a great river view. 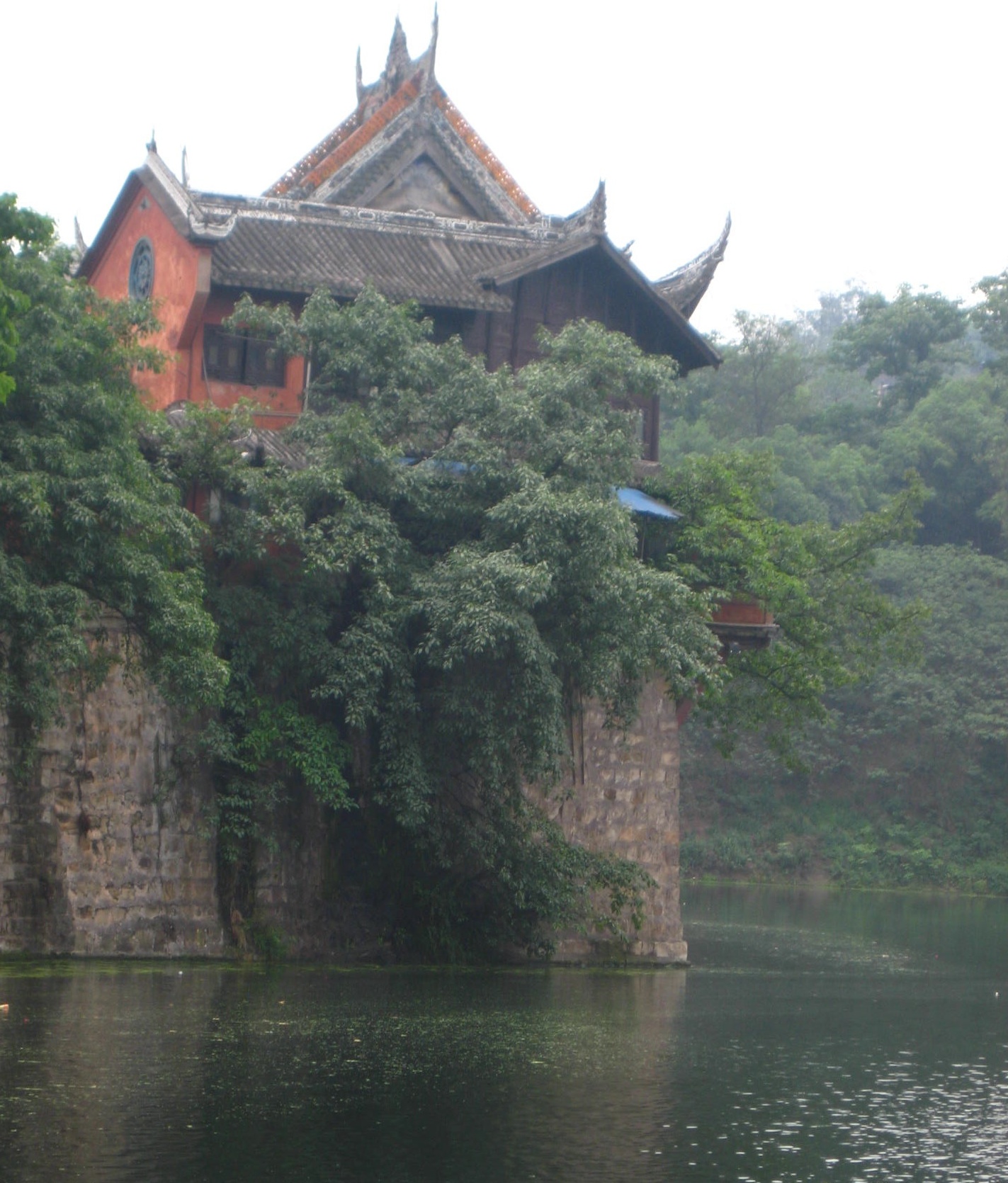 2. Huanhou Palace, ZigongZigong does it again with this fabulous teahouse located inside an 1868 butcher's guildhall. No river views with this one, but the hugely imposing stone facade has to be the most dramatic entrance to any teahouse in China. Step inside and you'll find seating in a tree-filled, open-air courtyard bordered by intricate stone carvings, wooden beams and a charming old stone stage. 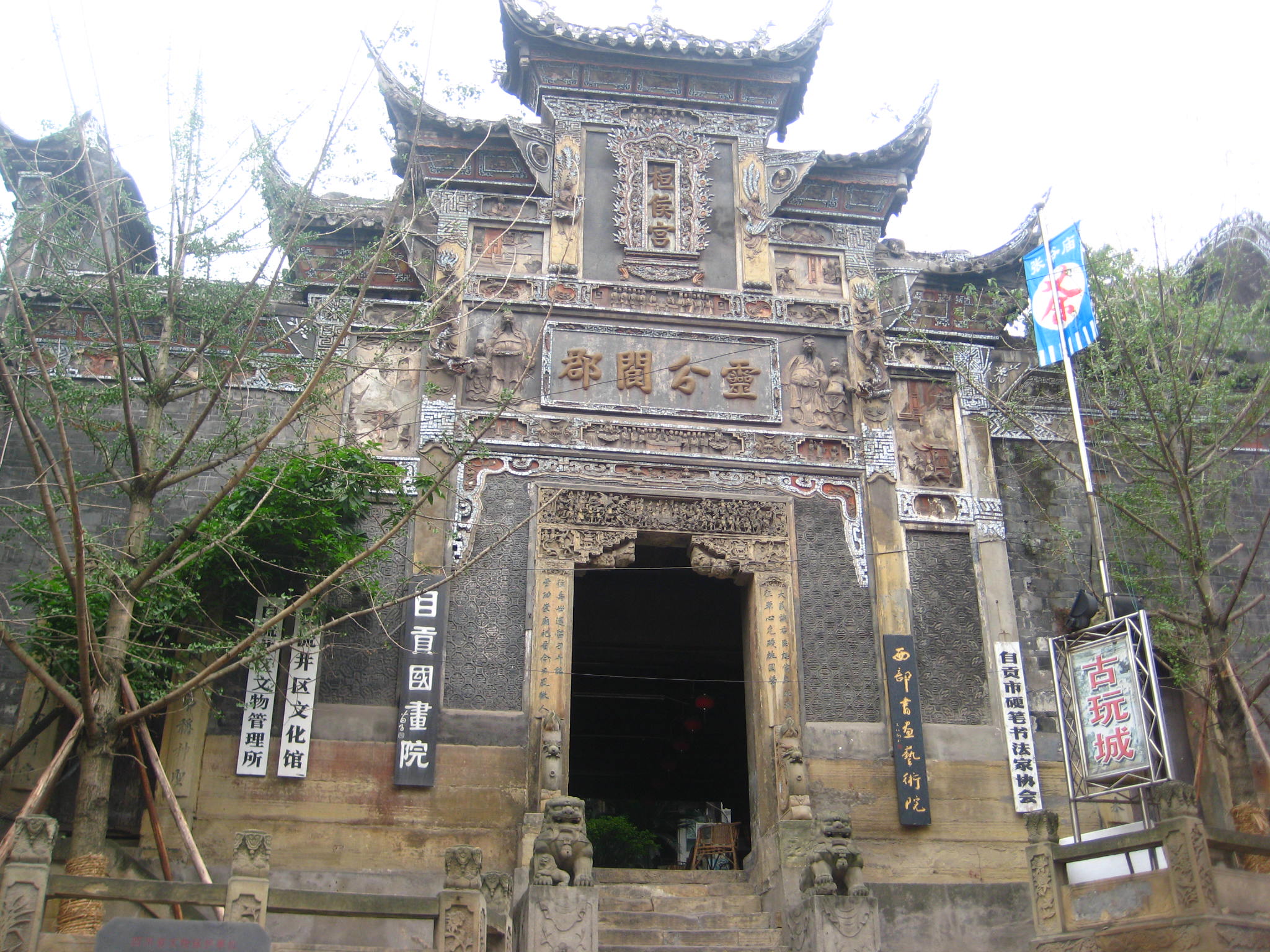 3. Heming Teahouse, People's Park, ChengduAs Sichuan's capital city, Chengdu naturally has its fair share of wonderful teahouses. This one, in the city's most central park, is perfect people-watching material. Many locals, particularly elderly ones, seem to spend all day everyday here, sitting by the small lake, sipping tea while they play cards, gossip, have their hair cut or even have their earwax removed! 10 yuan (US$1.5) per ear, in case you were wondering.

4. Any teahouse by the river, PingleNot one single teahouse, but a whole row of them, all lined up along the riverside in the ancient town of Pingle. Art students flock here to paint the scenery, and for good reason; it's gorgeous. Order a pot of China's finest and sit beside a wooden Ming dynasty building while you watch other tourists punt their way along the river on bamboo rafts.

5. Tibetan Restaurant, GanziAbout a third of Sichuan lies across grasslands and mountains rising up towards the Tibetan plateau, and much of what you find in the west of the province is more Tibetan than Chinese... including the teahouses. Tibetan Restaurant is actually a teahouse in disguise. Although it does food - in this case excellent food - for most of the day its prime purpose is to serve gossip-hungry Tibetans their daily fix of yak-butter tea. Staff members are wonderful and the decor - a riot of golds, reds and blues - shows you that this is Tibet in all but name. 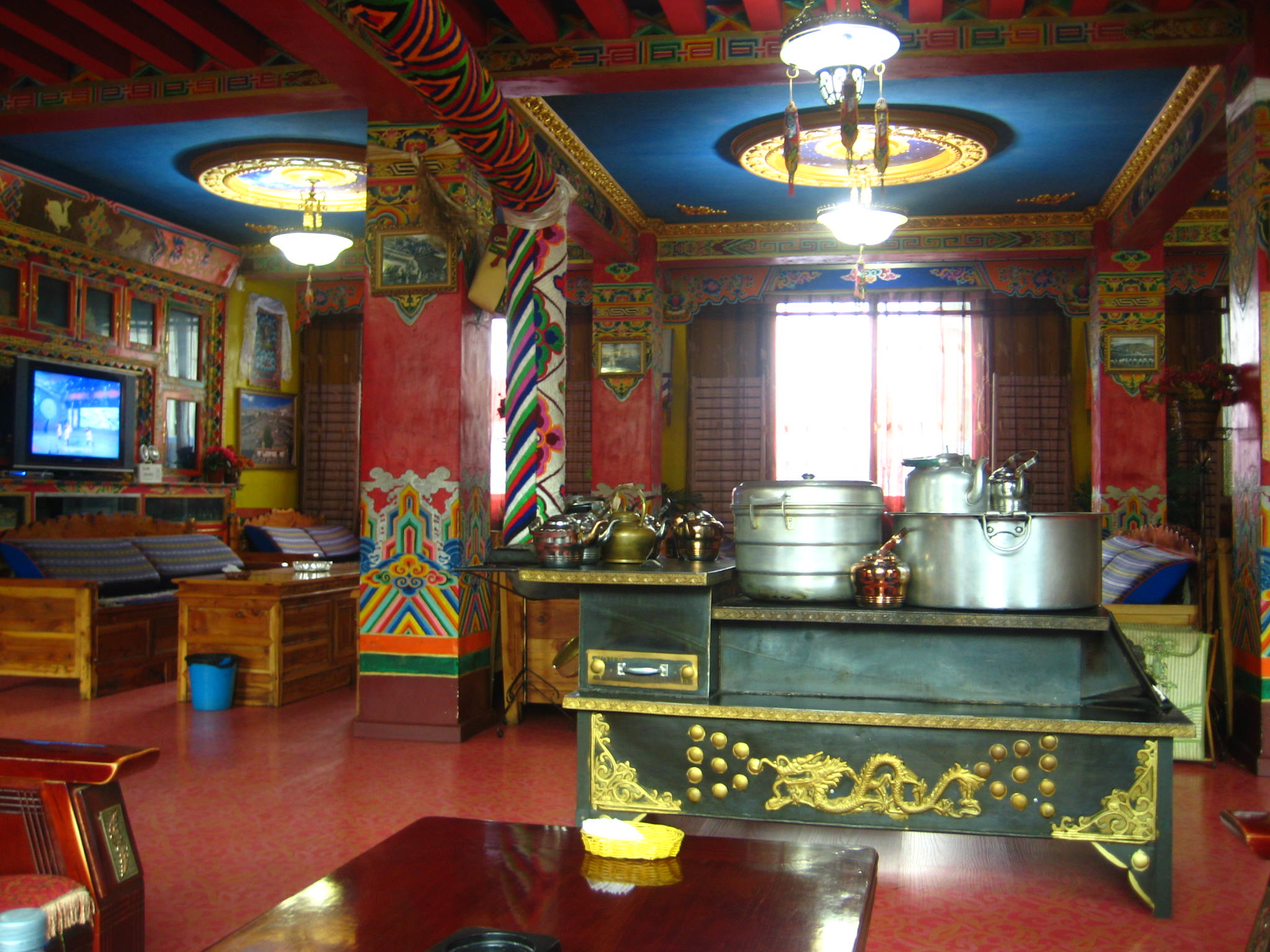 6. Tibetan Culture Dew, KangdingKangding isn't quite as deep into Tibetan territory as Ganzi, but this is still a great place to hang out with yak-butter-tea-sipping locals. The outside of the building is distinctly Chinese (think white-tiled housing block), but inside is more rustic, with stone walls and wood beams decorated in colourful Tibetan prayer flags. There are all sorts of tea if you don't like the yak-butter variety, plus coffee and beer. And the menu is in English.

7. Yingyue Tea Garden, SongpanA change of scene here at Yingyue, or Moon Reflection Tea Garden, as you sit in a bamboo chair overlooking the river that runs through the north Sichuan village of Songpan. This is mahjong territory, and locals sit in fours around tables playing the ancient Chinese game until...well, until they can see the moon reflected in their cups of tea.

8. Shangqing Temple, Qingcheng ShanThe lush, forested mountain known as Qingcheng Shan has been a Taoist retreat for more than 2000 years and right near the top, in amongst the trees, is Shangqing Temple, a Qing dynasty rebuild of the original Jin dynasty temple. The temple is still active, but monks here welcome guests to eat in their small restaurant or enjoy a brew in their lovely little teahouse. You'd be hard pushed to find more peaceful tea-sipping surroundings.

9. Yuelai Teahouse, ChengduAdjoining Jinjiang Theatre - the best place in Chengdu to watch Sichuan Opera - Yuelai is just an ordinary teahouse for most of the week, but it comes into its own on Saturday afternoons when it holds intimate opera performances on its small stage. Tickets for shows at the theatre can set you back 260 yuan (US$40), but at Yuelai Teahouse you can watch Sichuan Opera for 20 yuan (US$3).

10. River Viewing Pavilion Park, ChengduThis little-known park near Sichuan University is dedicated to the celebrated Tang dynasty poet Xue Tao. It is also known for its bamboo, and features over 150 varieties, from bonsai-sized potted plants to towering giants that create comfortable shaded areas for the tea gardens here. Tea and bamboo: it doesn't get more Chinese than that.