Best hangover foods from around the world

TinyMart is sharing this content, the original was posted on Lonely Planet by ﻿Caroline Sieg, Jun 13, 2014 • 5 min read, Lonely Planet Writer So please click here to go there
.

It’s 10am and you vaguely recall last night involved small glasses of something resembling vodka standing to attention on the bar as you slid off your stool and into a roller coaster dressed up as a taxi and the coffee you just ordered tastes like brown water and you can’t find your sunglasses and why must the sky be neon blue?

We’ve all been there – enjoying too much of the local tipple after a long day of travel and irregular meals, then paying the price in the morning. But when in foreign lands, why not embrace foreign solutions? Here’s our roundup of some of the world’s most popular hangover cures.

For a quick hangover fix in England, locals pick up a sausage roll (sausage meat encased in flaky, buttery pastry) but the true fix is the full English breakfast, also known as the fry-up. Think serious heart-attack food: eggs, bacon, sausage, baked beans, fried or grilled tomatoes, mushrooms, and fried bread or toast slathered in butter, plus essential condiments like HP Sauce (a thick brown sauce with a malt vinegar base) and tomato sauce (ketchup). Greasy and salty, the full English hits the spot even if you can’t move afterwards. 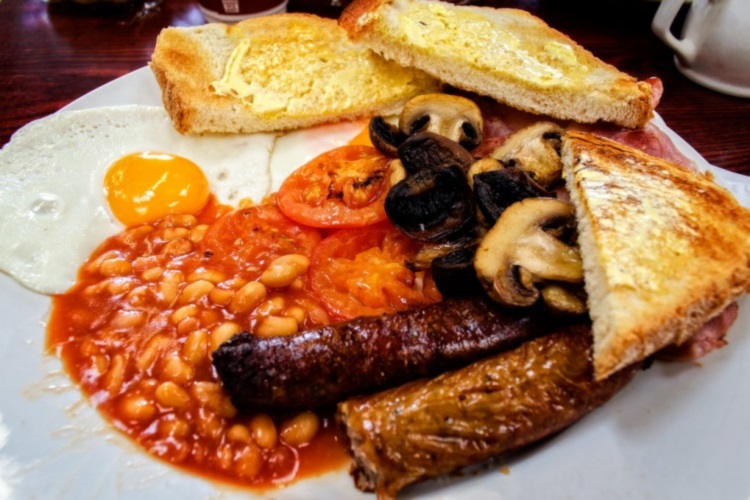 Scotland favours the fry-up too, but haggis or black pudding, and tattie scones (potato scones) stumble onto the same plate. It’s all washed down with caffeine-rich Irn-Bru, a neon-orange-coloured fruity soft drink known as Scotland’s ‘other’ national drink. We see a logic here: overindulge in national drink number one (whisky), fix with national drink number two…

Italians keep it simple: kick back an espresso or three, snooze with your shades on and just deal with it. But Sicily does things its own way with an old-school remedy: munching on dried bull penis. While it’s a bit like beef jerky or biltong (dried meat, originally from South Africa), bull genitalia is known to be… chewier. You have to wonder if it’s the post-chew gagging reflex that actually does the trick.

A load of tripe, or is something fishy going on?

Throughout the Balkans and Turkey, it’s all about tripe soup. Variations include a mix of vinegar, paprika, onion, garlic, milk, bacon, egg or lemon. But if innards make you queasy, Germany’s Katerfrühstück – pickled herring, gherkin and onion, otherwise known as rollmops – might be a better bet. At least they all boast heaps of protein, which is always a good sign in a hangover cure.

In Thailand the appropriately named ‘drunken noodles’ (pad kee mao) – a spicy dish with stir-fried rice noodles, meat or tofu, soy sauce, garlic, vegetables and potent chillies – packs a fiery punch to jolt you out of that daze. 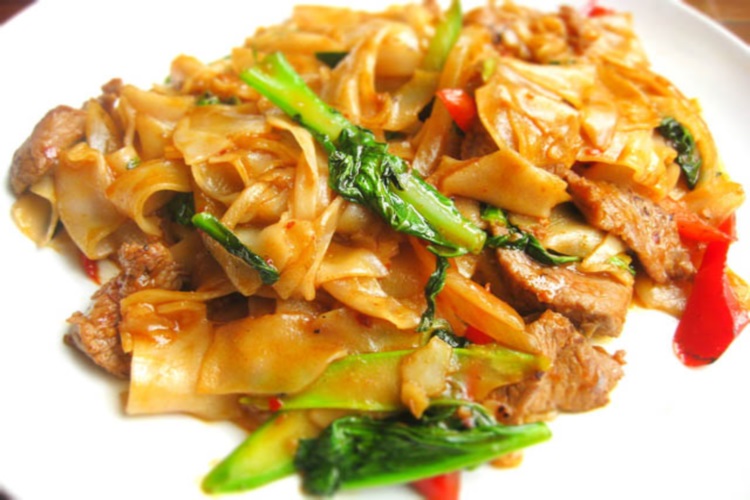 A pinch of salt

In New Zealand foggy-brained souls reach for a mince-and-cheese pie, plus chocolate milk with a pinch of salt. We’re not sure how or why this works, but the mix of protein, sugar and salt seems like a well-rounded solution.

In Mexico the hangover antidote is a spicy ceviche called Vuelva de la vida(return to life), perhaps because too much tequila often feels like death? This path back to the living world mixes prawns, squid, seafood, clams and oysters marinated in citrus and tomato juices, topped with pico de gallo (chopped tomato, onion and chillies). Depending on the region, avocado is thrown in.

When you’re travelling in Brazil, drinking is all about the caipirinha, a cocktail of cachaça (spirit made from sugarcane), lime, sugar and heaps of ice. It gives you the pep you need to improve your samba sway but too much of this potent drink won’t groove well with your brain. The morning after, reach for moqueca for sustenance, a Bahian fish stew with coconut milk, onions, garlic, coriander (cilantro) and palm oil. 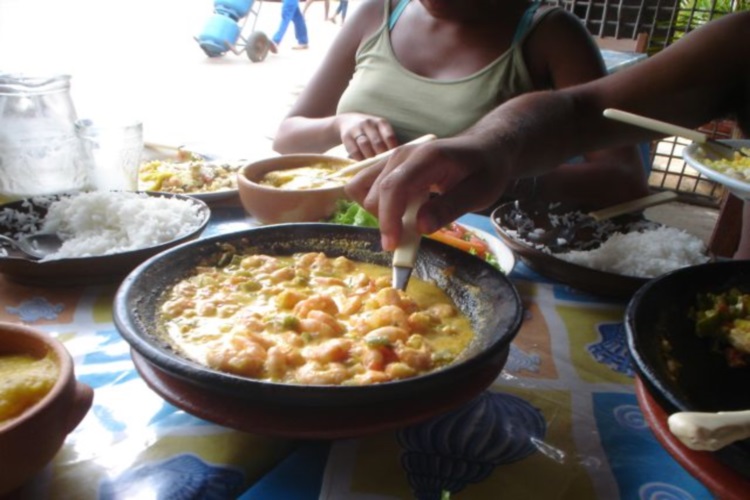 Raising of the dead

In Bolivia go for fricasé, also known as levanta muertos (raising of the dead), a thick stew with spicy yellow chillies, tons of garlic and cumin, hominy, bread, potato and pork. It’s a popular lunchtime dish, but markets start cooking it in the early morning, so you can grab a bowl after a night out right before collapsing on the hangover’s global best friend, the pillow.

Creamy hair of the dog vs marinade magic

After a long night, Namibians knock back buffalo milk, which has nothing to do with the animals. It’s a mix of ice cream, spiced rum, dark rum, cream liqueur and clotted cream. But if the thought of cream makes your stomach curdle, Senegal’s remedy might be for you. The classic yassa, a chicken stew with lemon, onion and spicy chillies served over rice, hits the spot. Bonus tip: true yassa recipes marinate the chicken in its sauce before cooking, yielding tender bits of meat chock-full of flavour.

Curds and gravy, or slurp it down

Canadians chomp down on poutine – chips drowned in heaps of cheese curds and brown gravy. The Montreal speciality features across the country and is often served from fast-food stalls, so you’ll get your fix pronto. South of the border, the traditional American cure is to slug back a Prairie Oyster, a drink with Worcestershire sauce, salt, pepper, raw egg, hot sauce and tomato juice. Unappetising as it might sound, it will wake up your entire system in no time. 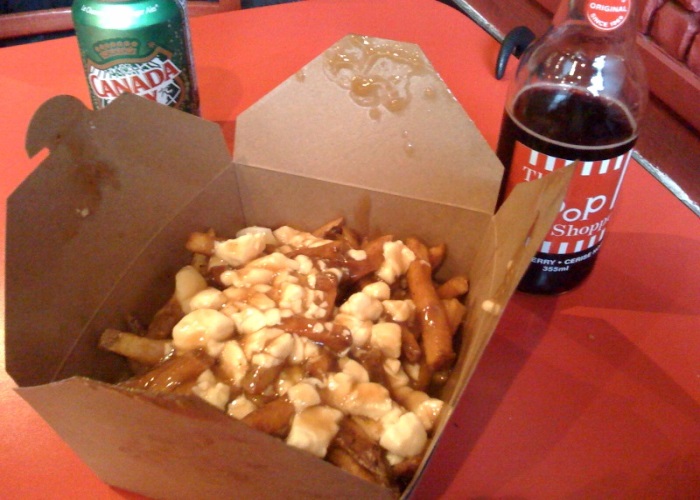 And only in Vegas: hop on the Hangover Heaven bus (hangoverheaven.com), where you can bypass ingesting food altogether and pay hangover pros to rehydrate you with an IV, pump you full of vitamins, and more. Or opt for non-needle supplements or in-room service. It's run by a Dr Jason Burke, Hangover Specialist (yes, really).

Have you tried any of these hangover foods? Follow us on Twitter and share your experiences. All jokes aside, do try to stay safe and use common sense when enjoying a few drinks on your travels, especially when you’re not sure of the local laws. A trip cut short because of one unfortunate night does not equal fun.