A guide to London's food halls and markets

TinyMart is sharing this content, the original was posted on Lonely Planet by Will Jones, Jul 22, 2019 • 5 min read Lonely Planet Writer So please click here to go there
. 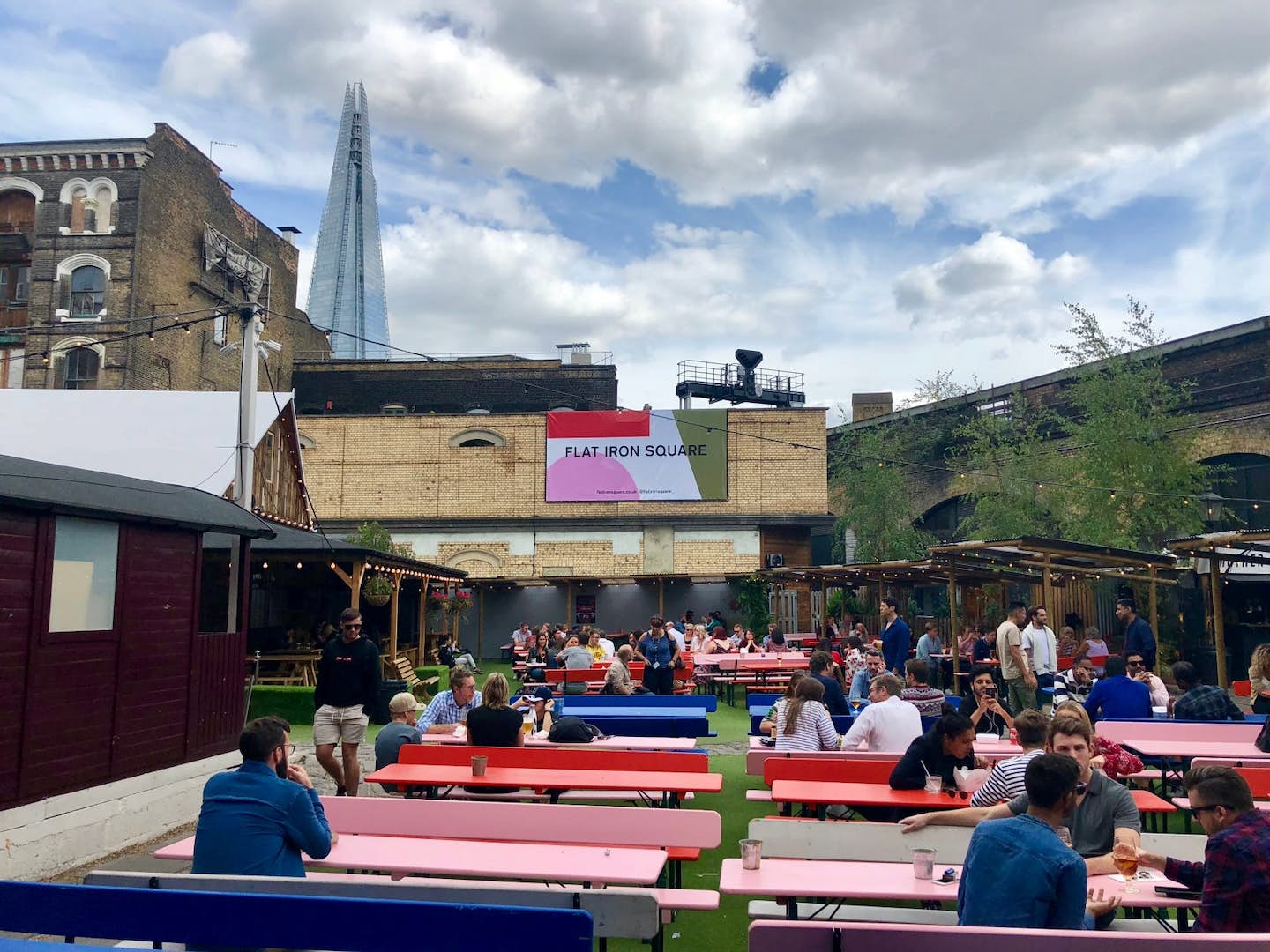 London has long shaken off its reputation for dubious dining, with world-class restaurants now competing for attention on practically every street. But the gourmet revolution is just beginning: in the last few years, a seemingly endless array of food markets have sprouted up, where you’ll find superlative cuisine from every corner of the globe. Here's a guide to some of the very best food halls and markets in London.

Until recently, the Victoria terminus in central London was not somewhere to linger, but that’s changed with the opening of Victoria Market Hall. Located directly opposite the main concourse, the airey, three-storey building includes a roof terrace and contains 11 food vendors spread across two indoor levels, three bars, and plenty of communal seating. Arrive early if possible - it gets incredibly busy come evening, with a one-in, one-out policy not uncommon. The 16-hour smoked brisket naan from Flank is exceptional.

Getting there: Next to Victoria station (tube/train)

Easily the biggest oriental food hall in London, Bang Bang contains 27 Asian restaurants and stalls across two levels, under one enormous roof. On the ground floor you’ll find the Golden Dragon, a Chinese restaurant serving classic dishes and with room for 360 diners. The top floor hosts the remaining vendors, which between them sizzle up cuisine from the rest of Asia, including India, Japan, Indonesia and Taiwan.

Getting there: 10 minute walk from Colindale station (tube)

One of the coolest food markets in the city (and strangely still something of a secret to non-locals), Mercato Metropolitano is an enormous venue housed in and around an old paper factory. The focus here is on serving natural foods that are sourced locally, and keeping waste to a minimum. It's mainly Italian fare, including an Italian food store alongside the stalls, but you’ll also find options ranging from Vietnamese to Argentinian to Turkish.

Getting there: 5–10 minute walk from Elephant & Castle station (tube/train)

Probably the best street food market in East London (no mean feat, considering the competition), graffiti-covered Dinerama occupies two open-air levels in the heart of Shoreditch. The choice is immense, in terms of quantity and quality, with offerings from Babek Brothers (gourmet kebabs), Thunderbird (chicken never tasted so good) and Chin Chin Labs (ice cream meets science). For drinks, there are 10 bars to choose from, and the venue hosts regular events.

Getting there: 5 minute walk from Shoreditch High Street station (Overground)

Maltby Street Market has long ceased to be a secret, but it still somehow feels like a new discovery, even if you’ve been before. Squeezed between Victorian railway arches along a smokey, open-air corridor called the Rope Walk in a quiet patch of Bermondsey, around 30 artisan food and drink vendors serve meals, snacks, desserts and cocktails from round the world. For a tipple to wash down lunch, check out Jensen’s – a gin distillery, bar, and shop, all in one.

Vinegar Yard opened in spring 2019, and is already a huge hit with Londoners. Located in the shadow of the Shard, and offering incredible views of the same from its spacious terrace, the venue is full of food traders throughout the week (Baba G’s Indian-inspired burgers are the talk of the town, and for good reason) and at the weekends a flea market pops up. British artist Joe Rush is behind the mechanically-themed sculptures, with the highlight being an abandoned train carriage covered in giant, red ants.

Getting there: Next to London Bridge station (tube/train)

Spread throughout seven railway arches, and an outdoor area for those summer vibes, Flat Iron Square is primarily a food market, though more generally acts as a cultural complex that hosts regular events, including live music, film screenings and quiz nights. On the food front, around 15 traders operate at any one time, serving up everything from stone-baked pizzas to ramen to burritos. The venue forms part of the ‘Low Line’ project, which aims to transform the Bankside railway arches into a public cultural space.

Getting there: Between London Bridge (tube/train) and Southwark (tube) stations

The arcades of Brixton Village Market have been around for almost a century (originally it was called Granville Arcade), but it’s only in the last decade or so they’ve become home to arguably the best food market in South London – certainly the best for budget eats. A variety of stalls, restaurants and cafes serve dishes from around the world, and if you fancy even more choice, head over to Pop Brixton, a collection of repurposed shipping containers hosting pop-up food and drink options.

Getting there: Next to Brixton station (tube/train)

Borough Market has been operating in one form or another for at least 800 years, and today is a top London attraction in its own right. It’s a bit of a maze and always chaotic, but that just adds to the fun – using a map will be as futile as resisting the vast array of gourmet eats on offer, so enjoy getting lost and discovering your own treats. Lunchtimes are unsurprisingly busy, especially on Saturdays, when it feels like the whole world has descended on the market, so try to arrive early if you can.

Getting there: Next to London Bridge station (tube/train)

A classic Hackney haunt dating back to Victorian times, Broadway Market has found new life since being revitalised in the early 2000s by the local community, who reinvented it as a street food and fresh produce market, open for business every Saturday. Once you’ve had your fill (look out for the prawn burger), you can browse the permanent shops and boutiques that line the street, and stroll along nearby Regent’s Canal.

Getting there: 5–10 minute walk from London Fields station (Overground)

The above suggestions are the tip of the iceberg when it comes to London food markets, and there are more to come. Two new markets are slated for Bishopsgate in 2020 (The Market, which will be housed in 22 Bishopsgate, a skyscraper currently under construction, and Italian-themed Eataly, which will open in 135 Bishopsgate). And in 2021, Time Out Market, Waterloo will open in the station’s old Eurostar terminal.