TinyMart is sharing this content, the original was posted on lgbtqnation.com by ﻿ Molly Sprayregen Friday, September 23, 2022, So please click here to go there
.
﻿

Yeshiva University cancelled all undergraduate student groups rather than recognize an LGBTQ one. 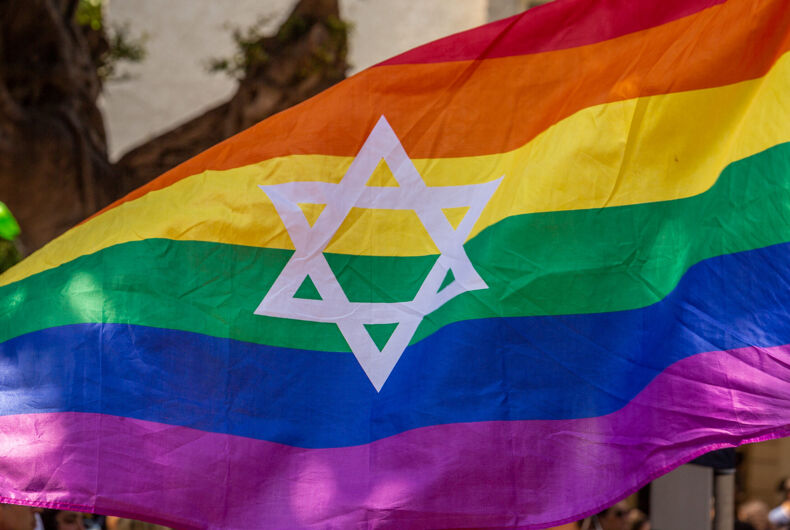 After a Jewish university in New York cancelled all clubs rather than recognize an LGBTQ one, the LGBTQ group has agreed to a compromise that will allow the other student groups to resume activities.

The YU Pride Alliance is currently engaged in a legal battle with the modern Orthodox institution. Last week, the Supreme Court announced it would not block an order from a lower court stating that Yeshiva is required to recognize the YU Pride Alliance.

In response, Yeshiva emailed students to say that all undergraduate clubs would be canceled while the school “immediately takes steps to follow the roadmap provided by the U.S. Supreme Court to protect YU’s religious freedom.”

And now, it seems the YU Pride Alliance has decided to take the high road. The club has agreed to give up its right to immediate recognition and instead wait to see how the lawsuit plays out as long as other clubs can resume activities.

“We do not want Y.U. to punish our fellow students by ending all student activities while it circumvents its responsibilities,” said a statement from the YU Pride Alliance to the New York Times. “Y.U. is attempting to hold all of its students hostage while it deploys manipulative legal tactics, all in an effort to avoid treating our club equally.”

The club added that the decision was “painful and difficult.”

Hanan Eisenman, a spokesperson for the university said, “Now that Pride Alliance has offered a stay, we have sent their lawyers a signed agreement to stay the trial court order. We look forward to working together to quickly resolve this issue.”

The university has granted the other student groups permission to resume activities after the Jewish High Holidays that start on Sunday.

The conflict began when a lower court ordered Yeshiva to recognize the YU Pride Alliance in accordance with the state of New York’s anti-discrimination law. While the law does contain an exemption for religious institutions, a judge found that the school’s charter identifies it as an “educational corporation” and not a religious one.

The order from the Supreme Court is not set in stone, as the New York appellate courts have not yet ruled on the case. As such, the justices said Yeshiva could bring its case back to the Supreme Court once the state court has issued a decision.

The battle is part of the nationwide debate over how far religious freedom can go. And supporters of the Pride group continue to argue that the existence of LGBTQ people does not conflict with Jewish values.

“Our goals are not in any sort of misalignment with Torah values,” 19-year-old Avery Allen, Pride Alliance co-president, told the Times. “We want a safe space for our students, and I don’t think any part of that is in conflict with Torah or with Halacha, Jewish law.”

Additionally, over 1600 students, staff, and alumni have signed an open letter slamming the University for its treatment of the Pride Alliance.

“As Jews, we were distressed to see Torah values deployed to deny fellow Jews safety and support within our community,” the letter states. “LGBTQ+ Jews are our family members, friends, neighbors, rabbis, teachers, and students. Some of us are LGBTQ+ Jews ourselves. And all of us are saddened and disheartened by the positions our Yeshiva University has recently taken.”

“This is not the YU we know and love.”