Why International Women's Day Is For Trans Women, Too

TinyMart is sharing this content, the original was posted on Tyla.com by Ali Condon,  9:18, 08 March 2022 GMT So please click here to go there
. 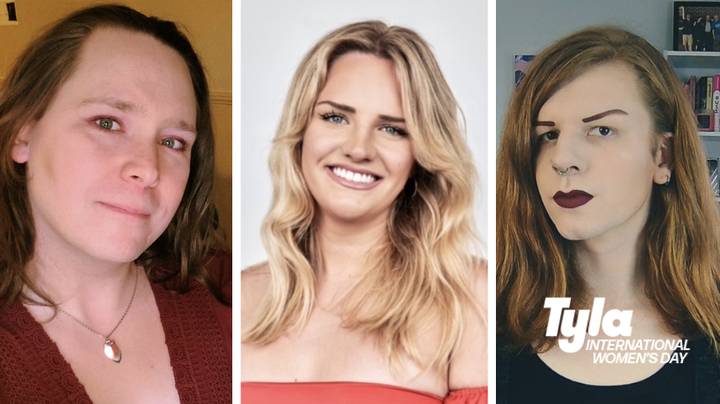 As we celebrate the incredible girls and women in our lives this International Women's Day, it's important to remember the brilliant, beautiful, badass transgender women who are still facing worrying levels of abuse and inequality on a daily basis.

The theme for this year's IWD is #BreakTheBias, meaning it's time to take action as allies and level the playing field for every woman around the world.

To highlight and understand some of the issues that transgender women are still facing in 2022, Tyla spoke to four trans women about their experiences, and why they often feel forgotten on days like today.

It's no secret that both transgender men and women face outrageous wait times for transitional procedures. Trans women often wait years to even be referred for hormone treatment or surgeries, and as appointments face higher demands, waiting lists are growing even longer.

At the time of writing, the Gender Identity Clinic has 10,648 people on a wait list for their first appointment.

Speaking about her own experience, Alex Woolhouse, 25, says: "All of the healthcare that I have been able to access has been private. I did that because of the long waiting lists and because things aren’t easily available through the NHS."

She adds: “Yes, these are elective surgeries, but they are the treatment of gender dysphoria, which can be incredibly debilitating for some people. So, it shouldn’t be a luxury, they should be open to everyone."

Fae Johnstone, 25, notes that it isn't just transitional health services that are leaving transgender women behind.

She tells Tyla: "Trans women often have a harder time accessing women's services. When we think about rape crisis centres, when we think about sexual health services, a lot of the time trans women aren't welcome into those spaces. Those are services we're more likely to need as trans women because of high rates of violence and harassment."

Colette Weekley, 33, notes that one major setback for transgender women in healthcare is the phenomenon of Trans Broken Arm Syndrome. "Everything gets blamed on you being trans, up to and including broken bones," she explains. "Everything is a fault of you being on HRT [hormone replacement therapy]."

According to a 2021 study by TransActual, more than 70 per cent of transgender people feel that media transphobia has impacted their mental health to some extent.

Meanwhile, 85 per cent said that transphobic rhetoric in the media has impacted how people in their family treat them.

Fae says: "Coverage that includes trans women often depicts us as trouble makers, as difficult, or as aggressive. Often times we are reduced to just our trans-ness, even though we have so many other things to talk about, to write about, to advocate or have news coverage about. It is very rare that a Trans woman gets media coverage for simply doing something badass that has nothing to do with her gender."

Alex adds: “The media is so focused on trans women specifically, and the act of transitioning, that we forget Trans women are actually people with lives that are way more complex and diverse. It’s time that the media opened up the conversation around trans women, trans people in general, to encompass all parts of our lives, and not just the transition itself.”

Colette shared that, growing up, her experiences with trans people on TV were explicitly through hurtful jokes. "That was really, really devastatingly painful to see when you're a child trying to understand who you are," she tells Tyla.

"It's gotten a little bit better. We do have some representation that's not bad. But still, when people think of a trans woman in the media they think of things like Euphoria or Orange Is The New Black, which don't really represent trans women particularly well."

According TransActual, 85 per cent of trans women have been subjected to transphobic street harassment from strangers, while Galop found that, in 2020, four in five trans people had experienced a hate crime in the previous 12 months

Alex tells Tyla that negative media representation didn't exactly help the cause: "The way that Trans people are spoken about either as something that’s fetishised or something that is a threat to womanhood is really, really damaging. Because trans women are really a vulnerable that are the targets of abuse rather than the perpetrators.”

Fae, who regularly contributes to Trans rights advocacy in the media, tells Tylathat the harassment isn't limited to public spaces either.

"I have my mentions full of horrific comments every week," she says. "Every time I say something around women's rights or Trans rights, I just know there are going to be trolls and hate groups coming into my mentions saying all kinds of filth, and that's a very common experience for Trans women."

"When the harassment you face in real life carries over to a virtual world as well and fills up your Twitter account and your Instagram messages, it reinforces this narrative that we can't be safe anywhere. And having to be on guard for that all the time is horrible for your mental health."

Losing connections with loved ones

A serious source of strain for many trans women is the loss of friends or loved ones because of gender identity.

Colette tells Tyla: "My family doesn't speak to me anymore because of my identity and my beliefs. That's the reality of what a lot of us face." She adds: "I do really worry about what people think of me."

Alex shades: "You don’t know what your friends have been reading about Trans people and what their prejudices are. That can lead to a lot of isolation and anxiety for Trans people – That fear of rejection and that fear that we are undesirable and unlovable which is completely false."

Sharing her own experience, Fae adds, "My family was great to me when I came out as trans. But at the same time, I've had people who have disappeared from my life since I came out. That's something a lot of trans women struggle with; some of our friends will not stay with us and they'll leave our lives without even letting us know."

How you can be an ally

To support your trans loved ones this International Women's Day - and every other day - there are some easy steps you can take that could make a world of difference.