What does “gender expansive” mean?

TinyMart is sharing this content, the original was posted on lgbtqnation.com by  LGBTQ Nation, Sunday, August 7, 2022, So please click here to go there
.

Are you confused about the term "gender expansive"? Here's what it means and why it's become an important part of the conversation within the LGBTQ community. 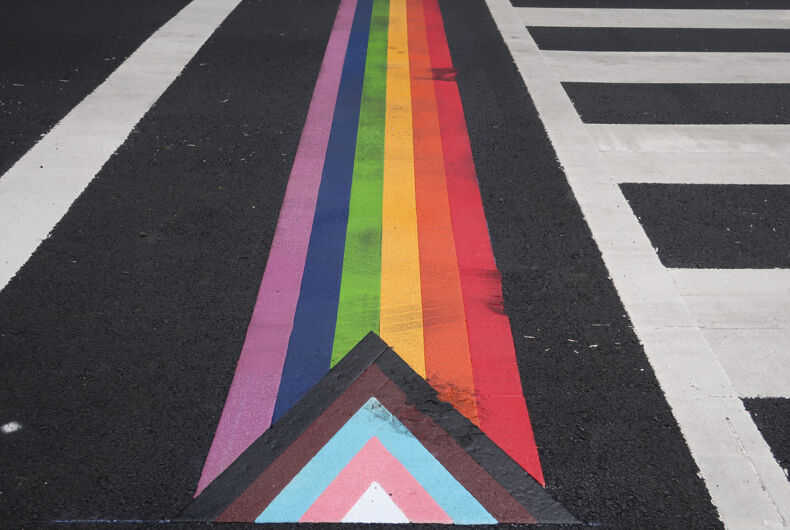 Issues regarding transgender and non-binary people’s rights have become a hot-button topic these days. In navigating these discussions, you may come across words that may be new or unfamiliar to you – including the term “gender expansive”.

Here, we break down the term and why it’s become an important part of the conversation.

Related: The most damaging myths about transgender kids

According to PFLAG, the “first and largest organization dedicated to supporting, educating, and advocating for LGBTQ+ people and their families”, the phrase “gender expansive” describes a wide range of people who don’t adhere to gender stereotypes or “expand ideas of gender expression of gender identity.”

The “gender expansive” definition as per the Diversity Style Guide – a resource created for journalists and media professionals reporting on issues affecting the LGBTQ community, – is “people who challenge cultural expectations regarding gender roles, identities, expressions or norms.”

Gender expansive is different from the term “non-binary”, which describes people who identify as neither male nor female and who do not subscribe to the gender binary. That said, it is still often used to refer to non-binary and gender non-conforming people. Cisgender people, or people whose assigned sex at birth aligns with their gender identity, can identify as gender-expansive as well.

It should be noted that “gender expansive” is not normally used as a gender identity.

Why Does The Term ‘Gender Expansive’ Matter?

Today, gender-expansive people face unique challenges, especially as transgender and non-binary rights are being constantly put up for debate by conservative groups. For anyone who wants to understand what gender-expansive people are going through, as well as communicate their acceptance and support, it is important to equip yourself with respectful and inclusive terms.

And while there are limited studies on trans and non-binary youth, one study involving trans adults showed that 40% have attempted suicide. Of those respondents, a whopping 92% had done so before the age of 25.

With new population-based research, researchers have found that gender-expansive youth are also “at increased risk for bullying, abuse, sexual harassment, depression, drug use, and suicidal behavior”.

Data from LGBTQ-focused organization The Trevor Project shows that 41.8% of genderqueer young people reported having thoughts of suicide in the past 24 hours. This is compared to an average of 31.5% of young people who identify with other gender identities.

Despite great strides made by the LGBTQ community, gender-expansive people still face discrimination in countless aspects of their lives. In recent years, there has also been a lot of pushback from conservative groups to strip gender-expansive people of the right to participate in sports programs, get adequate healthcare, and simply be themselves in spaces such as schools, the workplace, and even at home.

How To Support Gender-expansive People

“Transgender and gender-diverse children face many challenges in life, but, like all children, they can grow into happy and healthy adults when supported and loved throughout their development,” says the American Academy of Pediatrics. Family and community support are among the most crucial elements in achieving this.

Here are some ways you can support your gender-expansive friends and loved ones:

Never assume someone’s gender based on how they look. Instead, you can use gender-neutral language when referring to someone whose gender you are unaware of.

Refrain from using gendered terms such as “fireman” or “waitress”. Instead, use words like “firefighter” or “server”. When referring to someone, you can use gender-neutral pronouns like they/them instead of “she” or “he” until you learn of their preferred pronouns.

When someone tells you their preferred pronouns, make an effort to stick by these pronouns when referring to that person. It may take a while to adjust, but with practice, you should get the hang of it.

Using someone’s preferred pronouns can help make them feel safe and affirmed in their gender and can help to alleviate feelings of gender dysphoria – a feeling of distress or discomfort that some transgender and gender non-conforming people tend to feel when their sex assigned at birth does not align with their gender identity.

Support Your Friend Or Loved One’s Identity And Expression

Respecting someone’s pronouns is already one big step in supporting someone’s gender identity and expression. Other ways to show support include providing positive feedback when a person introduces themselves with their chosen name and wears clothes that affirm their gender identity.

As we continue to learn more about gender and its spectrum, it becomes increasingly important that everyone feels comfortable identifying in whatever way feels true for them. The term “gender expansive” is an important step in helping to shift the conversation away from a binary view of gender and toward one that is inclusive of all genders.