We need the queerness of 'Sailor Moon’ now more than ever

TinyMart is sharing this content, the original was posted on mashable.com by  Jess Joho  on April 8, 2022 So please click here to go there
.

In the name of the moon, I punish anyone who won't say gay. 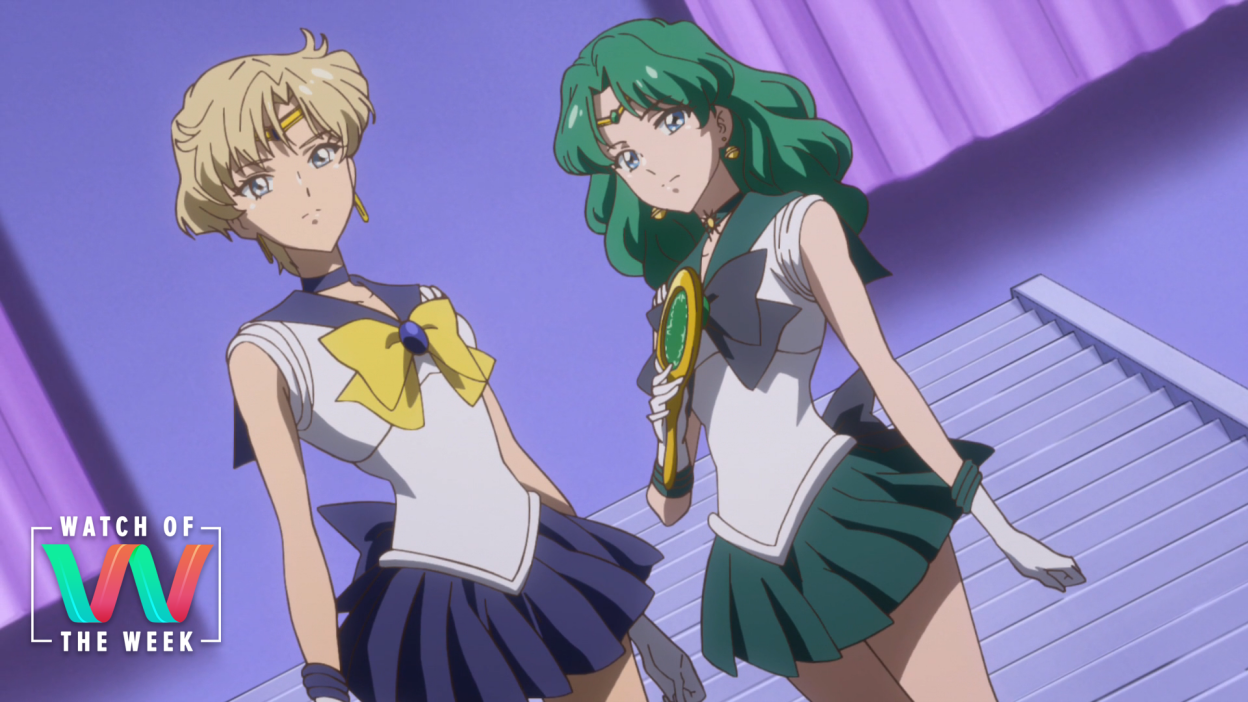 A few months back, something compelled me to start rewatching Sailor Moon in its entirety for the first time ever. But inexplicably, I found the light-hearted, fun, optimistic anime from my '90s childhood was constantly bringing me to near tears. I couldn't understand why.

Then, as I witnessed some of the most violently regressive anti-LGBTQ bills (often targeting children) get passed into law again and again and again over these past couple weeks, it hit me.

Watching Sailor Moon right now feels like chicken soup for the queer soul. In a moment when hateful forces of evil seem to once again threaten to shroud our world in darkness, Sailor Moon shines as a beam of moonlight — an unbeatable beacon of hope fighting for love and justice, no matter how impossible the odds seem.

To those in the know, the revolutionary queerness of Sailor Moon was never much of a secret. And I'm not talking about characters merely coded as queer, or LGBTQ fans with popular queer head canon, or even the inherent gayness of an astrologically-obsessed group of girls who collect crystals to ward off bad vibes together.

This decades-old anime show was eons ahead of modern-day Disney (which only just recently started regretting its corporate funding of the legislators behind Florida's so-called Don't Say Gay bill after immense public pressure to do so). Disney's laughably underwhelming "exclusively gay moments" or first gay Pixar characters strategically kept in the background pale in comparison to Sailor Moon's illustrious history of LGBTQ representation.

The queerness of the anime's original 1992 Japanese release was extremely explicit, with outright gay, lesbian, genderfluid/non-binary, and non-cis characters and relationships with majorly significant plots. But it's not your fault if you can't remember any of those pioneering queer animated stories from the version of Sailor Moon you watched as a kid. Because America, being America, ensured that all of the gay was censored out of the English dub.

But let's recap just some of the LGBTQ representation from the show's original Japanese run that young, queer, North American millennial children were robbed of thanks to their country's blatant queer-phobia.

Most famously, Sailor Uranus (Haruka) and Sailor Neptune (Michiru) went from being romantic partners to being very disturbingly intimate cousins who shower together and kiss on the mouth, since normalizing incest to children is apparently far better than the evil of [checks notes] lesbians. But there were also the same-sex gay lovers who were main villains in Season 1, Kunzite and Zoisite — the latter of whom the American dub gave female pronouns instead.

Fish Eye, a central baddie of Season 4, presents with a gender-fluidity befitting their original fish form, mostly identifying by masculine pronouns yet also very often in femme-presenting clothes. A whopping 34 episodes of Season 5 were never even released in English, altogether erasing the Sailor Starlights, who are characters that present as male while in their regular human forms yet are then revealed to be biologically female during magical transformations (oh, and one of them is hot for Sailor Moon).

Thankfully, when Hulu became Sailor Moon's streaming home in 2014, it released all 200 episodes uncut and uncensored, even working with Viz Media on re-dubs that reinstated many of the LGBTQ plot lines erased from the initial North American release.

But honestly, there's pretty strong canonical evidence indicating that all the Sailor Scouts probably land somewhere on the not-so-straight side of the Kinsey Scale.

In the manga at least, Sailor Mars (Rei) and Venus (Minako) openly flirt with the idea of giving up boys for each other. In my experience of the show, there's heaps of teasingly non-platonic intimacy exchanged between all the Scouts, full of moments where the girls who get it can clearly pick up on something very LGBTQ happening. Many (like myself) will also gladly die on the hill that even main protagonist Usagi is actually a bi-con for the ages — despite that pesky character flaw of having eternal heterosexual love for Tuxedo Mask.

Of course, in many of these cases, it's hard to definitively declare exactly which Pride flag the characters themselves would identify with. Aside from the fact that neither the creators nor characters use any of the contemporary LGBTQ labels or language used in America, all their queerness is complicated by the decades-old sex and gender politics of two different cultures and a variety of entertainment mediums dominated by men.

The Sailor Moon universe — in all its original forms — has never been one where binary cis heteronormativity was assumed.

What is undeniable, though, is that the Sailor Moon universe — in all its original forms — has never been one where binary cis heteronormativity was assumed. I mean, we're talking about characters who are often intergalactic, non-human, cross-dimensional beings. The expansiveness of their identities transcends all of time, space, and the strict boxes people insist on putting each other into. And isn't that a true queer ideal? To simply live in peace, secure in the vast complexities of your own individual identity that you never need to explain or interrogate or justify as having a right to exist to other people?

There's something unspeakably powerful about a kids' show that presents a world where same-sex love and non-binary gender identity doesn't need to be championed with special fanfare because it's just the norm. Most of the time, it almost feels like we're the weird ones as viewers for wanting to ascribe labels to them with language that only really exists to help make queerness more digestible to the dominant heteronormative culture.

Maybe masculine-presenting Sailor Uranus doesn't fully identify as a cis woman — but there's no need for her to even address that possibility, since what really matters are the acts of love she shares with Sailor Neptune. Whether Fish Eye is a trans woman or more aligned with gender-fluidity is pretty besides the point, too, since there are so many other, more defining and central aspects of the character's magically inter-species experience to focus on.

As a lonely and confused little girl who grew up in America, the powers-that-be decided I wasn't allowed to know that Sailor Moon was queer. Yet despite their best efforts, the show didn't need to explicitly "say gay" for me to pick up on how it made me feel uniquely seen and accepted, helping me love a part of myself I'd only learn the words to describe decades later after coming out as bi.

That's the thing about bigoted attempts to censor such intrinsic parts of the universal human experience out of existence. You can try to outlaw or forbid it as much as you want — but queerness always finds a way.