We asked if gay fans will be safe at the FIFA World Cup in Qatar. This is what the hosts said

TinyMart is sharing this content, the original was posted on sbs.com.au by Adrian Arciuli, 6 August 2022 at 7:30am, So please click here to go there
.

SBS News travelled to Qatar to question the human rights issues threatening to overshadow the world's biggest football tournament, which kicks off on 21 November. 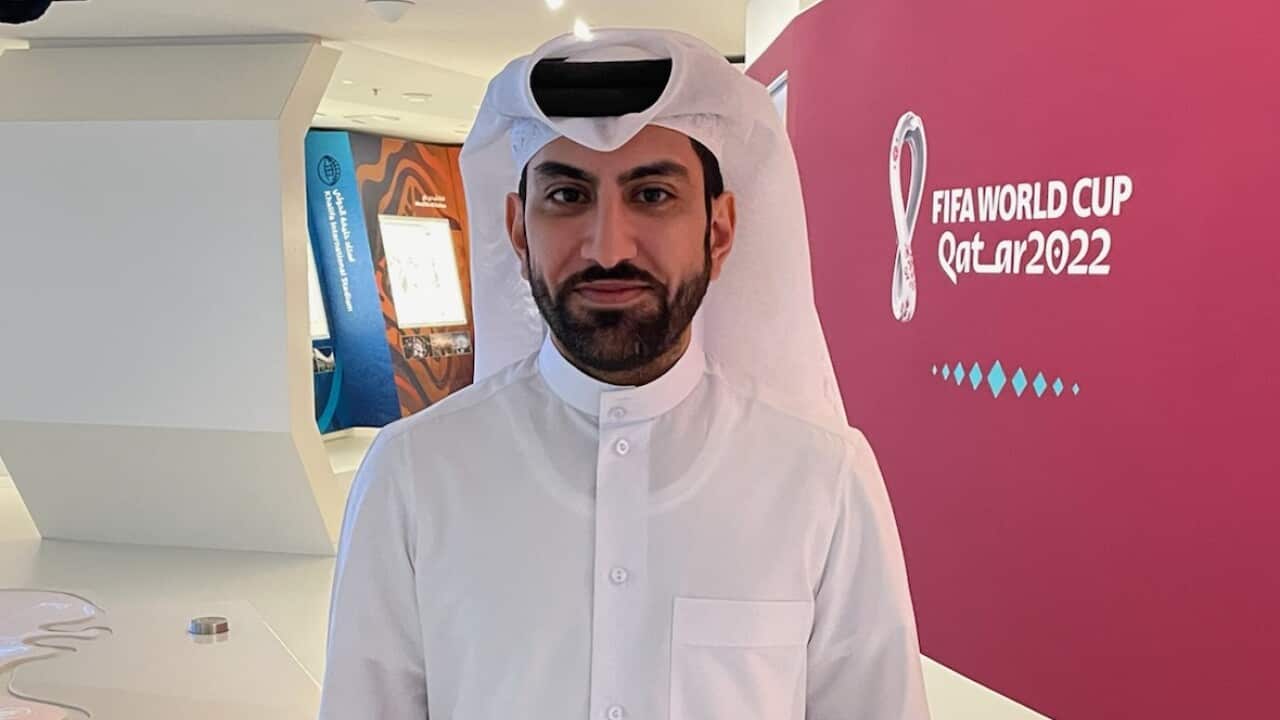 Then FIFA President Sepp Blatter announced it would become the first Middle Eastern nation to stage the tournament in 2022, with Australia among those overlooked.

Australia received just one vote after spending more than $40 million on its bid.

But there was a problem; Qatar's record on human rights.

Homosexual activity is a criminal offence in Qatar and is punishable with a jail sentence — even death in some circumstances.

But the organising committee for this year's FIFA World Cup in Qatar has told SBS News LGBTIQ+ fans won't face any discrimination during the tournament.

Fatma Al-Nuaimi, the Executive Director of Communications for the Supreme Committee for Delivery & Legacy of the tournament, says Qatar has hosted around 600 international events since being awarded hosting rights and claims there hasn’t been one incident of discrimination.

“We keep assuring everyone that everyone is welcome,” Ms Al-Nuaimi told SBS News.

“Everyone will be able to come, enjoy the games and support their teams, regardless of their background, religion or gender.”

Fans though aren't so sure. For the second FIFA World Cup in succession, James Cardall has zero interest in attending.

Mr Cardall, who is the president of Pride Football Australia, says it’s "disgraceful" that FIFA has awarded consecutive editions of the tournament to countries [Russia and Qatar] that he believes have "dire and poor" opinions of the LGBTIQ+ community.

“Considering they brand football as the global game, it's quite hypocritical,” he said.

The World Cup in Qatar is less than a year away; here’s why LGBTIQ+ Socceroos fans won’t be going

It's expected more than a million people will travel to Qatar for this year's FIFA World Cup. But for Pride Football Australia's 500 members, it's a trip not one of them will be making.

“We don't feel included, we actually feel excluded from the tournament itself,” Mr Cardall said.

“I think it's a pretty poor showing from FIFA and Qatar as well.”

FIFA, the governing body for world football, remains confident the promises of inclusion will be upheld, adding that supporters will be free to fly rainbow flags at matches.

“We've received the necessary guarantees, we are training all the officials, we are working hand in hand with the government, with the police authorities, everyone will be welcome,” FIFA President Gianni Infantino told the Qatar Economic Forum in late June.

Nasser Al-Khori, who leads Generation Amazing, a social and human legacy initiative for the Supreme Committee for Delivery & Legacy of the tournament, said Qatar was more progressive than its neighbours but hopes all visitors will respect Qatari culture and traditions.

“We want to show to the world that we are sort of a progressive state in the region,” Mr Al-Khori told SBS News.

“We are modernising, but in our own sort of way, sticking to our identity, our culture, our roots.”

The messaging around culture follows that of the Emir of Qatar, Sheikh Tamim bin Hamad al-Thani.

When asked a question earlier this year about the rights of visitors from the LGBTIQ+ community, he said: “We welcome everybody, but we also expect and want people to respect our culture”.

"'Culture' should not be used as a cover for discourse, practices, and legislation that have effectively excluded content related to sexual orientation and gender identity from the public sphere."

When Qatar was awarded hosting rights in 2010, the nation had a population of just 1.85 million people. It has since grown to almost 3 million. The total land size of the gulf nation is only 11,751 square kilometres, making it smaller than Sydney.

Hosting the FIFA World Cup was every bit the ground-breaking opportunity for Qatar — the first in the Arab world to do so. It required significant development with a workforce to match.

Thousands of migrants have been drafted in to complete the work in time but according to human rights groups, many have been killed on the job.

“What we do know is that thousands of people have died working on the World Cup and we know that unfortunately, their deaths have not been properly followed up by the Qatar authorities.”

“Often, they are very fit healthy young men and they die after working really long hours in extreme conditions and extreme heat but their deaths are recorded as natural.”

The Supreme Committee for Delivery & Legacy of the tournament acknowledges deaths have occurred but says Qatar has made significant reforms to protect workers rights, including abolishing the Kafala system.

The system tied workers to their employer, who were responsible for the worker’s visa and legal status. Human rights organisations have criticised the system, which has seen employers withhold workers’ passports.

“I'm not saying we are perfect,” Mr Al-Khori said.

“But there have been major developments and changes in the labour laws that are in favour of the workers.”

Amnesty International has urged FIFA to set aside US$440 million ($631 million) to compensate what it claims is hundreds of thousands of migrant workers that suffered human rights abuses.

Australia will play all three of its group stage matches, against France, Denmark and Tunisia at Al Janoub Stadium in Al-Wakrah, which is about 20 minutes drive from Qatar's capital, Doha.

Teams, including the Socceroos, are considering highlighting the issue of human rights in Qatar by taking a collective stand when the tournament starts on 21 November.