Victories for LGBTQ rights around the world so far in 2022

TinyMart is sharing this content, the original was posted on lgbtqnation.com by  Emily Bashforth, Monday, July 4, 2022, So please click here to go there
.

It’s very easy to get caught up in the doom and gloom of being an LGBTQ person because we still have to fight for the rights and protection of our people every day. Let's take a look at the other side for a moment. 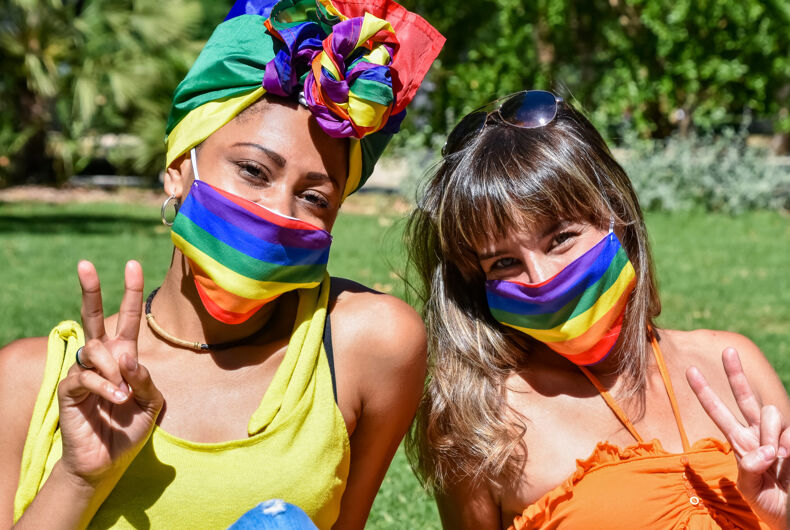 It’s very easy to get caught up in the doom and gloom of being an LGBTQ person because we still have to fight for the rights and protection of our people every day.

However, the world is progressing. As important as it is to ensure Pride is a protest and to use it to shed light on the struggles LGBTQ people face, it’s also a great opportunity for reflection. We’re halfway through the year, so why not take a look back on the victories the LGBTQ community has had so far this year around the world, and boost your optimism about how things are improving?

Related: The inside story of how John Waters got a star on the Hollywood Walk of Fame

Finally, the archaic ban that prevented men who have sex with men (MSM) in Austria from donating blood came to an end. Instead, a new approach means whether or not an individual can donate blood shall be based on their personal sexual behaviors, rather than imposing a blanket ban on a whole community. Good job, Austria.

For the first time, trans and non-binary people will be included in the official NICE guidance on menopause. Instead of aiming menopause guidance solely at “women,” the new guidance will be aimed at “women, non-binary and trans people with menopause.” With trans, non-binary, and gender-nonconforming folk so frequently left out of the conversation when it comes to areas such as reproductive health, gynecological care, and prostate cancer screenings, this is a big step.

Yes, this only happened in 2022, and it’s about damn time, as Lizzo said. Thanks to the motion being passed by 274 commissioners, the Church of Scotland will allow parish ministers and deacons to marry same-sex couples if they wish to do so. Although same-sex marriage was legalized in Scotland in 2014, church weddings were only just permitted.

Sticking with gay marriage, the first same-sex couples were able to wed in Chile this year as the equality law came into effect. Same-sex couples in Chile have been legally allowed to enter civil unions since 2015, but the law aiming to allow them to marry was stalled by Congress in 2017. Fortunately, it was passed in December 2021 and the first lot of queer couples got hitched in March this year.

Showing plenty of other governments how it’s done, New Zealand Parliament passed legislation banning conversion therapy, meaning it is now an offense to perform conversion practices on anyone, regardless of age or identity. Anyone performing the practice faces five years in prison.

Now, US residents can get gender-neutral passports that do not state that a person is either male or female. Before this became reality, people needed medical certification to mark their gender as a different one to what is on their birth certificate. That is no longer the case, and now more than 10 countries (including Australia and India) now offer gender-neutral passports.