TinyMart is sharing this content, the original was posted on lgbtqnation.com by  Daniel Villarreal, Wednesday, July 20, 2022, So please click here to go there
. 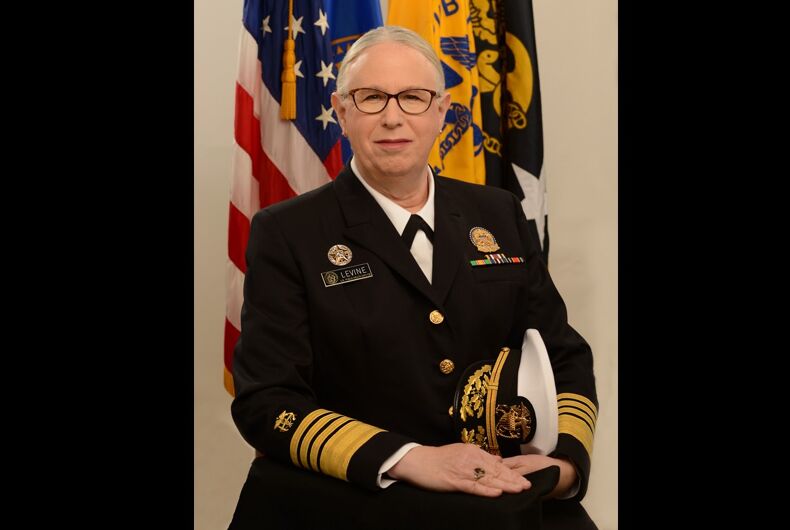 The White House is finally pushing back against the latest round of ugly, transphobic, right-wing attacks on Dr. Rachel Levine, the first transgender federal official ever to be confirmed by the Senate who serves as assistant secretary for health at the Department of Health and Human Services.

The White House has usually not dignified such transphobic comments with a response. “Dr. Levine is a widely respected public health official, and the intention is to build her up, not to debase her and ourselves by engaging with people who are truly beneath contempt,” an unnamed administration official told The Daily Beast.

However, on Tuesday morning, lesbian White House press secretary Karine Jean-Pierre tweeted, “The Biden-Harris Administration is stronger because of [Levine’s] work to deliver quality health care for all Americans, no matter who they are. She is a leader who is standing up for all of our children, especially some of our most vulnerable.”

Jean-Pierre’s tweet — which was also retweeted by nearly a dozen administration members — also included a link to Levine’s op-ed. Her op-ed said that recent attacks on trans youth have harmed their mental health. It also noted that many of the nation’s largest medical associations have affirmed the necessity of gender-affirming care for trans youth.

Levine shared the press secretary’s tweet and wrote, “I’m honored to be a part of this administration and to support the health of the American people every day. Everyone deserves medical care, regardless of their gender or any other fact about them.”

Throughout her career, Levine has been subject to transphobic attacks.

During her Senate confirmation hearing, Sen. Rand Paul (R-KY) asked Levine about “child genital mutilation,” a human rights violation that isn’t the same as gender-affirming healthcare for trans youth. Levine politely sidestepped the question, stating that she’d be willing to discuss trans healthcare with him after she was confirmed.

Levine has said that the occasional apologies she receives from hateful Republicans who are censured for their hateful attacks are “insufficient.”However, she has also said of the attacks, “I am really able to channel that emotion into my work, and to sublimate those emotions, and it serves to motivate me more in terms of my work in public health, and my work in terms of health equity for our community.”