TinyMart is sharing this content, the original was posted on lgbtqnation.com  by  John Russell Monday, June 13, 2022, So please click here to go there
.

“These investigations into loving and affirming families shouldn’t be happening in the first place.” 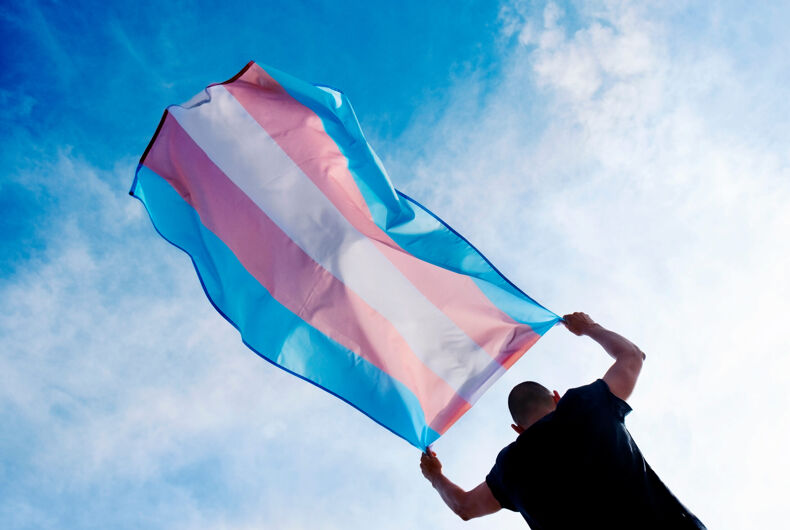 A Texas court has temporarily stopped the state’s Department of Family and Protective Services from investigating the families of transgender children receiving gender-affirming healthcare.

Last week, Lambda Legal, The American Civil Liberties Union and the ACLU of Texas filed a lawsuit on behalf of PFLAG National and naming three Texas families challenging Texas Gov. Greg Abbott’s (R) recent call for the DFPS to investigate parents who provide gender-affirming healthcare to transgender kids, and to block the state from investigating members of PFLAG.

Related: Trans teen needed help from a hospital after a suicide attempt. Instead they reported his parents.

According to Lambda Legal, the temporary restraining order issued by Travis County District Judge Jan Soifer on Friday stops the Texas DFPS from investigating the parents named in the lawsuit, and any families contacted by the DFPS should identify themselves as PFLAG members.

“That families will be protected from invasive, unnecessary, and unnerving investigations by DFPS simply for helping their transgender children thrive and be themselves is a very good thing,” said PFLAG National executive director Brian K. Bond in a statement. “However, let’s be clear: These investigations into loving and affirming families shouldn’t be happening in the first place. PFLAG National and our chapters throughout Texas remain committed to ensuring every transgender Texan is safe, empowered, and can thrive.”

In February, Abbott issued a letter to state agencies directing them to report the parents of transgender children for supposed child abuse after Texas Attorney General Ken Paxton issued a non-binding opinion stating that gender affirming health care for transgender youth is a form of child abuse.

In May, the Texas Supreme Court blocked the state from investigating one family. In that decision, the court emphasized that neither Paxton nor Abbott has the authority to direct DFPS to investigate the provision of gender affirming care for transgender youth as child abuse, but limited its decision to the specific family named in the suit.

According to Texas’s KERA News, Lambda Legal senior counsel Paul Castillo revealed on Friday that the state had dropped its investigation of Amber and Adam Briggle. At least eight families remained under investigation, however. The latest suit aims to block investigations into all PFLAG families.

The Briggles, parents of a 14-year-old transgender son, have been outspoken in their support of trans rights in Texas. They had previously hosted Paxton for dinner to meet with their son, and Amber Briggle testified before the Texas legislature against S.B. 1646, which would have redefined child abuse under state law to include “consenting to or assisting in the administering or supplying of, a puberty suppression prescription drug or cross-sex hormone to a child,” as well as other gender-affirming health care procedures. S.B. 1646 and S.B. 1311 were later defeated.

“We’re thrilled that our case is closed, but angry we were ever investigated to begin with,” Amber Briggle tweeted. “Truly HEARTBROKEN for the trauma DFPS caused us & continues to put other loving families through.”

“The pain & anxiety of being in the crosshairs of a DFPS investigation can never be erased.”