TinyMart is sharing this content, the original was posted on lgbtqnation.com by  John Russell Monday, June 20, 2022, So please click here to go there
. 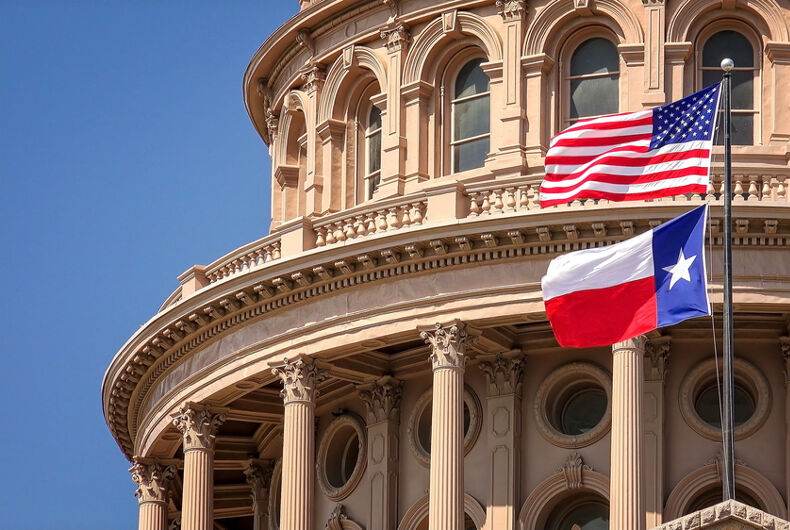 Texas Republicans voted over the weekend on a party platform that includes explicitly anti-LGBTQ language. The 40-page document adopted at the state party’s first in-person convention since 2018, the Texas Tribune reports, declares homosexuality “an abnormal lifestyle choice,” in a section on “Homosexuality and Gender Issues.”

“We believe there should be no granting of special legal entitlements or creation of special status for homosexual behavior, regardless of state of origin, and we oppose any criminal or civil penalties against those who oppose homosexuality out of faith, conviction, or belief in traditional values. No one should be granted special legal status based on their LGBTQ+ identification,” the section reads.

It also opposes “all efforts to validate transgender identity” and calls for a ban on gender-affirming care for people under 21.

Under a section titled “Counseling Methods,” it also endorses so-called “Reintegrative Therapy” and “other counseling methods when counseling clients of any age with gender dysphoria or unwanted same-sex attraction.” Major health and mental health organizations oppose conversion therapy, which describes a set of techniques that practitioners promise will turn gay and bi people straight and trans and non-binary people cis. Last week, President Joe Biden signed an executive order instructing the Department of Health and Human Services (HHS) to issue rules that ban the use of federal funds for programs that offer conversion therapy.

In February, Texas Gov. Greg Abbott (R) called on state agencies to report parents providing gender-affirming healthcare to trans kids to the state’s Department of Family and Protective Services. Those investigations were temporarily halted last week by a Texas judge.

Other sections of the party platform include language echoing recent anti-attacks and efforts by the right to categorize LGBTQ Americans as “groomers.” Under “Education,” the platform calls for stronger enforcement of so-called “parental rights” to dictate what children learn in schools, a concept that has been used to fight against the inclusion of LGBTQ history and issues in public school curricula recently. It also calls for a ban on Drag Queen Story Hour programs in public schools and endorses “passage of a law more comprehensive than the Florida law that prohibits instruction in sexual orientation and gender identity in public schools.”

Earlier this year, DeSantis signed the state’s Don’t Say Gay bill, which bans discussions of sexual orientation and gender identity in younger grades and requires them to be “developmentally appropriate” in older grades.