TinyMart is sharing this content, the original was posted on lgbtqnation.com by ﻿ Molly Sprayregen, Tuesday, January 10, 2023, So please click here to go there
.

"We anticipate that this is going to be a process that involves conflict." 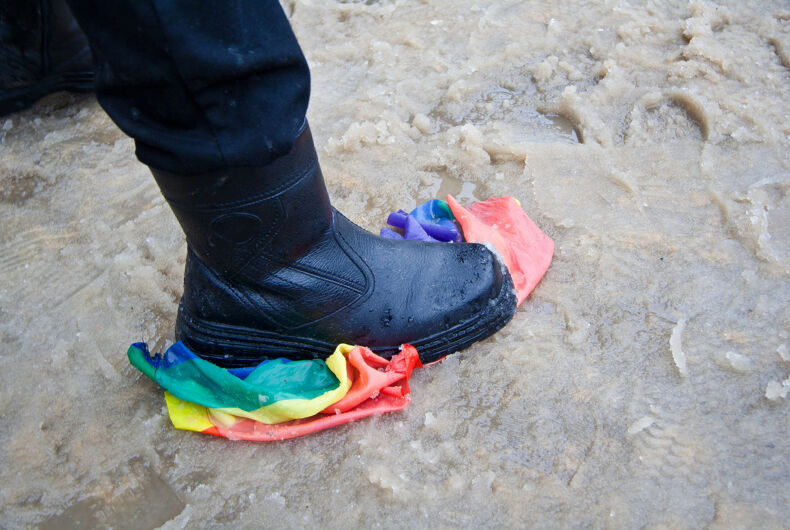 Florida Gov. Ron DeSantis (R) has appointed far-right anti-LGBTQ+ activist Christopher Rufo to the board of trustees of the New College of Florida – a school with a reputation for being progressive and queer-friendly.

In addition to virulently targeting the LGBTQ+ community, Rufo has spent years helping to build a movement against the teaching of so-called critical race theory – an academic term conservatives have manipulated to essentially mean teaching children anything about the history of racism in the U.S.

Rufo – who does not live in Florida – admitted in a 2021 speech that right-wing activists “appropriated” the term critical race theory and that he doesn’t “give a shit” about its actual definition.

He has also spoken out against diversity and inclusion initiatives at public universities, saying that taxpayers are “funding private political activism with public dollars.” He called universities “patronage systems for left-wing activists” and called for the establishment of a “conservative center” at these schools.

He has repeatedly spoken out against teaching what he calls “a radical gender curriculum” – which is really just basic instruction on gender and tolerance of their trans peers – to young kids.

He also misleadingly claimed that Lurie Children’s Hospital in Chicago was promoting “‘trans-friendly’ sex toys for children.” Rufo’s claim was based on a resource document that was provided exclusively to teachers. Claims like Rufo’s against hospitals providing gender-affirming care contributed to medical establishments receiving bombing and death threats.

Rufo helped drive Florida’s attempts to punish the Disney Corporation after the company stated its opposition to the Don’t Say Gay law, tweeting that “We are going to war with Disney and the left-wing activists who are subverting parents and pushing gender ideology onto children.”

With Rufo’s appointment to the New College board, along with other conservatives, New York Times columnist Michelle Goldberg accused DeSantis  of plotting a “hostile takeover of a liberal college”

“We want to provide an alternative for conservative families in the state of Florida to say there is a public university that reflects your values,” Rufo told Goldberg.

He added, “If we can take this high-risk, high-reward gambit and turn it into a victory, we’re going to see conservative state legislators starting to reconquer public institutions all over the United States.”

Rufo said the board is planning a “top-down restructuring” of the school that will involve designing “a new core curriculum from scratch.”

He also said, “We anticipate that this is going to be a process that involves conflict.”