Roe And Privacy Rights: The Risk To Birth Control, Gay Marriage, And More

TinyMart is sharing this content, the original was posted on economichardship.org by  Namrata Verghese,  May 23, 2022, So please click here to go there
. 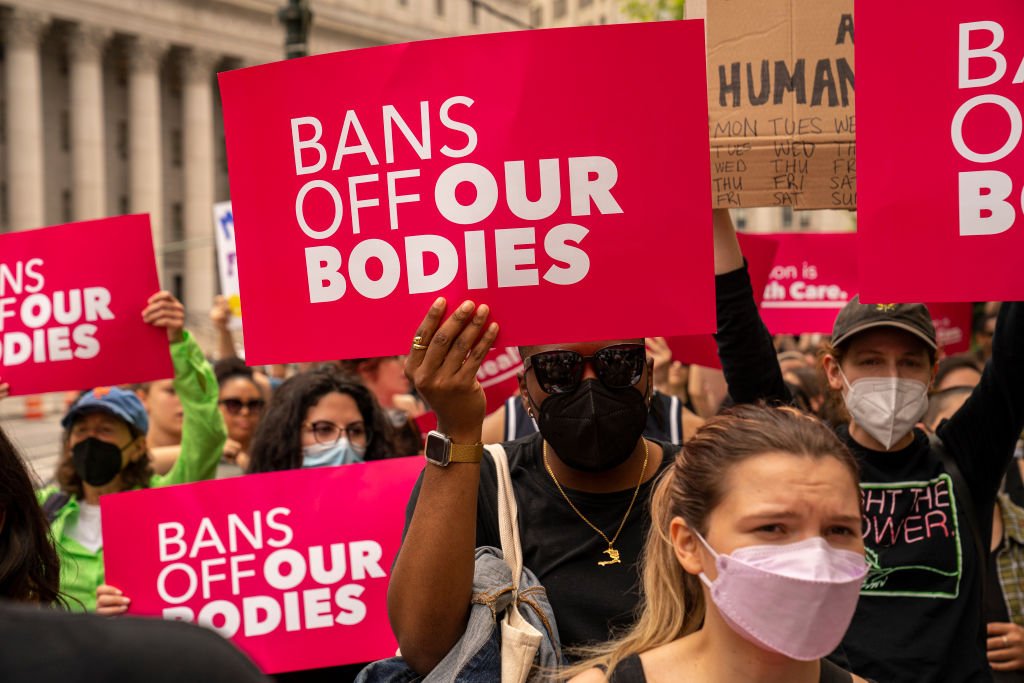 By now, you’ve probably heard about the leaked Dobbs v. Jackson Women’s Health Organization opinion signaling that the Supreme Court will likely soon overrule Roe v. Wade and curtail abortion rights. But that’s not all. The opinion suggests that the conservatives who currently control the Supreme Court may be open to a larger-scale rollback of civil liberties anchored in the right to privacy. What does that mean? Where do we go from here? Here’s what you need to know.

In 1973, Roe v. Wade established a constitutional right to abortion. This ruling was later upheld in the 1991 case Planned Parenthood v. Casey. Abortion rights are rooted in the Fourteenth Amendment, which protects a wide swath of civil rights and liberties. These include rights that are enumerated or explicitly protected in the Bill of Rights, like the right to religious freedom as well as some rights that are not enumerated, but are still so “fundamental” that “neither liberty nor justice would exist if they were sacrificed.”

Roe’s ruling meant that abortion was constitutionally protected as one of these rights. It fell under the umbrella of a broader “fundamental” right to privacy that touches many areas of life, including marriage, family, reproduction, and contraception. This right to privacy paved the way for many of the freedoms we enjoy today, ranging from Lawrence v. Texas (banning anti-sodomy laws) to Griswold v. Connecticut (striking down laws that banned birth control) to Loving v. Virginia (deeming laws against interracial marriage unconstitutional) to Obergefell v. Hodges (legalizing same-sex marriage).

Well, until Dobbs, that is.

What does Dobbs have to do with the future of the right to privacy?

Dobbs revolves around a 2018 Mississippi law that prohibits abortions after 15 weeks. The leaked draft of the Dobbs opinion indicates that the Supreme Court plans to go beyond upholding the Mississippi law and fully overturn Roe. In his majority draft opinion, Justice Samuel Alito wrote, “We hold that Roe and Casey must be overruled. The Constitution makes no reference to abortion, and no such right is implicitly protected by any constitutional provision.”

Alito’s opinion is, to be blunt, shocking. Even President Biden denounced it as “radical.”

Usually, courts try to adhere to precedent. One of the guiding principles of constitutional interpretation is stare decisis, which translates to “to stand by things decided.” The Court is especially hesitant to break precedent when they are retracting a civil right. But this draft dramatically deviates from past decisions. In fact, Alito not only denounces Roe, but scoffs at it, writing, “Roe’s reasoning was exceedingly weak.”

Alito goes on to say that the right to an abortion is not “fundamental” because it is not protected in the Constitution or “rooted in history.” Alito’s claim about history is strange because the Roe Court found that abortion rights actually did exist at the time of the nation’s founding and that abortion “was never established as a common-law crime.” Basically, as legal scholar Bernadette Meyler writes, Alito is ignoring the earlier history from the eighteenth century that the Roe Court weighed. Instead, he selectively turns to common-law tradition from the mid-nineteenth century, when the Fourteenth Amendment was ratified. Put simply, he is cherry-picking “the most restrictive history as the main backdrop for his opinion” to further particular ideological goals. Meyler continues: “To put the logic of Alito’s opinion in perspective, if we were to go back to the common law generally as determining the scope of liberty interests around personal autonomy, we would probably roll back the constitutional protections announced for consensual sodomy in Lawrence v. Texas (2003) as well as same-sex marriage. Furthermore, we would return to many other conditions that we would abhor today, including coverture, or the rule that the legal rights of a married woman were subsumed to those of her husband.”

The Dobbs opinion is worrying. If we take Alito’s words at face value, we might believe that this decision is confined to the abortion context. Indeed, he writes that abortion is “fundamentally different” from other cases rooted in the right to privacy because it involves a “critical moral question.” But what counts as a “critical moral question”? Different people will have different answers. There are many who would argue that queer rights pose an equally freighted moral debate as abortion. The late Justice Antonin Scalia, for instance, wrote that he would sooner “hide [his] head in a bag” than join the Obergefell majority in supporting marriage equality.

Ultimately, Alito’s job is not to define what might or might not be a “critical moral question.” The Court is not an arbiter of morality, but (purportedly) of justice. As the Casey Court put it, “Our obligation is to define the liberty of all, not to mandate our own moral code.” Alito’s fixation on morality is concerning, especially considering how subjective ideas of morality and deviance have long been weaponized to justify violence, from sterilizing disabled people to criminalizing trans people for seeking gender-affirming care.

Even though Alito does not tackle issues other than abortion, his methodology suggests that any right not explicitly enshrined in the Constitution may be on the chopping block. As legal scholars Melissa Murray and Leah Litman stress, taking Alito’s logic to its endpoint throws every unenumerated civil right into jeopardy. “The court declares that the Constitution ‘makes no reference to abortion’ and argues that abortion rights were ‘entirely unknown in American law’ throughout most of the nation’s history,” Murray and Litman write. “The same is true of contraception, which the court held states could not restrict in Griswold v. Connecticut. It’s true of marriage, including interracial marriage and same-sex marriage, which the court has held could not be prohibited in Loving v. Virginia and Obergefell v. Hodges.”

If Roe is in fact overruled, it is likely that we will see a flood of litigation challenging other cases involving unenumerated rights. A likely next step will be challenges to access to contraception, since it is most closely tied to the reproductive rights context that the current Court seems invested in. But who knows where this ends?

Does this mean that if a right wasn’t set in stone in 1868 when the Fourteenth Amendment was ratified, it can never be granted? It’s unclear. We’re in uncharted waters here. But, to quote the Lawrence Court: “Had those who drew and ratified … the Fourteenth Amendment known the components of liberty in its manifold possibilities, they might have been more specific. They did not presume to have this insight. They knew times can blind us to certain truths and later generations can see that laws once thought necessary and proper in fact serve only to oppress. As the Constitution endures, persons in every generation can invoke its principles in their own search for greater freedom.”

In other words, liberty — the key inquiry when defining “fundamental” rights — is an evolving idea, not one forever frozen in time. The founders knew this and built space into the Constitution to accommodate such necessary evolution. To dismiss changing social values when interpreting the Constitution is to ignore the nuance and prescience of the text and to willfully harm everyone whose rights were not protected in 1868.

How will this decision change our understanding of the Court?

Note that the leaked Dobbs opinion is a draft, and it is not uncommon for drafts to evolve as Justices confer. But as it stands, it seems a foregone conclusion that Roe will be overruled. That overruling will throw the Court into a crisis of legitimacy, the likes of which we haven’t seen in decades. Overruling longstanding precedent will, as the Casey Court once put it, “subvert the Court’s legitimacy beyond any serious question.”

The current moment illuminates the limits of the law. The legal system is saturated with violence. As legal scholar Robert Cover wrote in 1986, “Legal interpretation takes place in a field of pain and death. This is true in several senses. Legal interpretive acts signal and occasion the imposition of violence upon others: A judge articulates her understanding of a text and, as a result, somebody loses his freedom, his property, his children, even his life.”

The precarity we feel in this moment is not new; marginalized people have always understood what it means to slip through the cracks between legal doctrines. And our response to this precarity cannot just be to try to fix the law through the tools of the law or by well-meaning rallying cries to “vote harder.” Maybe instead of relying on cleaving to the instruments of oppression, we should look to alternative forms of justice. Donate to reproductive justice organizations, especially those in states with trigger laws that will immediately ban abortion if Roe is overturned, and those centering people of color, queer, and trans people, and other multiply marginalized groups. Volunteer to be an abortion clinic escort. Look into how you might be able to help with reproductive justice work in your area. At times like this, all we can do is “practice the world we’re trying to live in.”

Namrata Verghese is a writer and academic currently completing a PhD at Stanford. Her work has appeared in Catapult, The Los Angeles Review of Books, Wear Your Voice, and elsewhere.