TinyMart is sharing this content, the original was posted lgbtqnation.com by Bil Browning Friday, May 6, 2022, So please click here to go there
.

Simply the mention of LGBTQ people makes the show "sexually-related content," they say, intended for "mature" audiences only. 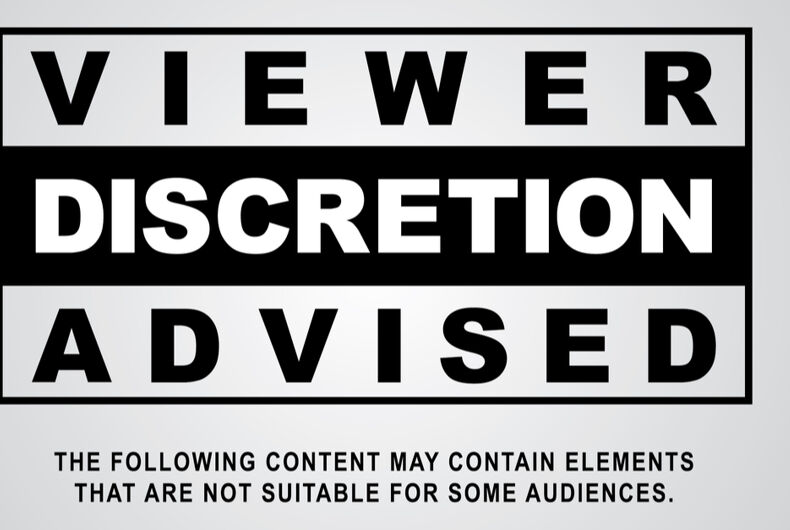 Five Republican senators have written a letter to the TV Parental Guidelines Monitoring Board, demanding a warning for parents that a show includes LGBTQ characters.

Simply the mention of LGBTQ people makes the show “sexually-related content,” they say, intended for “mature” audiences only.

“In recent years, concerning topics of a sexual nature have become aggressively politicized and promoted in children’s programming, including irreversible and harmful experimental treatments for mental disorders like gender dysphoria,” the men write. “To this end, we strongly urge you to update the TV Parental Guidelines and ensure they are up-to-date on best practices that help inform parents on this disturbing content.”

They quickly try to tie the effort to GOP attacks on Disney over their opposition to Florida’s Don’t Say Gay law. Republicans have tried to label anyone supportive of LGBTQ rights as a “groomer,” in an attempt to paint gay and transgender people as child predators.

“Grooming” is a set of manipulative behaviors sexual predators use to gain access to potential victims, to coerce them to agree to the abuse, and to reduce the risk of getting caught, according to the Rape, Abuse & Incest National Network (RAINN). The process usually involves training the victims to keep secrets from adults they trust and desensitizing them to sexual discussions and touching.

Producing shows that include LGBTQ characters is not grooming. The religious right and Republicans have claimed that gay and trans people negatively affect children for years, despite evidence that gay and lesbian parents raise the most well-adjusted children.

“To the detriment of children, gender dysphoria has become sensationalized in the popular media and television with radical activists and entertainment companies. This radical and sexual sensation not only harms children, but also destabilizes and damages parental rights,” they claim.

“Considering that the cognitive markers of sexual desire emerge during puberty when adolescents undergo natural hormonal and physiological changes, it is wholly inappropriate to display this content in a TV-Y7 category and for other young audiences,” they continue.

“This dialogue often involves the promotion of irreversible experimental treatments that involve surgical and otherwise invasive cosmetic procedures that are detrimental and life-altering, and do not evidence medical necessity. The motivations of hyper-sexualized entertainment producers striving to push this content on young audiences are suspect at best and predatory at worst.”

“It’s easy to laugh at, but what these senators are asking is for the TV to alert fundamentalist Christian bigot parents to the existence of LGBTQ characters, because these parents believe that if nobody ever ‘puts the idea of’ LGBTQ people in their kids’ heads, that their kids will not turn out to be LGBTQ,” Wonkette‘s Evan Hurst points out.

“Yes, it’s the height of abject stupidity, but they really do believe it, because they’ve brainwashed to believe it. They still think you catch the gay or the transgender from external forces. And in their futile desperation, they really want to keep that from happening, because they are busy grooming their children to grow up to be heterosexual cisgender fundamentalist bigots.”