Queen Elizabeth II, a quiet supporter of LGBTQ rights, has died at age 96

TinyMart is sharing this content, the original was posted on lgbtqnation.com by  Molly Sprayregen, Thursday, September 8, 2022, So please click here to go there
.

For most of her reign, she was rather quiet about LGBTQ issues, but in the last few decades, she began to take a more publicly pro-LGBTQ stance. 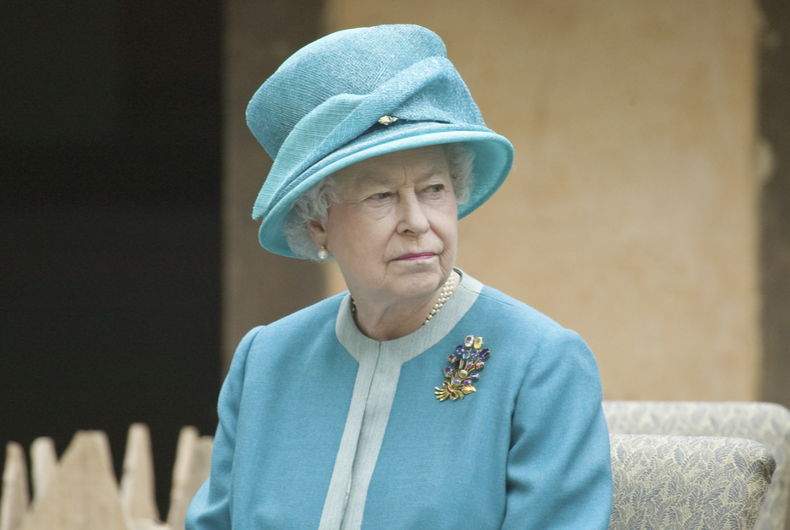 Queen Elizabeth II, who reigned over the United Kingdom from 1952 until today, has died at the age of 96. The longest-reigning British monarch, her royal majesty worked with fourteen British prime ministers throughout her time as queen.

Thrust into the role at age 25 after the death of her father, she reigned through the Suez Canal Crisis, the decolonization of Africa, the formation of the European Union, the decriminalization of homosexuality, and most recently, the COVID-19 pandemic.

Related: The queen of England’s gay cousin got married. No one from the royal family attended.

While the royal family endured many scandals throughout her time as Queen, the British public held her in high regard. Even as many increasingly questioned whether the monarchy should continue to exist, Queen Elizabeth’s approval ratings remained high.

Throughout her reign, the Queen saw Britain transform from a nation that threw gay men behind bars to one where they could legally marry.

When the Queen first came to power, police were still enforcing the country’s strict anti-sodomy laws that had first been implemented by Henry VIII in 1533.

While gay men were no longer put to death as they were in the 1500s, their sexual acts were criminalized and many were subject to chemical castration or imprisonment. Homosexual acts weren’t fully legalized in the country until the mid-90s.

While the Queen notoriously maintained an air of political neutrality, she is generally recognized as a supporter of LGBTQ rights. For most of her reign, she was rather quiet about LGBTQ issues, but in the last few decades, she began to take a more publicly pro-LGBTQ stance.

Her public support seems to have begun in 2013.

That year, she granted a pardon to Alan Turing, who is widely considered to be the father of computer science and is most famous for his work on breaking the German Enigma codes during World War II. He was punished by the British government for his sexuality and was chemically castrated after being convicted in 1952 of “gross indecency” with another man. Turing died by suicide in 1954 – during her reign.

Also in 2013, the Queen signed a historic equal rights charter supporting LGBTQ people. In a ceremony to mark Commonwealth Day, the then-86-year-old monarch gave a speech endorsing a new agreement between the Commonwealth nations stating that the signatories oppose “all forms of discrimination, whether rooted in gender, race, color, creed, political belief or other grounds.”

The words “other grounds” were said to refer to sexual orientation. While specific references to gay people were not included to avoid antagonizing Commonwealth countries that retained anti-LGBTQ laws, insiders still called it a “watershed” moment for the Queen. It was the first time she had signaled her support for gay rights in her then 61-year reign, The Daily Mail claimed at the time.

In 2013, Britain legalized gay marriage after Queen Elizabeth II gave her royal stamp of approval. While she did not give her approval publicly, comedian Stephen Fry claimed she celebrated the moment.

“When the queen signed the Royal Assent for the Equal Marriages Act, allowing gay people to marry for the first time,” Fry said, “she put it down and said ‘Well, who’d have thought 62 years ago when I came to the throne, I’d be signing something like this? Isn’t it wonderful?'”

Fry admitted he didn’t know if it was true, but a few years later, Buckingham Palace used Fry’s claim as proof that the Queen was excited about marriage equality after accusations surfaced that she was hesitant to approve it.

In 2014, the Queen gave royal approval to Scotland’s marriage equality law. She also congratulated one of Britain’s oldest LGBTQ charity groups, the London Lesbian and Gay Switchboard, on its 40th anniversary. Royal watchers said it was the first time the Monarch recognized an LGBTQ advocacy group.

“Best wishes and congratulations to all concerned on this most special anniversary,” read the Queen’s message, according to a transcript released by Buckingham Palace.

Most recently, in May 2021, the Queen announced that the government would outlaw the dangerous practice of conversion therapy.

“Measures will be brought forward to address racial and ethnic disparities and ban conversion therapy,” the Queen said during a nine-minute speech to Parliament.

It was not a bad final LGBTQ-related decree for the Monarch, who will officially be remembered as a supporter of LGBTQ rights.