TinyMart is sharing this content, the original was posted on lgbtqnation.com by  John Russell, Thursday, July 21, 2022, So please click here to go there
.

Moms for Liberty has become a driving force in the far right’s efforts to make public education worse for LGBTQ youth. 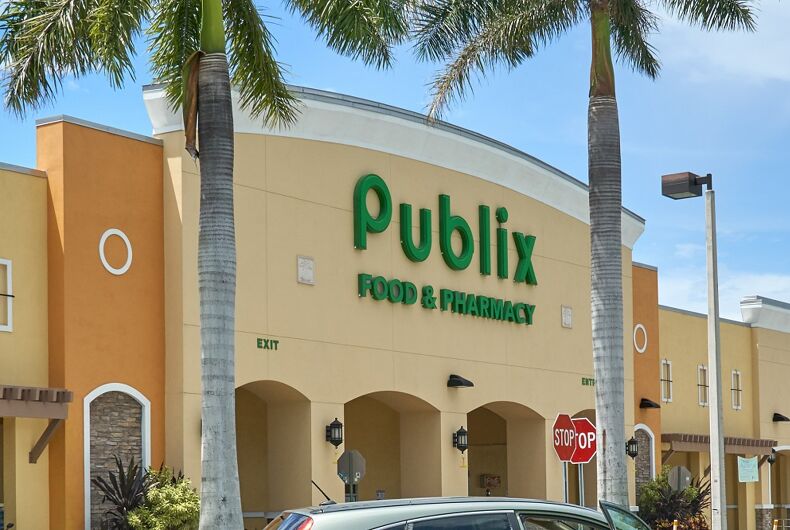 A Publix in MiamiPhoto: Shutterstock

Publix heiress Julie Fancelli donated $50,000 to an emerging political action committee in Florida operated by conservative group Moms for Liberty. Fancelli’s June contribution to the PAC, which is funding campaigns for seats on local school boards, is its first major donation and constitutes the bulk of its cash.

Moms for Liberty has become a driving force in the far right’s efforts to reshape public education in the U.S., advocating for what it calls “parental rights” in schools, which it defines as opposing the inclusion of LGBTQ rights and history in school curriculums.

Politico reports that the group’s Florida PAC, established last December, contributed a total of $8,750 to 35 candidates in Florida school board races in July. Several of those candidates have been endorsed by Florida Gov. Ron DeSantis (R), who recently signed the state’s “Parental Rights in Education” bill, commonly known as the “Don’t Say Gay” bill, into law. The law bans instruction on sexual orientation and gender identity in kindergarten through grade three and restricts instruction on those topics that is not “age appropriate or developmentally appropriate” in other grades.

Local school boards have been the focus of conservative energy recently, with parents and right-wing activists storming school board meetings to protest everything from school mask and vaccine mandates to the inclusion of topics related to LGBTQ rights and race in education.

In 2021, Moms for Liberty organized a protest after two girls kissed at a school’s homecoming festivities; demanded a school remove a book about seahorses from its library because it showed the fish holding tails, which is a mating ritual; complained about a book about the Civil War because it portrays “white people as ‘bad’ or ‘evil’”; and protested a school board member’s home because she supported the district’s LGBTQ-inclusive anti-discrimination policy, with signs that read “straight & proud” and “Adam and Eve, not Adam and Steve.” The group also offered a $500 bounty to anyone who reported New Hampshire public school teachers discussing “divisive topics” such as racism, sexism, and diversity.

Fancelli, the daughter of Publix Super Markets founder George Jenkins and a top Republican donor, reportedly wired $650,000 to several organizations that helped stage the rally that led to the January 6, 2021, assault on the U.S. Capitol. Those close to the 72-year-old, who had planned to attend the “Stop the Steal” rally, chalk her involvement up to her interest in conspiracy theorist Alex Jones.

“Fancelli was a regular listener to Jones’s show and had an assistant make contact with him at his office in Austin to find out how she could support Trump’s attempt to undermine Biden’s victory,” The Washington Post reported in December. “She and Jones talked by phone at least once between Dec. 27 and Jan. 1.”

Described as “low-profile” and even “reclusive,” Fancelli has reportedly given hundreds of thousands of dollars to Republican candidates and organizations over the past two decades, increasing her donations after Donald Trump’s 2016 election.