TinyMart is sharing this content, the original was posted on lgbtqnation.com by ﻿ Molly Sprayregen, Monday, October 31, 2022, So please click here to go there
.

"I will put my work ethic against that of any of my critics, any day." 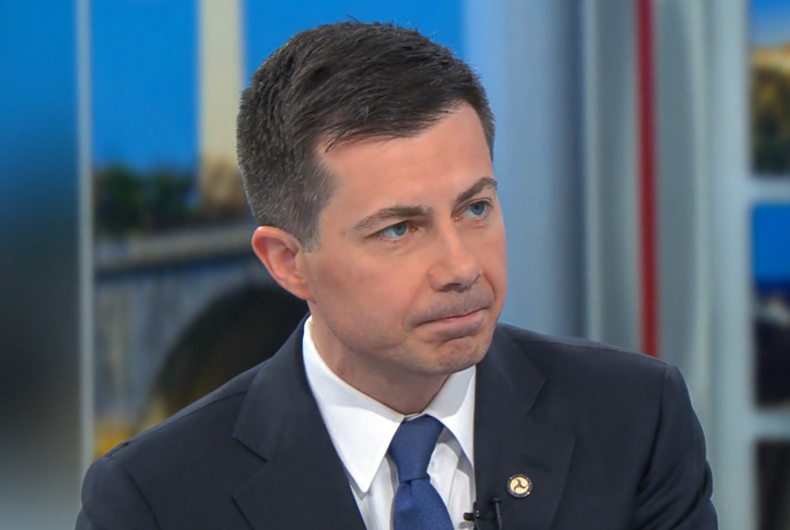 Over a year after the birth of out Secretary of Transportation Pete Buttigieg’s twins, he is still defending his decision to take a two-month paternity leave to care for and bond with them.

In a recent conversation with CNN’s Chris Wallace, who recently left Fox News, Wallace reportedly asked Buttigieg, “I understand the benefits of parental leave. The question is, even for cabinet secretaries dealing with crises that affect the American families?”

“I’m accustomed to working very, very hard,” Buttigieg responded, according to The Advocate. “I have never worked as hard as I did during those weeks that Chasten and I were taking care of our newborn, premature infant twins.”

Buttigieg also made it clear that during his leave, he was always available to work if he was needed.

He added that he felt it was important to be an example for all Americans that parental leave should be considered the norm.

“There’s this attitude that’s still out there that parenting is not work, that it’s some kind of vacation. I think part of my responsibility, right alongside my professional and policy responsibilities which I never set aside…is to send a message that our entire society should take parenting more seriously.”

He also pointed out that even during some of the scariest, most stressful  moments when his son was sick, he made himself available to work.

“There were times when I left the ICU bedside of my son, fighting for his life, and went into another room and shut the door behind me and opened the laptop and set a background with a couple of flags so that nobody in the Zoom was distracted by a background that was obviously a hospital room, and got on with my job.”

He added, “I will put my work ethic against that of any of my critics, any day.”

From the moment Buttigieg’s parental leave began, right-wing pundits and politicians began a blatantly homophobic smear campaign against him.

Right-wing commentator Matt Walsh said it was “absurd… luxury” for public employees like Buttigieg to receive two months off to care for his infants on the taxpayer dime. Fox News correspondent Tucker Carlson said that Buttigieg and his husband took paternity leave to try and “figure out how to breastfeed.”

In an appearance on The View at the time, Buttigieg called their negativity “unfortunate” but added, “In a way, maybe some good comes out of it too because it’s helped us have a conversation about parental leave.”