TinyMart is sharing this content, the original was posted on lgbtqnation.com by ﻿ Greg Owen Wednesday, August 17, 2022, So please click here to go there
.

In the last 13 months, Tommy Dorfman has come out as transgender, divorced her ex-husband, and is now engaged. 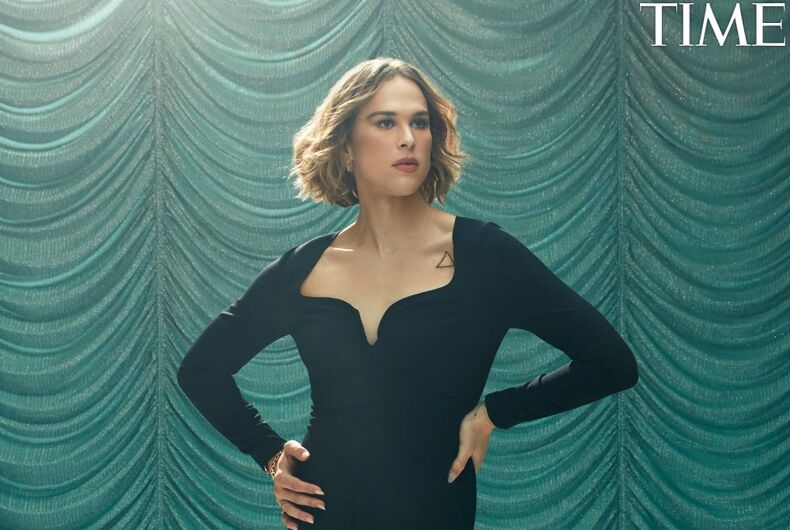 Actor Tommy Dorfman, who came out as trans in 2021, had another announcement this week: she’s engaged!

The 13 Reasons Why star, recently divorced after a five-year marriage to tech exec Peter Zurkuhlen, made the announcement on Rachel Bilson’s podcast Broad Ideas.

Adding to the joy: Dorfman’s fiancée is a woman.

Following her split in February after nine years with Zurkuhlen, “I was like, ‘This is the year that I’m gonna go on some dates with girls and feel that out again and not feel ashamed about it,’” Dorfman explained.

She wasted no time finding her forever girl.

Dorfman, 30, says she wants to “spend the rest of my life” with her new love.

The actress, best known as 13 Reasons’ Ryan Shaver on seasons 1 and 2 of the Netflix show, didn’t share the identity of her partner, but did confirm she’s a cisgender woman.

Dorfman came out publicly as transgender in July, 2021 but said at the time she’d been living as a woman for almost a year. Her transition redefined the relationship with Zurkuhlen, who identifies as gay.

“I love him so much, but we’ve been learning that as a trans woman, what I’m interested in is not necessarily reflected in a gay man,” Dorfman told Timemagazine last year. “So we’ve had incredible conversations to redefine our relationship as friends.”

“It’s wild to be 29 and going through puberty again. Some days I feel like I’m 14. As a result of that shift, the types of romantic partnerships I seek out are different,” the Sharp Stick star said seven months before Zurkuhlen filed for divorce.

She said that her fiancée is the first woman she’s been with “in a very long time.”

“I was really scared to admit that I was perhaps attracted to women because I felt I had such safe relationships with all the women in my life because they thought of me as a gay man,” Dorfman said. “In my head, I was like ‘Oh no, if I transition, do I tell people that I might just be a lesbian or bisexual, are any of my girlfriends ever going to trust me again.'”

“I spent 28 years of my life suicidal and depressed and recovering from alcoholism and drug addiction. I don’t think I’ve ever been genuinely happy until this past year,” she told Time. “I look at the Internet chronicle of photos of me since I started working, and I can see how f**king unhappy I was in every photo. It’s wild.”