TinyMart is sharing this content, the original was posted on lgbtqnation.com by  John Russell Thursday, August 4, 2022, So please click here to go there
.

The 74-year-old threatened to bomb parades and shoot people at the Stonewall Inn. He's getting locked up. 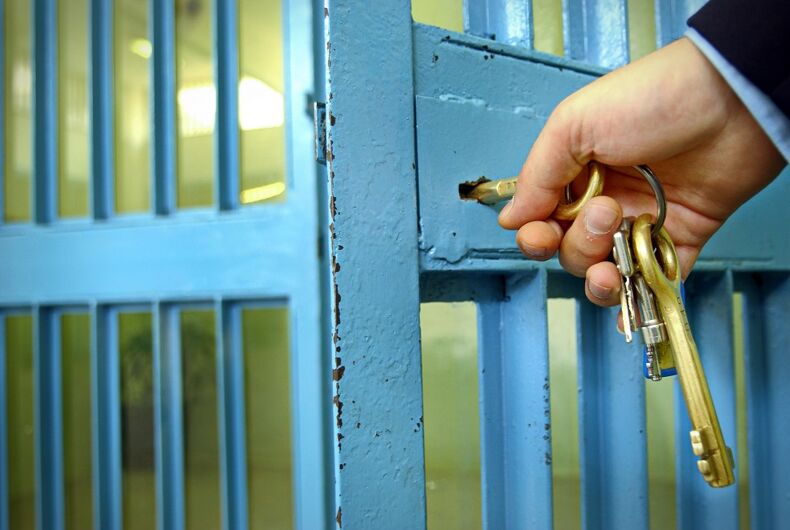 A 74-year-old Long Island man has been sentenced to 30 months in federal prison for sending threatening letters to LGBTQ groups and the organizers of Pride events.

Since 2013, Robert Fehring, a retired teacher, sent 65 anonymous letters threatening to bomb events like Pride parades, shoot patrons of the Stonewall Inn, and burn the historic bar to the ground. He was arrested last December pleaded guilty to one count of mailing threatening communications in February as part of a deal with prosecutors.

“The defendant has a First Amendment right to hold bigoted beliefs; he does not have a right to threaten people based on his bigoted beliefs,” prosecutors wrote in a sentencing memo. “It is now time for the defendant to face the consequences of his hate-filled conduct.”

In December, FBI Assistant Director-in-Charge Michael J. Driscoll called Fehring’s threats “not only appalling, but dangerous, despite the fact that he hadn’t yet acted on his purported intentions.”

In a letter sent in May, Fehring warned of “radio-controlled devices placed at numerous strategic places, and firepower aimed at you from other strategic places. We’ve had enough!!! This will make the 2016 Orlando Pulse Nightclub shooting look like a cakewalk.”

According to the New York Daily News, FBI agents searched Fehring’s home in November and found photos of a June 2021 Pride event in East Meadow, Long Island two loaded shotguns, hundreds of rounds of ammunition, two stun guns, an American flag-patterned machete, and a stamped envelope addressed to an attorney involved in LGBTQ causes containing the remains of a dead bird.

Buzzfeed News reports that investigators also found photographs from Pride events in New York City. They say the photos were intended to further terrify Fehring’s victims. Fehring had sent photos to at least one LGBTQ rights group to prove he had been to one of their events but had failed to “get a shot off.”

“The fact that the defendant sent his threats and then appeared at the above-described locations while he was the owner of multiple firearms and ammunition is particularly serious,” prosecutors said. “He did not merely make threats but took steps to enhance the seriousness of the threats that he made.”

“Once you have been targeted because of who you are, it changes you. You have no luxury of safety – even doing the most mundane daily chores,” said David Kilmnick an activist with the LGBT Network. “From the first time I received one of his ‘anonymous’ letters [threatening] my life due to being an LGBT ‘advocate’ and fighting for the rights and safety for our community, I no longer felt safe going to get the mail, taking out the garbage and even starting my car each day.”

In a statement on Wednesday, Brooklyn U.S. Attorney Breon Peace said, “Today’s sentence makes clear that threats to kill and commit acts of violence against the LGBTQ+ community will be met with significant punishment.”