TinyMart is sharing this content, the original was posted on lgbtqnation.com by ﻿ Alex Bollinger Friday, May 27, 2022, So please click here to go there
.

Transgender students will have to choose between being bullied in a bathroom or holding it for the entire day. 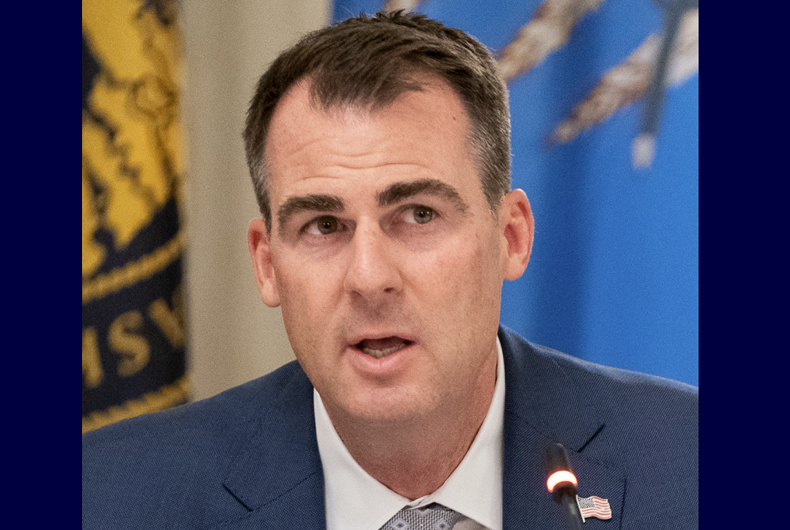 This law goes beyond what many states are even considering this year – mostly bans on transgender students participating in school sports – and will make it hard for transgender students to get through a school day since they could be outed or get bullied for using the bathroom associated with the sex on their birth certificate, as the bill requires.

Supporters of the bill say that it will promote “safety,” but opponents say that it puts transgender students at risk.

“Over the last day we’ve heard people talk about school safety over and over again. But with a flick of his pen, Governor Stitt said that safety doesn’t extend to already vulnerable transgender and Two-Spirit young people,” Nicole McAfee of Freedom Oklahoma told the AP.

The bill also allows schools to let trans students use a single-occupancy restroom, something that courts have blocked when schools in other states tried to do it.

A father in South Dakota earlier this year said that his daughter used to pretend that she was sick because she was told to use the nurse’s single-person bathroom but didn’t want to tell her classmates that she was transgender.

“In a sense, that sounds like a reasonable compromise, but it’s just another way of making a small handful of kids different,” the father said.

LGBTQ advocates warned that the new Oklahoma law likely violates Title IX, which bans discrimination on the basis of sex in education.

“What states like Oklahoma, Alabama, Tennessee, and North Carolina have done time after time is finding new ways to attack these kids for their political gains among radical voters,” said HRC state counsel Cathryn Oakley.

“Legislation targeting transgender youth in this way is a violation of both federal civil rights law as well as the United States Constitution.”

Stitt signed a law earlier this year banning transgender students from participating in school sports. He signed another law banning non-binary birth certificates in the state.