TinyMart is sharing this content, the original was posted on queerty.com by  Graham Gremore April 14, 2022 at 10:04am, So please click here to go there
. 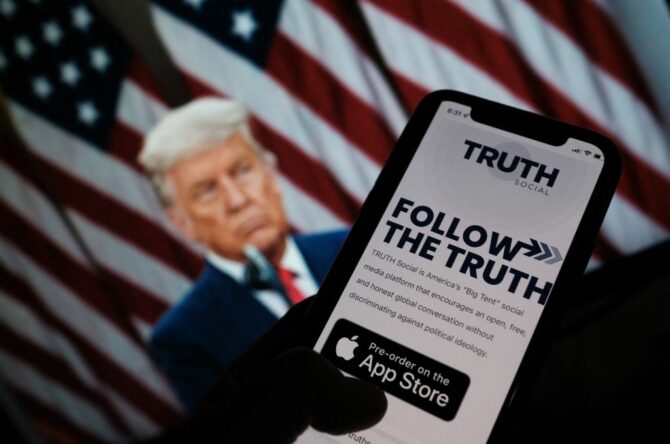 More sheer and utter stupidity to report from the land of Truth Social.

Days after a verified account for Fox News popped up on Donald Trump‘s disastrous social media platform, a spokesperson for the conservative propaganda network issued a statement saying the account is unauthorized.

“We are not on Truth Social,” the spokesperson confirmed yesterday.

Related: Just when we didn’t think things could get worse for Truth Social, this happened…

It’s an embarrassing blow to the app as investors likely saw Fox News’ brief, albeit fake, participation as a sign that maybe, just maybe, the struggling site still has a slim chance for survival.

Even more embarrassing is that, shortly before Fox News issued the statement, Devin Nunes, who quit Congress to oversee the rollout of the app, took to his Truth Social profile to cheer the network’s presence, writing: “Great to have RSS feed for @FoxNews now LIVE here on TRUTH! This adds to @OAN and @NewsMax.”

It’s unclear who created the Fox News account in the first place, or how it got verified, but Axios reports similar accounts bearing the names of other brands, including NASCAR and NASA, appear on the platform, although the profiles have disclaimers indicating they are bot accounts.

Trump Media & Technology Group has not issued any comment on the embarrassing Fox News snafu, but Twitter sure has a lot to say about it…

A March report by Sensor Tower revealed Truth Social suffered a 93% drop in new signups since going live in February.

The app saw downloads fall by more than 800,000 in just a few weeks, with installs on the Apple app store dropping to barely 60,000 per week.

On top of that, weekly visits by people who already had the app fell to 1.9 million, from a high of 6 million when it first launched.

Per the Daily Beast:

In recent weeks, sources have heard the former president on the phone swearing gratuitously and asking things like, “What the f*ck is going on” with Truth Social.

He’s repeatedly groused about the negative press and the less-than-stellar optics of the rollout, these sources said. And he’s demanded to know why more people aren’t using it—why the app isn’t swiftly dominating the competition.