TinyMart is sharing this content, the original was posted on lgbtqnation.com by ﻿ John Russell Friday, July 29, 2022, So please click here to go there
.

“This ruling is not only a victory for the LGBTQ+ community, but for all Michigan residents.” 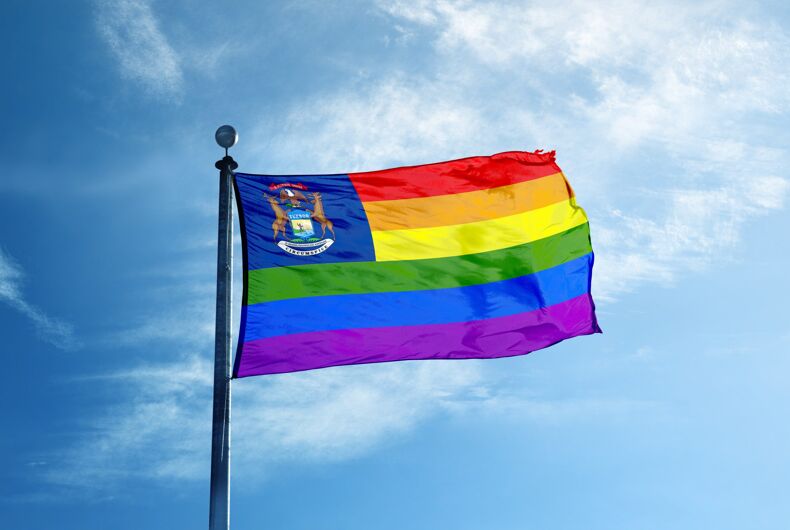 Michigan’s Supreme Court has ruled that businesses, landlords, and others cannot discriminate based on sexual orientation or gender identity, even though the state’s civil rights legislation doesn’t specifically mention those categories.

The landmark 5–2 decision establishes that the bans on discrimination on the basis of “sex” in the state’s 1976 Elliott-Larsen Civil Rights Act (ELCRA) cover sexual orientation and gender identity.

In 2015, Michigan Democrats introduced bills that would have added explicit protections for sexual orientation, gender identity, and gender expression into the ELCRA. The bills were blocked by Republican leaders. Michigan’s Supreme Court declined to hear an appeal from Fair and Equal Michigan to have the 1976 law revised to include protections against anti-LGBTQ discrimination in 2021.

Writing for the majority this week, Justice Elizabeth Clement, a Republican, said, “Discrimination on the basis of sexual orientation necessarily constitutes discrimination because of sex.”

“Regardless of whether one defines ‘sex’ expansively or narrowly, the result of the textual analysis is the same: discrimination on the basis of sexual orientation necessarily involves discrimination because of sex in violation of (state law),” Clement continued.

“Our residents deserve to live in a state that recognizes the value of diversity and rejects the notion that our own civil rights law could be used as a tool of discrimination. This ruling is not only a victory for the LGBTQ+ community, but for all Michigan residents, and one that’s long overdue,” said Michigan Attorney General Dana Nessel in a statement.

Arguing before the court in March, Nessel and the American Civil Liberties Union cited the U.S. Supreme Court’s 2020 ruling in Bostock v. Clayton County which affirmed that Title VII’s ban on employment discrimination due to sex also protects LGBTQ people.

The Michigan Civil Rights Commission voted in 2018 to interpret the state’s ban on discrimination on the basis of sex to include discrimination against LGBTQ people. Following Michigan Department of Civil Rights investigations, both businesses filed lawsuits claiming that serving LGBTQ violated their religious freedoms.

In 2020, a Michigan Court of Claims judge held that ELCRA does not cover protections for gay and bisexual people due to a previous state supreme court decision in Barbour v. Department of Social Services, where the court ruled that the state’s ban on discrimination because of sex does not ban discrimination against gay and bisexual people. In his summary judgement, however, Judge Christopher M. Murray said that following Bostock Michigan’s civil rights legislation was similar enough to apply the same reasoning to the case involving anti-transgender discrimination.

“We are encouraged that the Michigan Court of Claims has ruled the word ‘sex’ in ELCRA encompasses gender identity, but we will continue to argue that the U.S. Supreme Court was right to conclude, as did the Michigan Civil Rights Commission, that ‘sex’ in this context is also inclusive of sexual orientation,” Michigan Department of Civil Rights Chair Stacie Clayton said at the time.

This week’s ruling establishes that ELCRA covers discrimination against lesbian, gay, bisexual, and queer individuals as well as transgender people.