Massively influential & anti-LGBTQ influencer behind “Libs of TikTok” was unmasked

TinyMart is sharing this content, the original was posted on lgbtqnation.com by  Daniel Villarreal Tuesday, April 19, 2022 So please click here to go there
.

Chaya Raichik has been attacking LGBTQ-friendly teachers on Twitter, getting politicians to push anti-equality legislation. 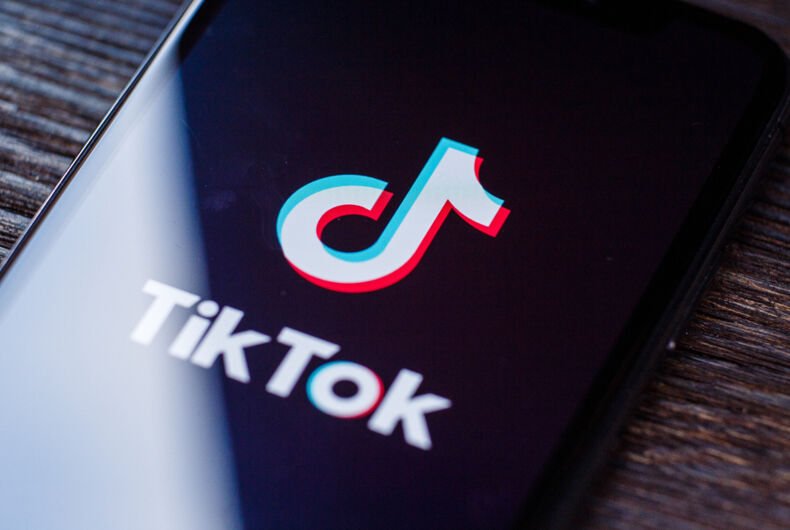 However, after several rebranding attempts, Raichik found success by reposting TikTok videos and social media posts, primarily from LGBTQ people, that are framed to create outrage. Her anti-LGBTQ tweets on the account have gone the most viral.

Since January, she has oft-repeated the conservative labeling of LGBTQ teachers and their allies as “groomers” (basically pedophiles). She has said that teachers who mention LGBTQ people are “abusive,” that gender-nonconformity and LGBTQ-allyship are both a “mental illness” and that schools are “government-run indoctrination camps” for the LGBTQ community.

“[LGBTQ] people, some of them are literally evil and grooming kids,” Raichik said in one of numerous previous anonymous interviews she gave before being outed as the account’s operator. “They should not be in schools, they should not be teachers.”

Christina Pushaw, the press secretary of Florida’s Republican Governor Ron DeSantis, credited Libs of TikTok with “opening her eyes” to the need for Florida’s “Don’t Say Gay” bill which DeSantis recently signed. Before he signed it, Pushaw said anyone who opposes the law must support pedophilia.

Fox News hosts Jesse Watters and Tucker Carlson have also repeatedly mentioned the account, telling parents that it’s a good way to keep up on what’s happening in schools. Right-wing podcaster, Joe Rogan, has also promoted the site on his podcast, helping boost the account’s follower count. The site is also repeatedly mentioned in The New York Post, the Federalist, the Post Millennial, and other right-wing media outlets.

The account has become more anti-LGBTQ since the wave of legislation seeking to ban transgender students’ rights and discussions of LGBTQ topics from schools started. It has been temporarily suspended from Twitter twice for violating the platform’s rules on targeted harassment. Teachers have received death threats after Raichik highlighted them on her account, the Post reported. Raichik herself has bragged that her account has helped several teachers get fired.

“[Libs of TikTok] is playing on fears and misunderstandings of who trans people are, while amping up extreme rhetoric and normalizing portraying queer people as inherently dangerous to children,” Branstetter said. “It’s hard to stoke moral panic without main characters, and the role Libs of TikTok is playing is finding those characters.”

The Post unmasked Raichik by finding her full name and cellphone number attached to the domain registration information for LibsOfTikTok.us.