LGBTQ are literally taking over the country, according to a new survey 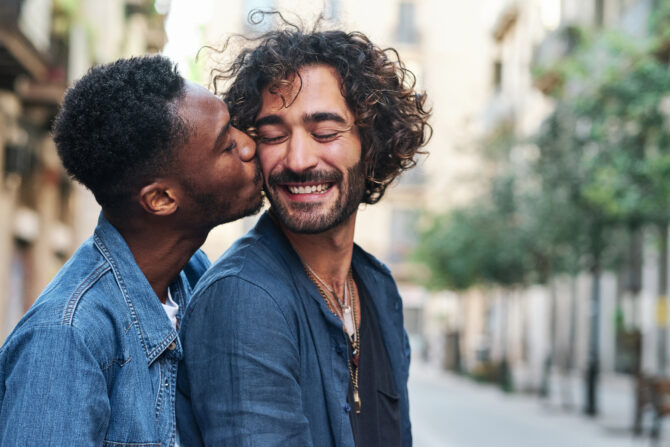 More American adults than ever before identify as LGBTQ, according to a Gallup poll released on Thursday, with the number doubling–yes, doubling–over the past decade.

Using data aggregated over the past year, from interviews with over 12,000 respondents, Gallup found that 7.1 percent of U.S. adults reported identifying as something other than heterosexual.

The analytics company began measuring in 2012, at which time it found just 3.5 percent responding that they considered themselves to be members of the LGBTQ community.

The increase is largely due to members of Generation Z who have reached adulthood replacing older generations, who are more likely to identify as cisgender and heterosexual.

Nearly 21 percent of Gen Z Americans who were at least 18 years-old as of last year identify as LGBTQ. That’s nearly twice as many as millennials who do, at 10.5 percent, and about five times as many as Generation X, coming in at 4.2 percent. Meanwhile, just 2.6 percent of baby boomers identify as LGBTQ, and 0.8 percent of traditionalists.

Related: 30 amazing tweets by LGBTQ people about their woke grandmas

Digging even further into the numbers, Gen Z and millennials have been increasingly identifying as LGBTQ, with just 5.8 percent of millennials self-describing as such in 2012, and 7.8 percent of Gen Z in 2017.

Among those identifying as LGBTQ, bisexual adults compromise the largest group, at 57 percent, translating to 4 percent of U.S. adults overall.

Additionally, 21 percent of LGBTQ Americans surveyed said they are gay, 14 percent lesbian, 10 percent transgender, and another 4 percent described themselves as something else, including queer and same-gender-loving.

The number of Americans identifying as bisexual is especially pronounced among the poll’s youngest cohort, with 15 percent of Gen Z adults reporting they are bi.

Gallup notes the increase in adults identifying as LGBTQ coincides with greater acceptance of the community, with record numbers of Americans supporting same-sex marriage and nondiscrimination protections, including most Republicans.

Furthermore, most Americans are also in support of transgender servicemembers, although that number has dropped, from 71 percent in 2019 to 66 percent in 2021, and most still say they believes trans athletes should be made to play only on teams matching their gender assigned at birth.

The trend in identification is expected to continue upward, with Gallup arguing, “With one in 10 millennials and one in five Gen Z members identifying as LGBT, the proportion of LGBT Americans should exceed 10 percent in the near future.”