TinyMart is sharing this content, the original was posted on lgbtqnation.com by ﻿ Molly Sprayregen, Monday, November 21, 2022, So please click here to go there
.

"The judge put on paper what we already knew: the institutions must protect the rights of the weakest, in this case minors." 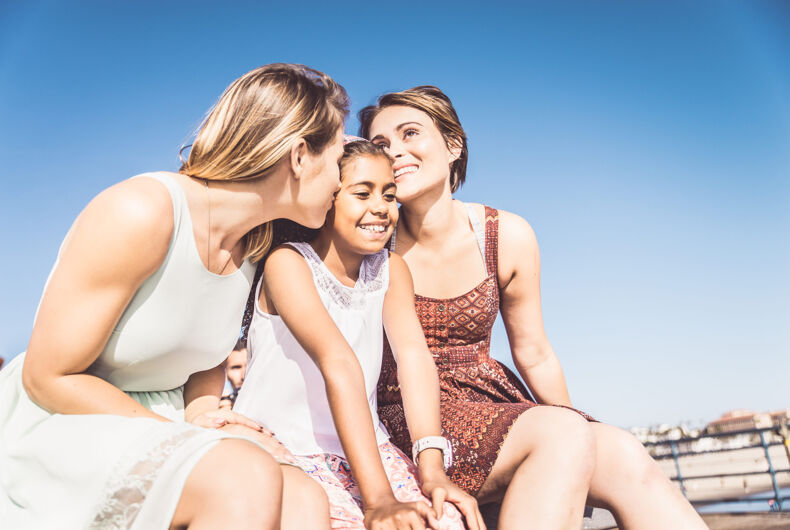 In a rebuff to Italy’s new right-wing government, a lesbian couple in Italy has won the right not be identified as “mother” and “father” on their child’s identity card.

A judge in Rome ruled that because both members of the couple are the legal mothers to their daughter, it didn’t make sense that one of them should go by father.

The judge issued the ruling in September but it was only recently publicized by the LGBTQ advocacy organization Famiglie Arcobaleno (Rainbow Families).

The cards used to refer to children’s guardians simply as “parents,” but in 2019, then far-right interior minister Matteo Salvini changed it to “mother” and “father,” Reuters reported.

Alessia Crocini, the president of Famiglie Arcobaleno or “Rainbow Families,” said that the ruling “tells us that in Italy the political persecution of the rainbow family is simply shameful and profoundly ideological.”

“On the one hand there is the reality of life: thousands of families made up of two mothers or two fathers have been living in our country for at least 30 years, on the other there is the ideology of a certain political party which would like to erase the existence and rights of these families and of the minors who are born, grow up and live in those families every day.”

“The judge put on paper what we already knew: the institutions must protect the rights of the weakest, in this case minors, and not write false information detrimental to people’s dignity by law on official documents.”

While the decision is a victory for LGBTQ equality, it applies only to the specific couple in the case and does not change anything for others.

A statement from anti-LGBTQ Prime Minister Giorgia Meloni’s office said her team will be examining the ruling “very carefully because it presents obvious implementation problems” and “puts [the national ID system] at risk.”

But the ruling is permanent, as the government under former Prime Minster Mario Draghi already declined to appeal the case.

Meloni opposes allowing adoption by same-sex couples as well as marriage equality – which has not been legalized in Italy – and has said that civil unions are “good enough” for LGBTQ people.

“Yes to the natural family, no to LGBT lobbies,” she declared earlier this year.

As a member of parliament, Meloni pushed for a law to make surrogacy a “universal crime” in response to same-sex couples working with surrogates abroad.

Meloni has also decried “gender ideology,” or the idea that not everyone is straight and cisgender and that not all people want to follow traditional gender roles.

A member of her party also tried to stop Italian state broadcaster RAI from airing an episode of Peppa Pig that had a bear with two moms, arguing that that’s “gender indoctrination” because children will think that being gay is “normal, because it’s not.”

Meloni is the most far-right leader of Italy since fascist Benito Mussolini led Italy during World War II. She is also the first woman to be prime minister of the country.