TinyMart is sharing this content, the original was posted on  blackenterprise.com  by Jeroslyn Johnson May 27, 2022202, So please click here to go there
. 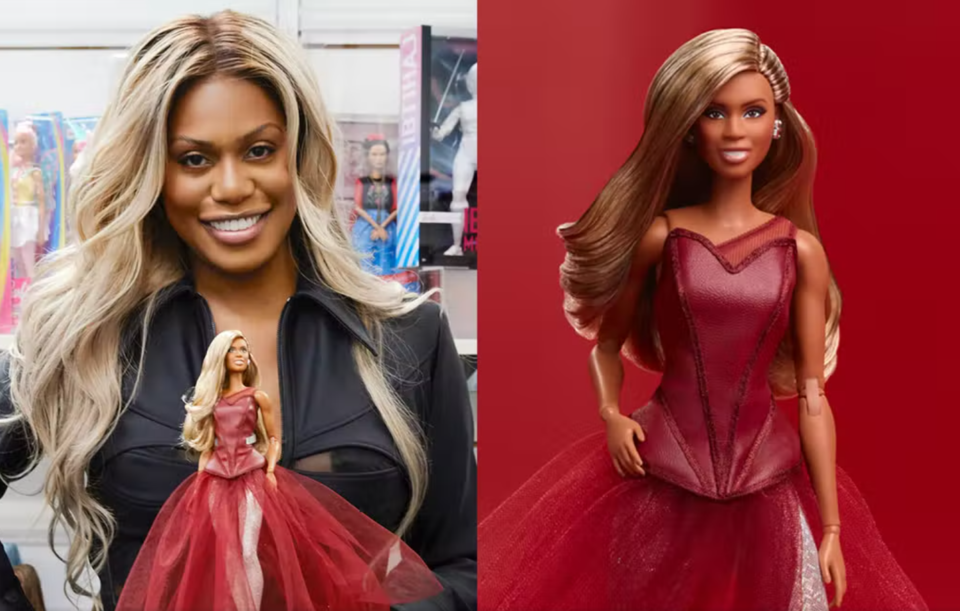 Mattel has unveiled their first transgender Barbie and who else to model the doll after than Laverne Cox.

The iconic toy brand created the doll in Cox’s image to honor her work and impact as an advocate for LGBTQ rights.

“I can’t believe it. I love her outfit,” Cox told People. “What excites me most about her being out in the world is that trans young people can see her and maybe get to purchase her and play with her, and know that there’s a Barbie made by Mattel, for the first time, in the likeness of a trans person.”

The Orange Is The New Black star might have a new toy in her image, but says her Barbie is more than just a doll.

“I think in an environment where trans children have been used as a political football, when over 250 pieces of anti-trans legislation have been introduced in state legislatures all over the country in 2022 alone, and access to gender-affirming healthcare has been denied by policies signed into law in my home state of Alabama, in Arkansas and other states… That in this environment where trans kids are being attacked, that this can also be a celebration of transness, and also a space for them to dream, understand and be reminded that trans is beautiful,” she says.

“That there’s hope and possibility for them to be themselves.”

Cox was also “very involved” in the design process and wanted to make sure the doll truly represented her.

“I was like, ‘Can we make her look more like me? And more African American?'” Cox recalled. “And we had a conversation about highlights and lowlights because I’m blonde most of the time now, but I’m a Black girl, so I need a dark root. And we had a whole conversation about how they can’t do that, but they could do dark low lights.”

On Thursday, Cox celebrated her 50th birthday in New York City and dress like her new Barbie doll to celebrate the milestone birthday. Cox walked the pink carpet with her Barbie in hand.