Landlord ordered trans tenant to “act as a man.” The Biden administration took him to court.

TinyMart is sharing this content, the original was posted on lgbtqnation.com by  Greg Owen, Wednesday, July 6, 2022, So please click here to go there
.

The landlord told the trans woman to "1. Act as a man 2. Talk as a man 3. Dress as a man 4. Avoid tight clothing that is revealing sexual organs." He's in court now for housing discrimination. 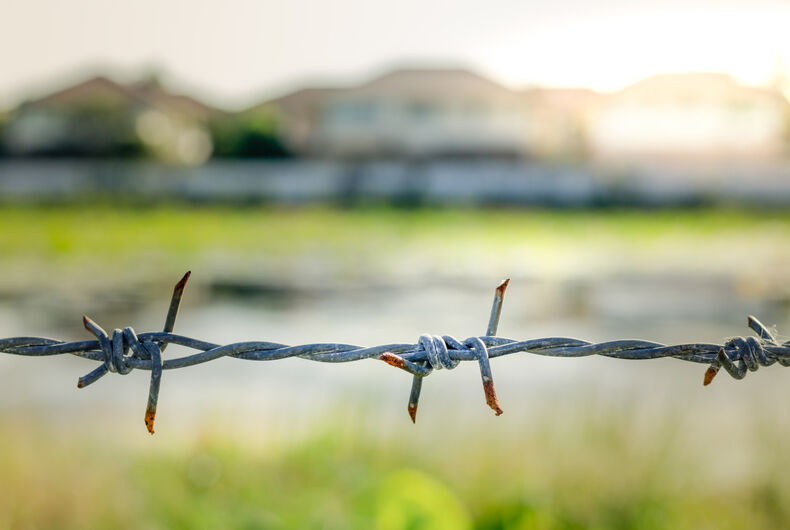 A Florida landlord is being charged with discrimination against a transgender tenant in the RV park he owns and operates, according to federal authorities, after he told her to “act as a man” or else she would have “trouble.”

Nathan Dykgraaf, owner and manager of the 21 Palms RV Resort in Davenport, Florida is accused by the U.S. Department of Housing and Urban Development (HUD) of discriminating against the former tenant because of her gender identity.

The Fair Housing Act bars housing providers from discrimination based on a tenant’s sex, which the Biden administration said in early 2021 includes discrimination on the basis of sexual orientation and gender identity. The HUD charge resulted from a complaint that the tenant, who lived with her fiance and fiance’s child at the site, filed with the agency.

The charge alleges that Dykgraaf, owner of the park located minutes south of the Walt Disney World Resort, violated the Act when he gave the tenant a letter stating that he was aware she was transitioning and proscribing her behavior.

In the handwritten notice, delivered in January 2021, Dykgraaf stated: “I have been informed of your actions to have your sex changed to a female, I am told you have started taking the necessary medication and that after a period of time your change will be completed. To avoid problems you must: 1. Act as a man 2. Talk as a man 3. Dress as a man 4. Avoid tight clothing that is revealing sexual organs. If you follow the above steps trouble will be avoided. Sincerely, Nathan D.”

The charge asserts that after receiving the notice, “Complainant stopped fully expressing her gender identity, no longer publicly dressed as a woman at the Subject Property and avoided Respondents out of fear of eviction or other trouble. Complainant also avoided interacting with neighbors and staff and limited her use of the amenities.”

The couple and child vacated the property at the end of August.

“No one should have to change how they express their gender identity to maintain their housing,” Demetria L. McCain, HUD’s principal deputy assistant secretary for fair housing and equal opportunity, said. “Setting restrictions like these is not only unacceptable, it is illegal. This charge demonstrates HUD’s commitment to enforcing the Fair Housing Act and ensuring housing providers meet their fair housing obligations.”

As a result of the discriminatory conduct, the agency asserts the tenant, her fiance´ and “minor child suffered actual damages including, but not limited to emotional distress, lost housing opportunity, and out-of-pocket expenses.”

The charge will be heard by a U.S. administrative law judge, unless either party elects to have the case heard in federal district court. In both venues, the judge may award damages to the tenant for harm and has the power to impose fines.

The Biden administration’s policy regarding the Fair Housing Act was based on the Supreme Court decision in Bostock v. Clayton Co., which found that Title VII’s ban on discrimination in employment because of sex includes anti-LGBTQ discrimination. President Joe Biden ordered federal agencies in 2021 to implement the Court’s reasoning when it came to other federal civil rights laws.

The policy was a sharp change from the HUD under Donald Trump, where HUD Secretary Ben Carson repeatedly battled against transgender equality. Carson’s HUD went so far as to issue guidance for homeless shelters on how to spot a trans woman so that they could refuse service.