TinyMart is sharing this content, the original was posted on lgbtqnation.com by  Daniel Villarreal Tuesday, August 23, 2022, So please click here to go there
.

The parents said they have a constitutional right to know if their kids are using other pronouns at school. The judge said no. 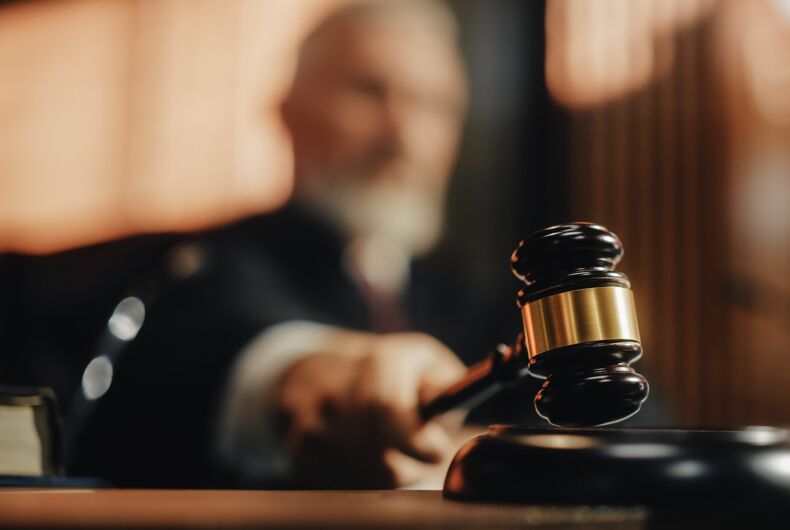 Federal Judge Paul Grimm from the District of Maryland has thrown out a lawsuit from parents who opposed a school district’s plan to support its transgender students.

Three unidentified parents filed the lawsuit in October 2021 against Maryland’s Montgomery County Board of Education. The parents said the district’s guidelines on student gender identity violated state laws and the U.S. Constitution by encouraging school staff to keep a child’s chosen gender identity hidden from parents.

The guidelines state that students can disclose their gender identity to school staff as well as the level of support they anticipate receiving from their caretakers at home. However, the guidelines also state that school staff members aren’t required to disclose a student’s gender identity to a child’s parents unless they are legally required or authorized by the student.

The suing parents said that the guidelines violated the federal Family Educational Rights and Privacy Act (FERPA), a 1974 law that gives parents the right to access their children’s educational records.

The parents also said the guidelines violate the Maryland Declaration of Rights provision allowing adults to “direct the care, custody, education, welfare, safety, and control of their minor children” as well as the U.S. Constitution’s 14th Amendment Due Process clause.

In their lawsuit, the parents said the guidelines are “expressly designed to circumvent parental involvement in a pivotal decision affecting [their children’s] care, health education, and future,” The Washington Times reported.

The parents also claimed that the policy would allow children “to transition socially to a different gender identity at school without parental notice or consent.” While the district policy allows students to use the pronouns and gendered facilities of their choosing, it doesn’t authorize the school to provide any other sorts of gender affirming medical or mental health care.

Grimm disagreed with the parents’ arguments. In his decision, the judge wrote that the guidelines are meant to be flexible and don’t necessarily instruct school staff to hide such information from parents.

In fact, in a statement hailing Grimm’s ruling, the Montgomery County Board of Education wrote, “The Court rightly found that our Guidelines for Gender Identity actively encourage familial involvement in developing and implementing a transgender or gender nonconforming student’s ‘Gender Support Plan’ whenever possible.”

The parents’ attorney Rick Claybrook said his clients are considering an appeal to Grimm’s ruling.

Mark Eckstein, chair of the Montgomery County Council of Parent Teacher Associations’ LGBTQ subcommittee, said that some parents are opposed to the guidelines because there isn’t a lot of case law on the subject, Bethesda Magazine wrote.

“The ideal situation is to get the parents and child together and get everyone on the same page, but when that doesn’t happen, for whatever reason, it creates conflict,” Eckstein told the magazine. “But you do have a lot of instances where a child is out at school, but not at home. It’s not easy whatever way you cut it. Even if everyone is at their best, it’s a complicated situation.”

This isn’t the first time parents have sued over such a law.