"Jesus, guns, babies": Religious violence is now at the core of the Republican Party

TinyMart is sharing this content, the original was posted on salon.com by ﻿Thomas Lecaque Published June 14, 2022 6:30AM (EDT) So please click here to go there
. 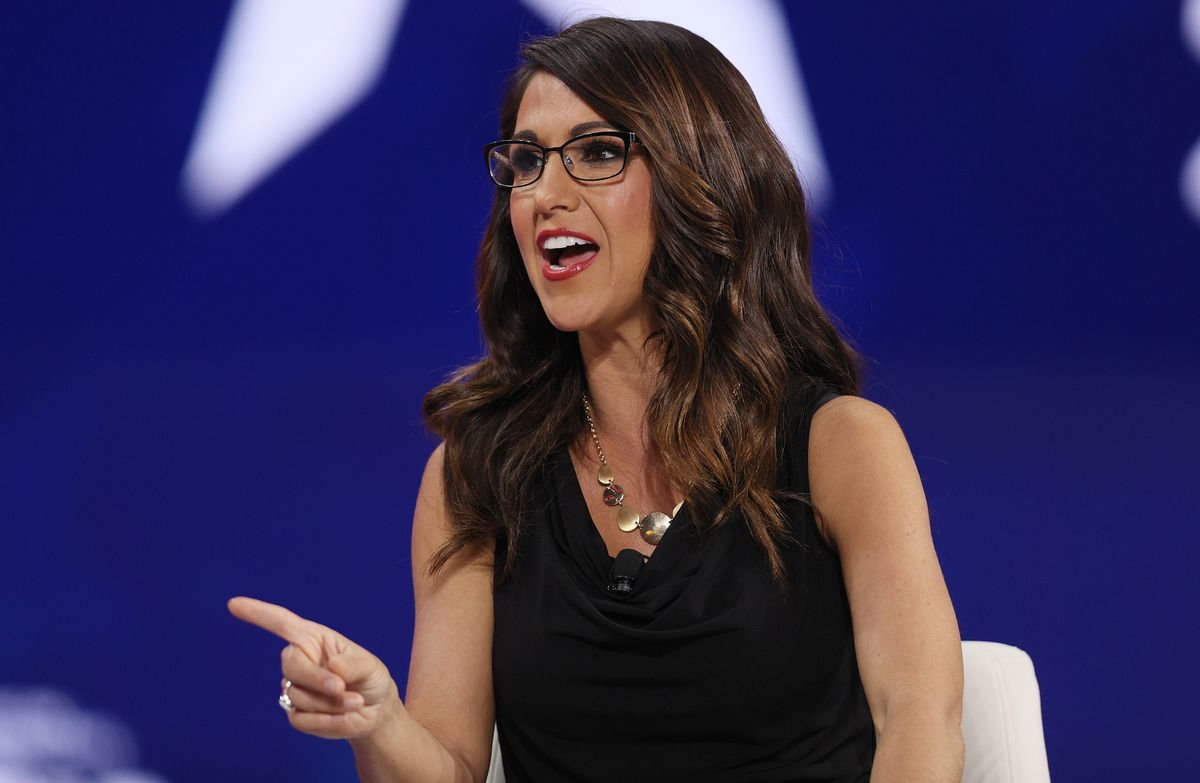 At the tail end of last week, Rep. Lauren Boebert of Colorado took the stage at the Charis Christian Center's Family Camp Meeting. The event claims that, "you will hear God's Word shared through speakers who have proven God's Word," and follows the speakers' list with Acts 2:17-18:

The apocalyptic context notwithstanding, Boebert's talk made quite a splashbecause of her invocation of Psalm 109:8 in the context of praying for President Biden — "May his days be few and another take his office" — before laughing at the cheers of the crowd. This is certainly not a new use of that text by the GOP — Sen. David Perdue of Georgia invoked it against Obama in 2016, and it became an anti-Obama slogan featured on bumper stickers. With the passage divorced from its full context, people can laugh — but Psalm 109 is a war psalm, calling for the death of the man in question, with 109:9 reading "Let his children be fatherless, and his wife a widow." And that's the point: As with so many aspects of contemporary Christian nationalism, give the line people can nod along to, and hold back the violent context. This is a prayer for the death of the president, and it is one we can honestly say has become normal for Republicans to use about Democratic presidents.

Maybe that's a big enough problem that we should acknowledge it not just as a fringe phenomenon, but as part of the core problem of the contemporary, MAGA-infused GOP.

RELATED: From the Pilgrims to QAnon: Christian nationalism is the "asteroid coming for democracy"

Of course, Boebert has gone much further than prayers against the president. She met with organizers of the Jan. 6 coup attempt beforehand. She tweeted the locations of lawmakers, including Speaker Nancy Pelosi, as insurrectionists were breaking into the Capitol. Like Rep. Thomas Massie of Kentucky, Boebert and her family have posed for Christmas cards with AR-15-style weapons, with all of the problematic associations of the birth of Jesus of Nazareth with weaponsdesigned for combat. These things — Jesus, guns and, with family photos, babies — are in fact pillars of the Christian nationalist branch of the GOP.

Georgia candidate Kandiss Taylor called fellow Republican Brian Kemp "Luciferian" and defined the First Amendment as "our right to worship Jesus freely — that's why we have a country." 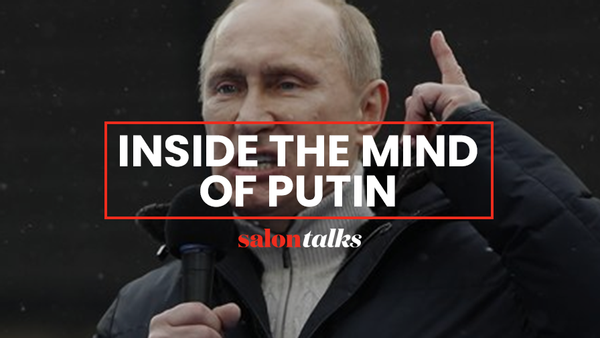 Kandiss Taylor's failed Republican gubernatorial primary campaign in Georgia was incredibly instructive on where the GOP now stands. Her campaign bus, which literally had "Jesus, Guns, Babies" emblazoned on the side, was just the most overt aspect of her Christian nationalist campaign. She told followers to pray for good sheriffs and said that corrupt ones would be executed for treason, strongly implying her belief in the extremist "constitutional sheriff" doctrine, which holds sheriffs are arbiters of what the law is in their counties, not enforcers of it. She said at one campaign rally, "We're gonna do a political rally and we're gonna honor Jesus. They're not gonna tell us 'separation of church and state.' We are the church! We run this state!" — an aggressively Christian nationalist idea. Taylor called Gov. Brian Kemp's administration a "Luciferian regime," said that as governor she would release an executive order against the "Satanic elites," and vowed to tear down the "Satanic" Georgia Guidestones.

Taylor even championed Native genocide, saying, "The First Amendment right, which is our right to worship Jesus freely — that's why we have a country. That's why we have Georgia. That's why we had our Founding Fathers come over here and destroy American Indians' homes and their land. They took it." And, of course, she champions the Big Lie, saying on Twitter, "We are in a spiritual war ... it's God versus Satan. If GA goes down, if we let them steal the election from us .. we're gonna steal it back if we have to." That carried over to her own loss — despite losing the primary by 70 points, she refused to concede.

We might well ask: So what? Taylor was defeated by a staggering margin, as were numerous other Christian nationalist candidates. Rep. Madison Cawthorn, for example, lost his primary race in North Carolina after the Republican establishment turned on him. Idaho Lt. Gov. Janice McGeachin embraced extremism, appearing with militia members in photo ops, administering oaths to them reserved for the state military, and appeared on video at the America First PAC meeting, saying, "God calls us to pick up the sword and fight, and Christ will reign in the state of Idaho." She lost by 20 points. The Republican candidate for secretary of state in California, Rachel Hamm, said she decided to run for office because she was a prophetic dreamer, and because her youngest son, "a seer," had found Jesus in the closet where she prays, holding a scroll telling her to run. She also lost and then claimed fraud, tweeting, "When you've fought the good fight, had an honest contest & lost, that's when you concede. So, in my case, there will be no concession. Stolen elections=stolen Republic."

And then there those who are still running. Greg Lopez, a GOP gubernatorial candidate in Colorado, believes in a blanket ban on abortion, rejects climate change, has said that the "educational system has now been converted into state indoctrination centers" and is a proponent of the Big Lie. He appeared, alongside a range of conspiracy theorists and far right figures, at the Western Conservative Summit at the beginning of the month. And he is not shy about his negative views of the LGBTQ community, a common theme among GOP candidates.

Mark Burns in South Carolina, for example, was an early Trump supporter in 2016. He's an evangelical minister, a conspiracy theorist and pastor at the Harvest Praise & Worship Center. He's running for Congress in the state's 4th congressional district, and his platform reads like a grab bag of right-wing ideas:

And while these may sound like wild ideas, they're nothing compared to what Burns says. He has called for reviving the House Un-American Activities Committee — yes, the infamous Red-hunters of the 1940s — to investigate LGBTQ "indoctrination," which he calls a national security threat, saying that anyone engaged in it (or in gun control) should be tried for treason, and executed. Burns is literally calling for reviving the "lavender scare," which has a certain evil logic because that, in essence, is where Christian nationalists have settled in the culture wars: anti-trans legislation, anti-LGBTQ rallies and attacks, and pushing to re-criminalize sexual minorities.

One South Carolina candidate literally wants to bring back the anti-LGBTQ persecution of the "lavender scare," which has a certain logic: That's where Christian nationalists have landed in the culture wars.

The Jesus part is obvious. The guns have been covered, be it Pennsylvania gubernatorial candidate Doug Mastriano's links to the apocalyptic Rod of Iron Ministries or the marketing of AR-15-style guns as sacred weapons. But babies may be the most important part of it. Attacks on the LGBTQ community must be understood in the context of right-wing ideas about sexual purity and a full-blown mania for forced birth legislation. Anti-abortion laws, attacks on contraception and attacks on sexual minorities are all part of a Christian nationalist assault on the nation. Movements like Quiverfull, taken from Psalm 127, have a number of political aspects alongside a belief system that shuns birth control and believes God will give them the right number of children. They literally believe that whoever has the most babies wins, and see that as the fundamental political and spiritual battle. One Quiverfull-affiliated author has said:

It is the womb that conceives and nourishes the "godly seed" who will come forth to be the light in the darkness and who will destroy the works of Satan in this world. God is looking for an army. ... The womb is a powerful weapon against Satan. Some women fear to bring babies into this evil world, but this is one of the greatest reasons for having children — to be the light in this dark world!

Quiverfull is a Christian patriarchy movement, not only pushing female submission to husbands and fathers, and eschewing education and contraception to win the culture war — as Salon reporter Kathryn Joyce has detailed in her book "Quiverfull: Inside the Christian Patriarchy Movement" — but also contributing to the protection of sexual predators in church communitiesand vigorously promoting the anti-abortion and forced birth laws being passed around the country.

I would also suggest, rather forcefully, that Christian patriarchy and Christian nationalism are linked to the "great replacement" theory, the deeply racist and xenophobic notion that nonwhite people are being brought into Western countries to "replace" white voters, in order to further a specific political agenda, leading to the supposed extinction of white people. As is well understood, this delusional ideology has fueled multiple massacres, including the mass shooting in Buffalo in May and earlier mass shootings in El Paso, Pittsburgh and Christchurch, New Zealand. Forced-birth laws and abortion bans are also part of this perceived demographic war, part and parcel with the spiritual battles Christian nationalists believe they are fighting and the very real stockpiling of arms, association with militia groups and opposition to government. PRRI's August 2021 survey shows that "great replacement" ideas are growing in evangelical circles, and have only become more mainstream since then.

Religious violence is the bedrock of Christian nationalism, and Christian Nationalism is becoming the bedrock of the contemporary Republican Party. Forced birth laws, anti-LGBTQ legislation and the "great replacement" theory are all forms of violence, and all but certain to fuel the spread of more lethal violence. is violence. "Jesus, Guns and Babies" may seem like a laughable slogan, stripped of context. But it isn't funny at all.