TinyMart is sharing this content, the original was posted on lgbtqnation.com by ﻿Shelbi Day, Shannon Minter, and Julie Gonen,  July 4, 2022 So please click here to go there
.

Our families aren’t “up next.” We are in the crosshairs now. We need to turn fear and outrage into action. 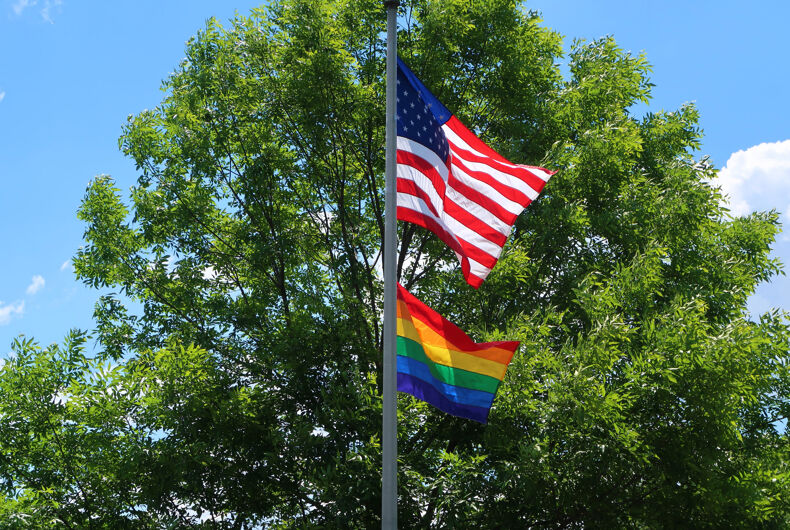 The Supreme Court’s decision holding that there is no fundamental right to abortion will reverberate for generations—not only because of its devastating impact on women and others who can get pregnant, but also because it threatens the many other freedoms that are “part of the same constitutional fabric” as Roe v. Wade.

Freedoms like marriage and family creation for the LGBTQ+ community.

So, what do our families need to know about the impact of Dobbs on our rights to create and protect our families?

No one can predict the future, but the language in Dobbs makes it clear that in the coming months and years we should expect to see attacks on marriage equality. And without the protections of Roe v. Wade,  state lawmakers may try to block access to reproductive medical procedures like in vitro fertilization, a method of family-building that at least 40% of LGBTQ people planning to grow their families expect to use in the years ahead.

Already, several states have introduced bills that define life as beginning at conception, and that—whether intentionally or not—may undermine the legality of reproductive technologies like IVF if they are enacted into law. Some new state laws that ban or restrict abortion include explicit exemptions for the fertility industry. But others do not, and some conservative groups and officials have gone so far as to call for laws that bar the use of assisted reproduction altogether. This is a rapidly changing legal landscape and one that we must monitor closely to ensure that LGBTQ people and others who rely on these vital forms of assisted reproduction to create families are not barred from doing so.

What we can say, confidently, is that our families aren’t “up next.” We are in the crosshairs now. It’s not just Justice Thomas’s invitation to reverse Obergefell or Dobbs’ potential impact on IVF. States like Florida and Alabama are banning even the bare mention of our families in classrooms. Texas is investigating parents who are supporting their transgender children.  Alabama and Arkansas are banning medical care for transgender adolescents. And more than a dozen states have completely banned transgender students from school sports.

What Dobbs made even more painfully clear is what these accelerating attacks have already shown: We are in the midst of a coordinated effort to erase our histories, our experiences, and our very existence. But we will not go back.

No matter what lies ahead, we will fight for your rights at every level of government and on all fronts. But we need you to join us. We need you to tell your story and voice your outrage. We need you to demand action from your elected officials and to vote. We need you to urge your legislators to end the filibuster and pass legislation like the Equality Act and the Women’s Health Protection Act, which will protect our freedoms. And we need you to support organizations like ours, that are poised to fight whatever comes next.

We need you to turn fear and outrage into action.