Is it more difficult to be queer or have a hearing disability?

TinyMart is sharing this content, the original was posted on lgbtqnation.com  Commentary by Melanie Jayne Ashford Sunday, June 26, 2022 So please click here to go there
.

Queer folks with hearing disabilities face a curious mix of discrimination and acceptance. 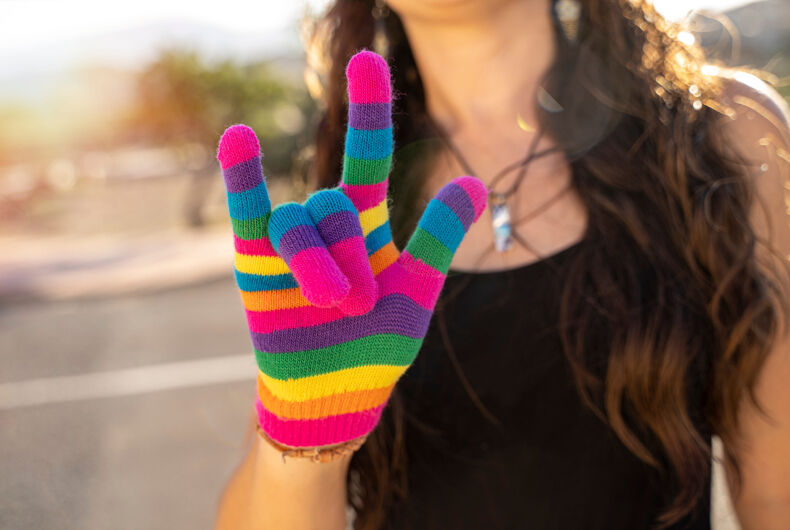 Identifying as LGBTQ is one thing, but what if you also have a disability? People living with disabilities might have an easier time finding acceptance or support in society at large than our amazing rainbow family members. However, people’s perceptions of LGBTQ folks are increasingly warmer.

Mostly, being gay is a lot less acceptable than being disabled. However, there is a massive difference between how I am viewed as a disabled person and how I’m seen as a lesbian.

Related: This dog is the new face of online homophobia

You’d think because people have to adapt to my needs, having a hard-of-hearing woman around would be harder on everyone else than having a lesbian around. Nevertheless, many people handle my deafness better than they take my sexuality. Sexuality is much more extreme, as it changes sex itself, which some people find challenging to accept.

Whereas ableism does exist, it is frowned upon in society, and our cultural norms dictate that we look after people living with disabilities. Most people won’t engage in nor tolerate ableist abuse, and it’s pretty safe for someone with a hearing disability to go out, knowing that they’re unlikely to meet with abuse or hate crimes.

However, disability hate crime is still far too common, affecting around a quarter of disabled people.

From my own experience of living with a disability, many people are considerate and polite, and some are helpful and kind. Some will even outright advocate for me by helping me out or actively shutting others up if they make unkind or ignorant comments. However, a few people persist in their archaic attitudes to disability, and those people tend to either overlook me or mistake me for being stupid. Hearing disabilities don’t affect intelligence, and I get fed up with people assuming I’m unintelligent or brain dead.

Unlike ableism, homophobia is tolerated much more within society, especially in certain areas, demographics, and communities. Some parts of the world remain hideously unsafe for members of the LGBTQ community, and you’d be outnumbered if you tried to claim that homophobia was unacceptable. Technically, homophobia is intolerable in the Western world, at least, and abuse and hate crimes are definitely illegal. The problem is the societal and cultural norms that allow this kind of hatred in the first place.

Nevertheless, LGBTQ rights have come a long way, and contemporary attitudes towards us are improving. The younger generation, the kids in schools today, are pretty ferocious about LGBTQ rights. They’ve grown up with homosexuality and transgender identities and families being accepted and protected by laws and policies. Most kids won’t allow homophobic comments in their social circles, and they’re very protective of anyone coming out, living as LGBTQ, or coming from queer families. This is excellent news that we’re heading in the right direction, and thanks to the younger generation, we might get the same tolerance and protection as the disabled community soon. It’s no longer seen as appropriate or acceptable to make homophobic comments in modern society, and the older generation just finds themselves getting an earful from the younger ones immediately.

Sexuality and disability are similar within sex itself. People desexualize both LGBTQ people and disabled people. From my own experience as both, being a lesbian gets me oversexualized by the wrong people or desexualized in general, whereas wearing hearing aids gets me desexualized at best and looked at as if I’m somehow dirty or disgusting at worst. It puts me at more risk of abuse. Trying to date is hard enough when you’re LGBTQ, but chuck in hearing loss as well, and it can be stressful or even dangerous.

So how do I feel about my dual identities? Being hard-of-hearing is much nicer and safer than being gay, but it still has its downsides.

Someone close to me has more issues with my deafness than my sexuality, I guess because coming out is more common than having a disability. I get much more abuse on the LGBTQ end of things, but it’s usually nothing more than looks or comments.

I don’t think many people would openly abuse me for my hearing, but that’s not to say I’ve never received any abuse. A few people will still make unkind comments about my sexuality, though there’s a definite reduction in that these days. There are certain parts of the world I’d never visit, but it’s not my hearing issues that would stop me.

People look at me differently either way, although my disability is looked on favorably, my sexuality…not so much.