'How could FIFA award it to Qatar?' Germany's Bierhoff expresses World Cup doubts

TinyMart is sharing this content, the original was posted on dw.com by Kalika Mehta, 23.06.2022, So please click here to go there
.

German national team manager Oliver Bierhoff has raised concerns over the awarding of the 2022 World Cup to Qatar given gender inequality in the country. Meanwhile, the German FA has made its own statutes more inclusive. 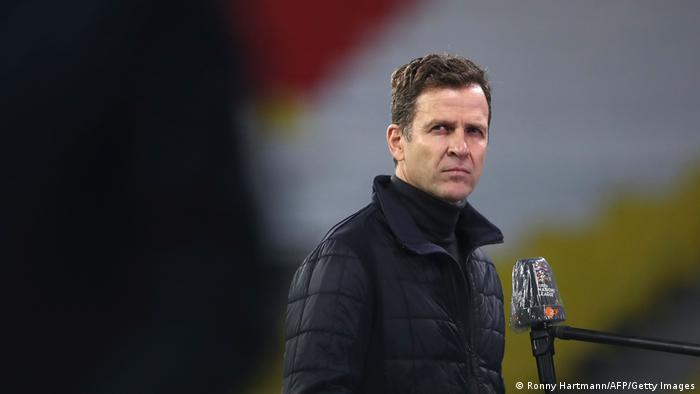 The German national team's general manager Oliver Bierhoff has expressed serious concerns over the awarding of this year's World Cup to Qatar.

Responding to research by German broadcasters RTL and n-tv into the treatment of members of the LGBTQ+ community in the Gulf state, Bierhoff voiced doubts, questioning: "How could FIFA award [the World Cup] to this country?"

Former Germany international Bierhoff, 54, said he had initially felt it was right for competitions such as the World Cup not to be confined to traditional footballing hotbeds such as Europe and South America, but has since re-evaluated his thoughts given the human rights issues in Qatar.

"But the world has changed. The demands, the expectations of the fans, of the people [have changed]. We have to consider that, too."

Bierhoff added that the fact that "issues like stadia or commercial interests took priority" [when awarding the tournament to Qatar] is worthy of criticism, and that "not enough attention was paid to aspects like human rights or other social issues."

'Existential fear of punishment and death'

Bierhoff's doubts were aired in a documentary broadcast on Thursday in Germany entitled "Red Cards not Rainbows: Homosexuals in Qatar," in which one homosexual interviewee speaks of living in constant dread.

"We live in existential fear of punishment and death," they said. "We learned as children that being gay is an aberration, that it's not natural."

Questions over human rights abuses have been consistently raised since the awarding of FIFA's flagship tournament to the tiny, oil-rich emirate in 2010. At Germany's most recent game, a Nations League match against Italy last week, fans unveiled a banner urging a boycott of the World Cup.

Concerns have ranged from working conditions on World Cup related construction sites, to fatalities among migrant workers brought in to build stadia and infrastructure for the tournament, to the safety of LGBTQ+ fans hoping to attend the World Cup.

In May, the Emir of Qatarm Sheikh Tamim bin Hamad al-Thani, told a news conference in Berlin that homosexual supporters would be welcome but added the country's culture needed to be "respected".

"We will not stop anybody from coming and enjoying the football," he said. "But I also want everybody to come and understand and enjoy our culture. We welcome everybody, but also we expect and we want people to respect our culture."

Bierhoff would not recommend Qatar to LGBTQ+ friends

Bierhoff, who came on board at the German Football Association (DFB) with former head coach Joachim Löw in 2004 and this year took on the position of CEO of National Teams and Academy, admitted he was unsure on whether he would recommend personal friends of his from the LGBTQ+ community to travel to Qatar.

Whilst the former Euro '96 winning forward believes assessing the risk of attending the tournament is a personal decision he also expressed hope that there will a "degree of leniency" during the World Cup that could offer some security – as was the case in Russian host cities during the 2018 tournament.

However, in relation to a friend "from the Arab world" who lives "in constant fear of being outed," he added: "The social ostracization which one hears about [in Qatar] is one thing, but it's another thing to live in fear, and to be pressurized by state institutions. That's dramatic."

Looking forward, Bierhoff believes the DFB should be at the forefront of ensuring future hosting criteria are changed so "future tournaments are only awarded to countries in which such things don't happen."

The DFB itself on Thursday announced a change to its own statutes to enable players to officially register their gender as non-binary, or to not state a gender at all, rather than being restricted to simply male or female, as was previously the case. The changes also take transgender players into account.

"Everyone should be able to take part in football," read a statement. "The transmission through football of values such as diversity and the battle against discrimination, including gender discrimination, is specifically anchored in the DFB's constitution."

Thomas Hitzlsperger, former VfB Stuttgart, Aston Villa and Germany midfielder and current DFB diversity ambassador, is quoted as saying: "Football stands for diversity and so does the DFB. With the clarification of our statutes, we're further ensuring that players of all gender identities have access to the game."