TinyMart is sharing this content, the original was posted on lgbtqnation.com by ﻿ Daniel Villarreal, Thursday, November 17, 2022, So please click here to go there
.

"No child should be subjected to these types of businesses," he said about his bill that would require anti-trans job discrimination. 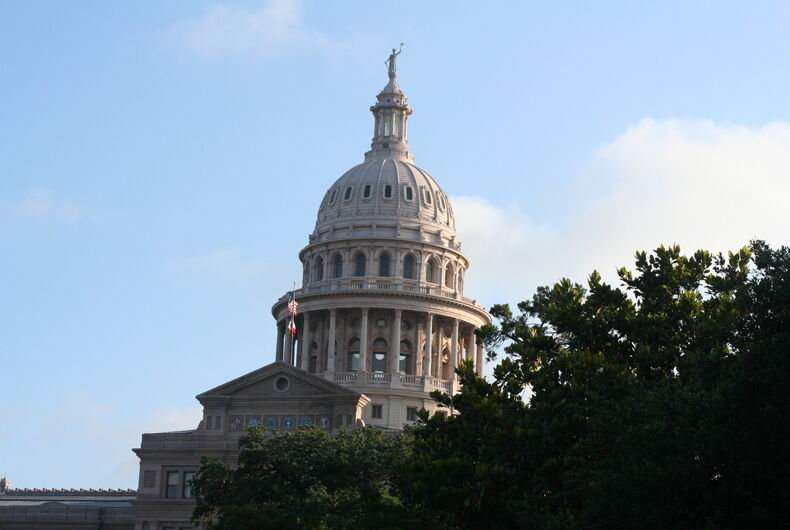 A newly introduced Texas bill, H.B. 643, would redefine any alcohol-serving venue that hosts drag or transgender performers as a “sexually oriented business.”

The bill — one of 17 anti-LGBTQ bills recently introduced by Republican state legislators — would allow the venues to face criminal penalties and possibly be shut down if they allow children to view any “performance in which a performer exhibits a gender identity that is different than the performer’s gender assigned at birth,” the bill states.

The broadly written bill would potentially punish any theater, sports venue, or restaurant that features a trans performer or displays any film or photo of a person wearing clothes not associated with their sex assigned at birth, effectively outlawing many Shakespearean plays and comedies like Mrs. Doubtfire. The law requires – not just allows – anti-LGBTQ job discrimination in the performing arts.

Venue owners who allow minors to view such performances would be charged with a Class A misdemeanor and receive a fine of up to $4,000 and a jail sentence of up to one year.

The bill was introduced by state Rep. Jared Patterson (R).

“We aren’t saying you can’t have drag shows,” Patterson said, according to the Houston Chronicle. “We are saying that if you do, you should be treated as a sexually oriented business. No child should be subjected to these types of businesses.”

In a recent tweet, state Rep. Rafael Anchía (D) noted that Patterson’s bill is one of 17 bills newly introduced Republican bills in the state that target LGBTQ Texans. The other bills include bans on gender-affirming care, trans college sports participation, and LGBTQ-inclusive education, Anchía wrote.

Three of the bills would designate gender-affirming care for minors as “child abuse” under state law. Another one of the bills would “revoke liability insurance for medical providers who prescribe medications used to treat gender dysphoria in minors,” The Hill noted.