TinyMart is sharing this content, the original was posted on lgbtqnation.com by  John Russell Thursday, July 14, 2022, So please click here to go there
.

Rep. Ken Calvert - who has voted against LGBTQ rights for decades and outed one of his opponents - is now running against a gay man in one of the gayest cities in America. 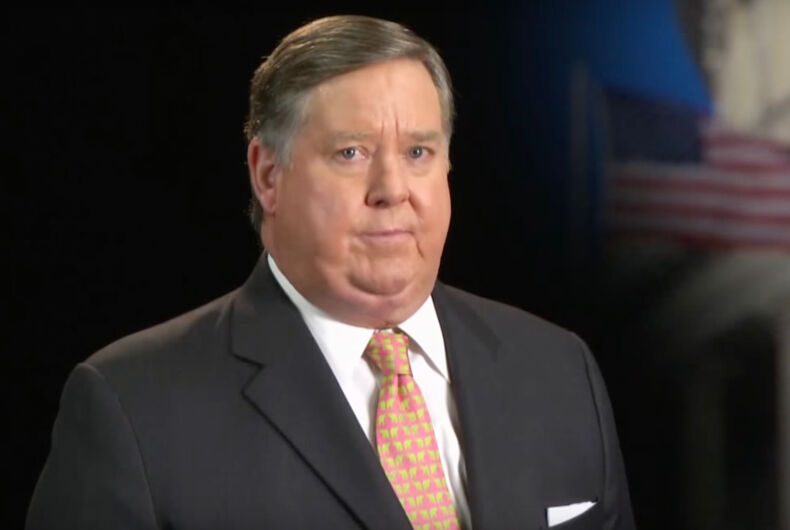 The Republican congressman representing California’s 42nd district, says his views on LGBTQ issues have changed, and his very recent change in views comes just as his district was redrawn to include the very LGBTQ city of Palm Sprints.

The Los Angeles Times reports that Calvert, who is facing an out gay challenger in Democrat Will Rollins, now believes that the Supreme Court’s 2015 decision in Obergefell v. Hodges should not be overturned.

“It wasn’t always my position,” Calvert told the paper. “It’s a different country than it was 30 years ago.”

Calvert is running against Rollins in the newly created Riverside County district which includes Palm Springs, one of the largest concentrations of LGBTQ voters in America. The district Calvert currently represents is solidly Republican.

Calvert’s anti-LGBTQ history goes all the way back to 1994 when his allies outed then-rival Rep. Mark Takano (D-CA) and the congressman used Takano’s sexuality as a campaign issue.

“I don’t bear this burning grudge about what happened in 1994, but what I do think is it will be an irony, a real twist, if an LGBT former prosecutor defeats congressman Calvert this November,” said Takano, who was elected to Congress in 2012 and now represents California’s 41st district. Takano is now running for a seat in the state’s 39th following re-districting following redistricting.

Calvert, who has been endorsed by former president Donald Trump, also voted for the Defense of Marriage Act – which banned the federal government from recognizing marriage equality – and against the repeal of “Don’t Ask, Don’t Tell,” which didn’t allow gay and bisexual people to serve openly in the military.

The Human Rights Campaign gave him a 0 on its Congressional Scorecard in the recent the 2019/2020 session, and in 2021, Calvert voted against the Equality Act, which would have amended federal civil rights legislation to prohibit discrimination on the basis of sexual orientation and gender identity.

So while he claims his conversion to supporting LGBTQ rights is sincere, it appears to have happened within the last 12 months.

“I’ve never had any animosity to the gay community,” Calvert says now. “I come out of the restaurant business, for goodness’ sake. A lot of people who worked with me were gay.”

For what it’s worth, John Falcone of the Log Cabin Republicans of Coachella Valley, is convinced.

“We talked about gay issues and his past record, and he was very, very open and very accepting,” he says of a recent meeting with Calvert. “I give him credit for reaching out and I found him authentic. Going in, I was skeptical, but coming out, I thought, OK, he’ll be fine.”

Rollins, who won the Democratic primary on June 7, reportedly stands a good chance in the November race. He served as an Assistant U.S. Attorney for the past five year, and recently he helped prosecute some of the insurrectionists who attacked the U.S. Capitol on January 6th.