“Goodbye Friends, I Am Going To Sleep Now”: Remembering The Life Of George Montague, ‘The Oldest Gay In The Village,’ Who Passed At 98

TinyMart is sharing this content, the original was posted on boredpanda.com by  Eglė Radžiūtė, March 25, 2022, So please click here to go there
.

Most of us question the purpose of life or what is our life’s purpose. If you’re anything like me, these thoughts will be entering your mind at the most inappropriate times. What am I doing philosophizing about life when I’m just waiting for the line at the self-checkout to move? But regardless of the timing, our purpose here can be summed up in one word—legacy.

What are we leaving behind for people to remember us by? How have we contributed to the betterment of society? Are my good deeds going to be remembered? I didn’t let that old lady cut in line for no reason, right? But there are those who make such a grand impact on the lives of others that we can’t help but celebrate them.

One of those people is George Montague and his positive impact on the LGBTQ+ community, fighting for their rights until the very last day when he passed away. This is a tribute to his life and the joy he’d brought to the world. 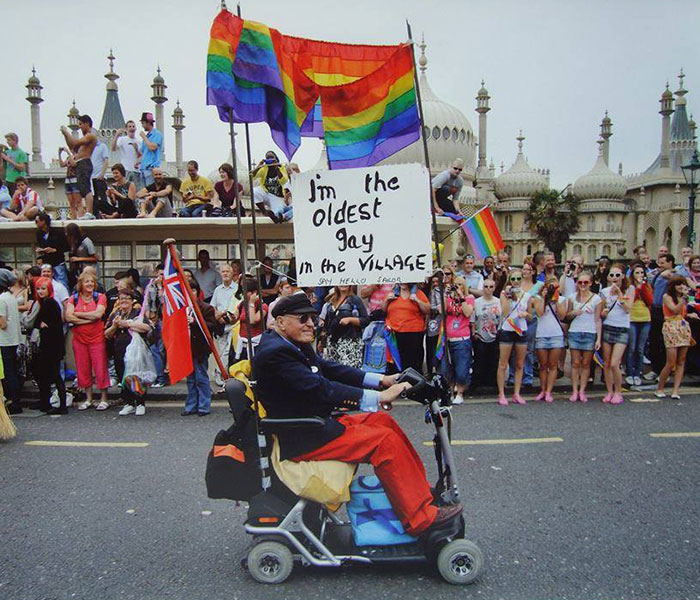 George Montague had a life as colorful as the rainbow, full of ups and downs. But he managed to bring light to difficult topics and joy to all those who were lucky enough to see him strolling on his rainbow mobility scooter during Brighton, England’s Pride Parade.

To some, age becomes more of a chore than an asset, but George waved it proudly, a banner stating “I’m the oldest gay in the village.” He’d become a yearly staple and a festive presence, celebrating pride among hundreds of others, but that is just the tip of the iceberg. 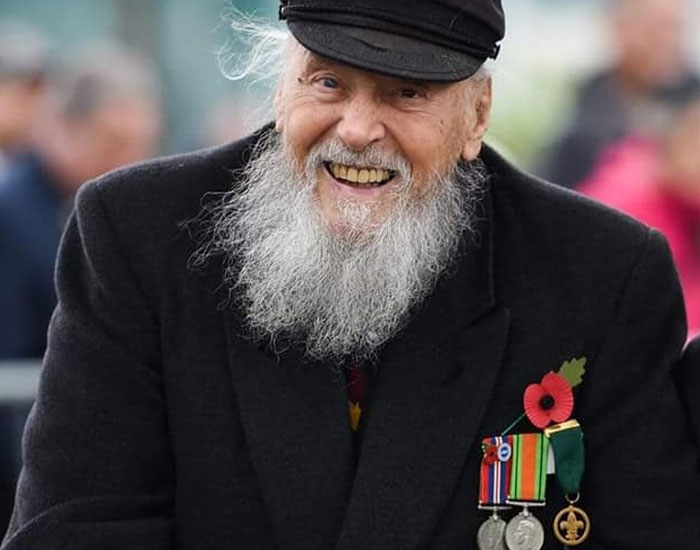 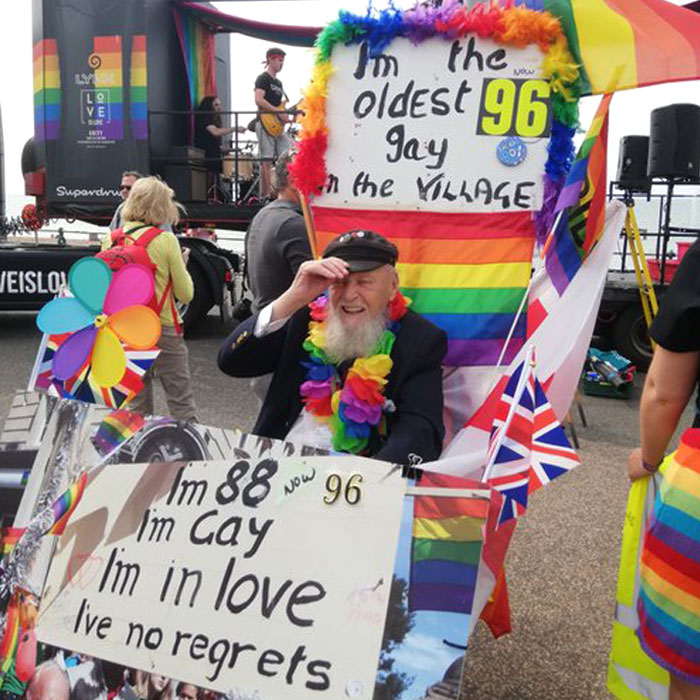 But his life was not always as joyous as it was in his last years. In 1974 he was convicted for ‘gross indecency with a man,’ losing everything he’d worked for in the process 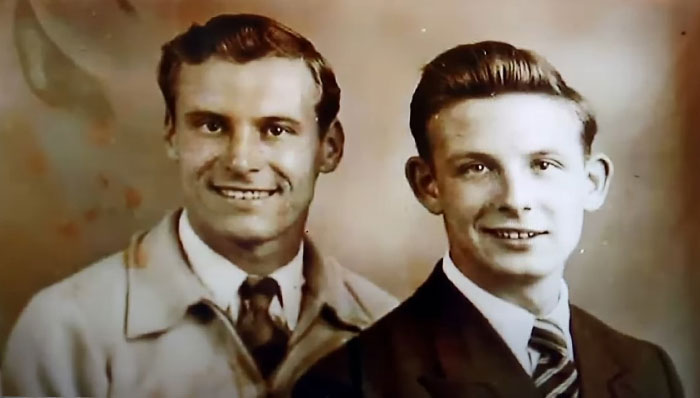 George was also a tireless campaigner for LGBTQ+ rights. Ever since his conviction for “gross indecency with a man” in 1974, he’d been fighting for the equality of opportunity to love who you choose without stigma, without punishment, without limitations.

Following his conviction in Slough, Berkshire, George was fined $180 (over $1000 today) and was forced to resign as senior county commissioner of the Boy Scouts, where he worked tirelessly with disabled children. 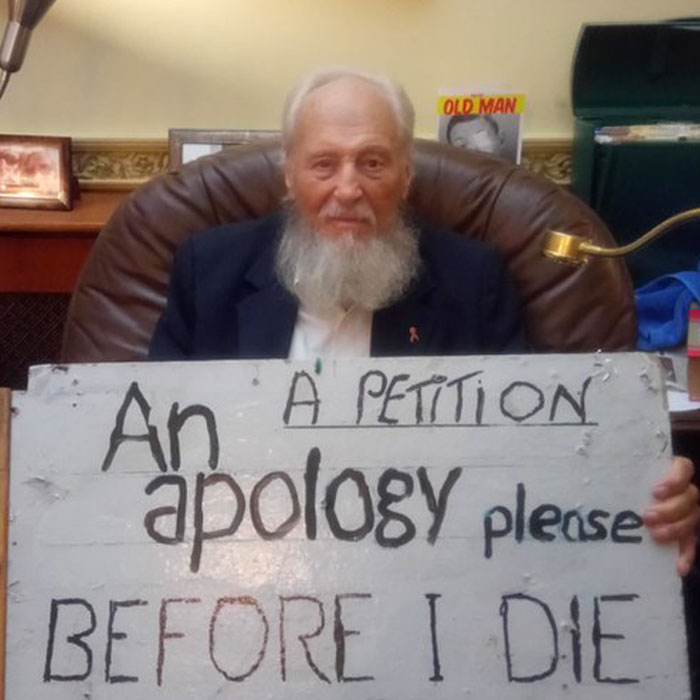 When the UK government issued the Alan Turing Law, which pardoned any gay or bisexual man previously convicted under outdated antigay laws, George challenged it, asking for a full apology; an apology for the tens of thousands of men prosecuted under discriminatory laws. Men who’d lost everything they worked for and their standing in the community as a whole.

Petitions signed by thousands and 43 years later, in April of 2017, he received a written apology from the Home Office. 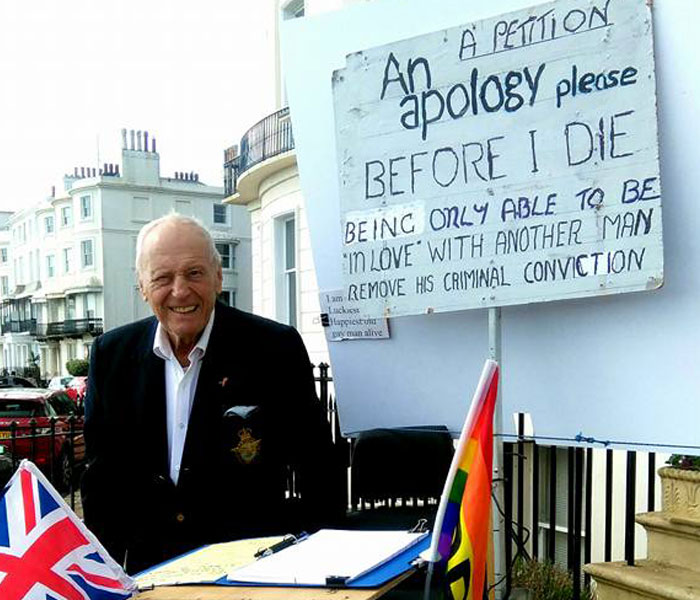 43 years after the conviction, he received an apology from Britain’s Home Office; a huge win for both George and the community 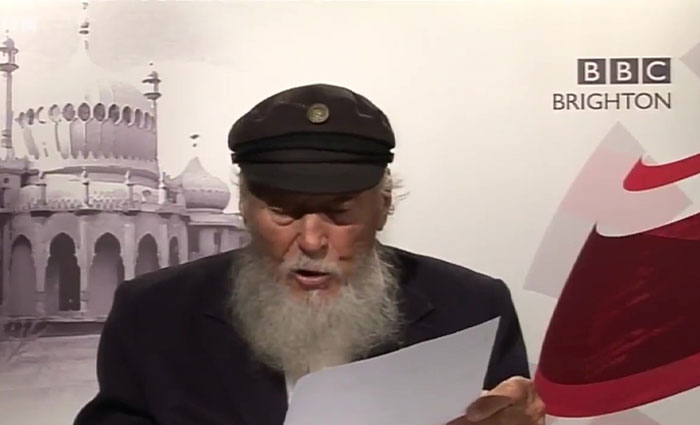 Mr. Montague told the Press Association: “We arrived home, I opened my mail and I found that letter. That was the most wonderful thing that’s ever happened to me in my life. I still can’t believe it.” He remembered the hurt he felt, the loss, and to hold the letter in his hands meant the world.

The formal letter that Montague read aloud for BBC News, stated: “Understand that we offer this full apology. Their treatment was entirely unfair. What happened to these men is a matter of the greatest regret and it should be so to all of us.”

George, before coming out as gay, had a family of his own and brought up three beautiful children with his then-wife 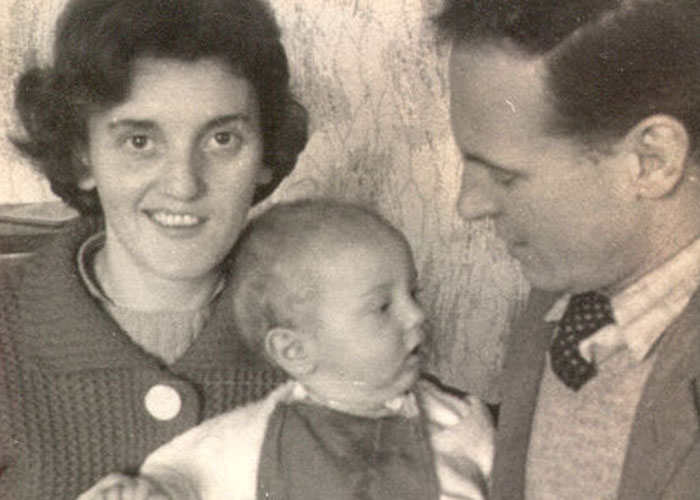 George was, as many were, subjected to hiding his orientation, essentially having to lead a second life. But there were joys that came from it. He had three children with his wife of 22 years, who he said “always knew” he was gay.

The relationship seems strong between George and his children to this day, with multiple pictures shared on his Facebook account, expressing the pride and joy his children have brought him. 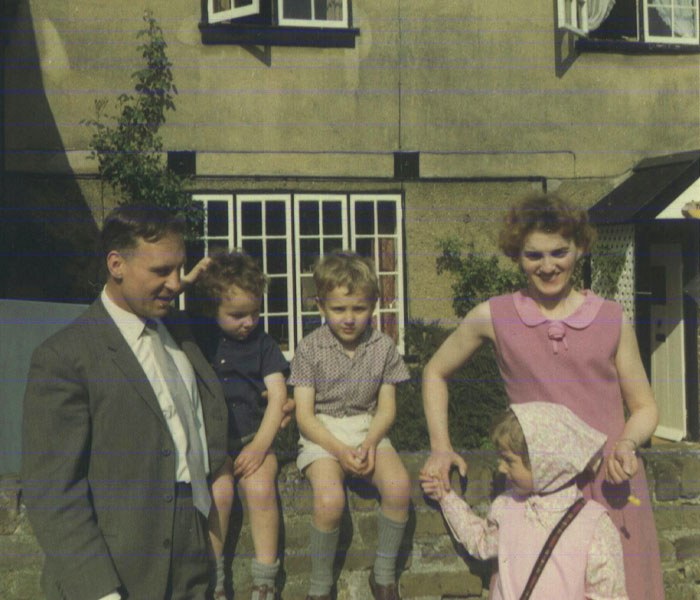 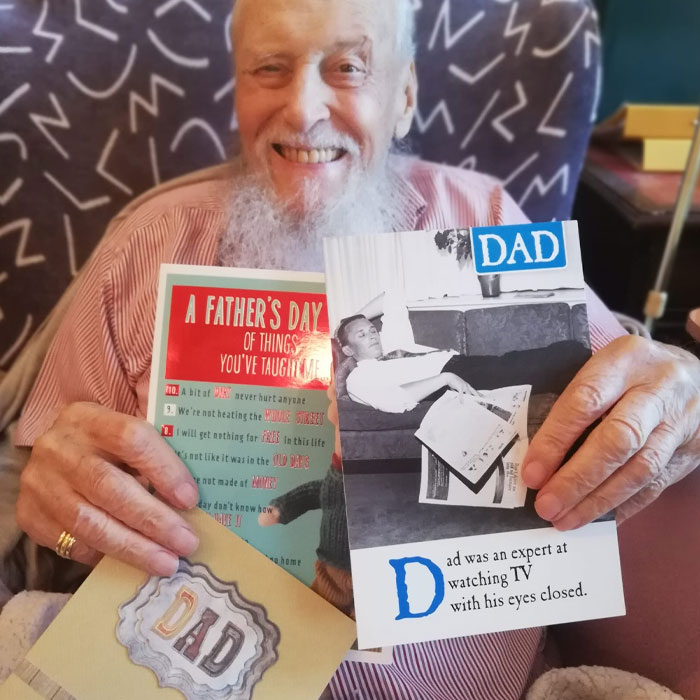 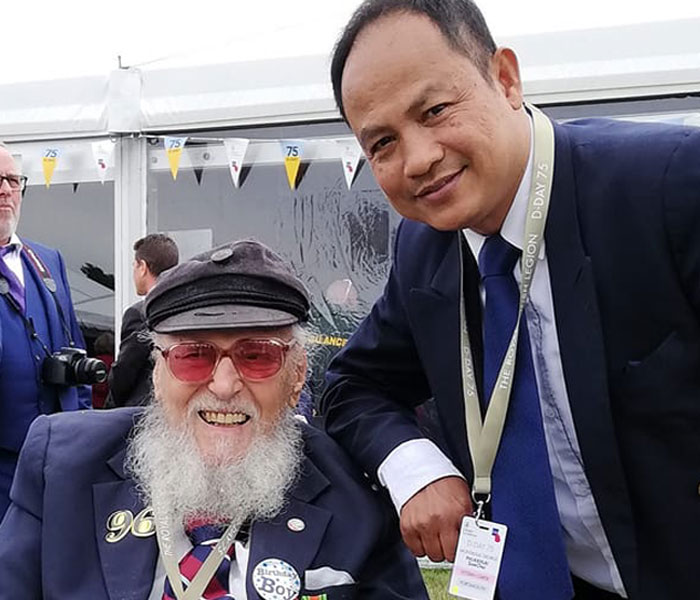 George then lived with his partner and husband Somchai Phukkhlai right until his passing.

“I lived a lie for about 30, 40 years of my life,” George said, but “now, there ain’t a gay guy in the world that is out as much as I am.” Montague passed away peacefully in his sleep on March 18, with his beloved husband Somchai by his side. 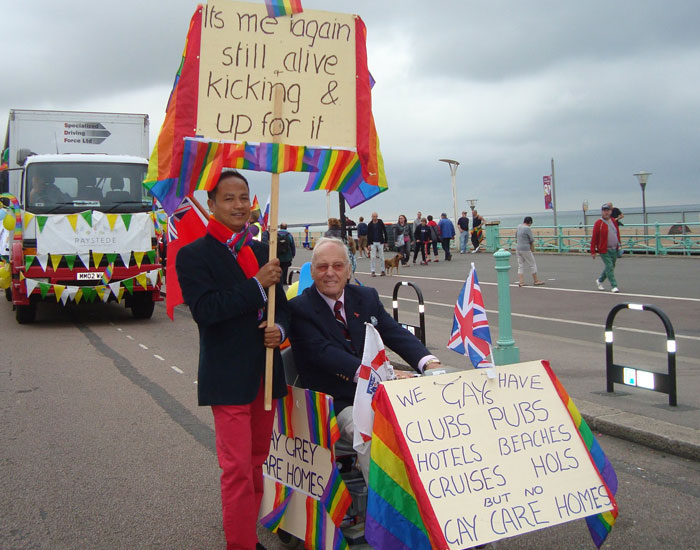 On March 18th, Somchai shared this image and a goodbye message from George: “I am going to sleep now” 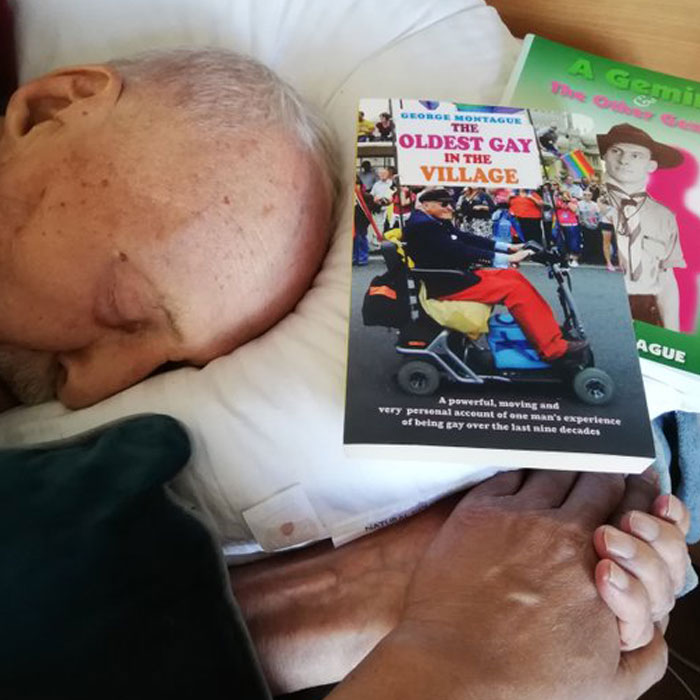 Shortly before he died, a sweet statement on Montague’s Facebook page read: “Dear friends and supporters, George is wishing to say goodbye, his last message to everyone. He is not very well, no longer able to fight with his advanced dementia.”

“He thanks everyone who has been supporting his campaigns and [he hopes he] might have helped a little for us to live in a better world. Everyone please continue your good works for good causes. Remember this ‘If you can not do anything good, don’t do any bad’. Goodbye friends I am going to sleep now ❤️ remember this ‘I am the Luckiest Happiest Old Gay man in the world’, George 98.”

Tributes have been paid, many expressing their love and how much he’ll be missed. We thankfully have some pictures to act as a time machine through George’s life 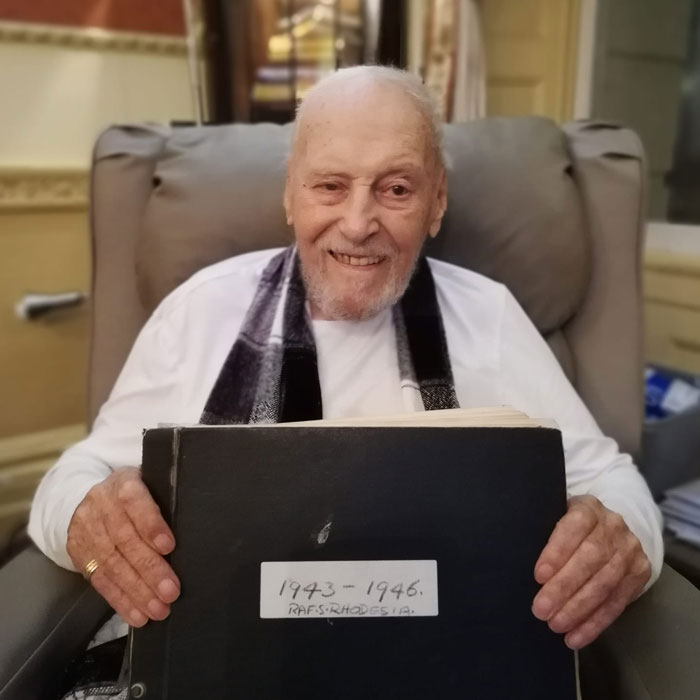 Tributes have been paid to the tireless and inspirational man. Brighton Pride’s Managing Director Paul Kemp told BBC Radio Sussex: “He found himself in his later years and was very happily married. He just loved the community he had become part of. He died a happy man and we can all celebrate that. Certainly at Pride this year, we will be remembering him.”

Brighton’s pride parade might be a little less colorful without George’s decked-out scooter, but the impact he’d made on the community is eternal. LGBTQ+ charity MindOut said that Mr. Montague’s brightly colored scooter was “an inspiration to us all to be out and proud,” and described him as a “great role model for us across all ages.” 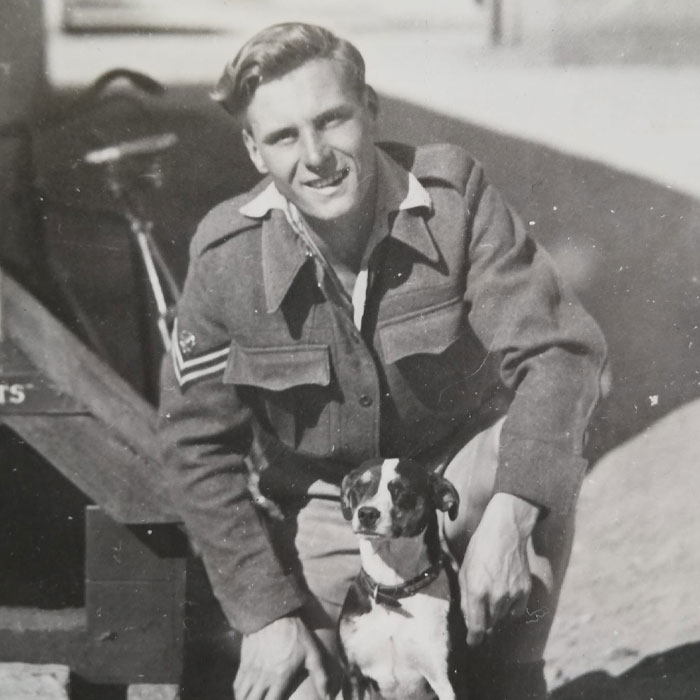 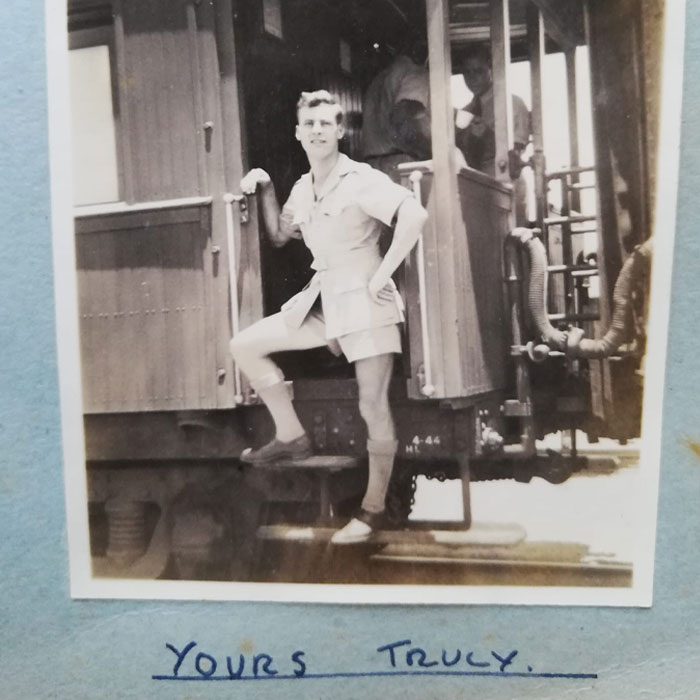 George believed things were getting better for the LGBTQ+ community, but there was still a long way to go 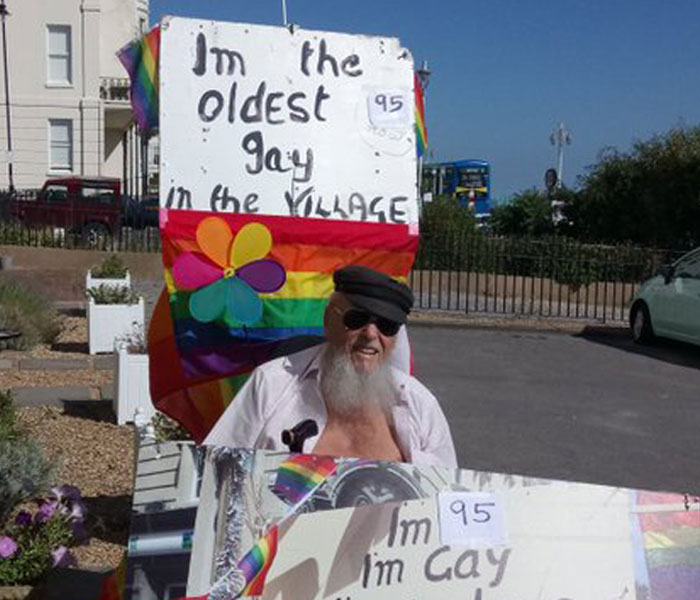 Mr. Montague believed that there was still a long way to go for the acceptance of LGBTQ+ people, “that homosexuality is not the way you decide to be. It is just the way you are born.” But things are getting better. George was proud to say that he’d “helped a little. In all these countries, I’ve helped, haven’t I, a little.” You did George, you did well. 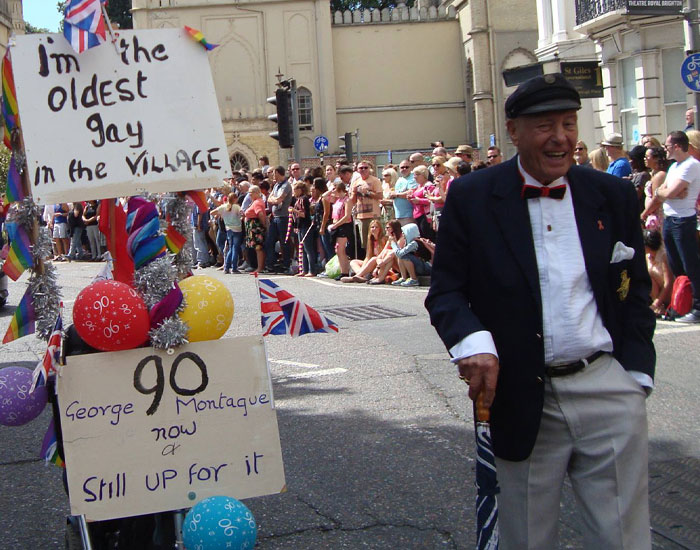 According to The American Psychological Association (APA), social movements, organizing around the acceptance and rights of persons who identify as LGBTQ+, began as responses to centuries of persecution by church, state and medical authorities.

It would not be until 1973 that the APA removed homosexuality as an “illness” classification in its diagnostic manual (DSM). Sick, criminal or immoral were a few of the terms used to define people belonging to this group, and it continues to this day that people are looked down upon both socially and economically based on their orientation.

Proud and seen, we shall, hopefully, one day walk into a world where acceptance and love are at the forefront 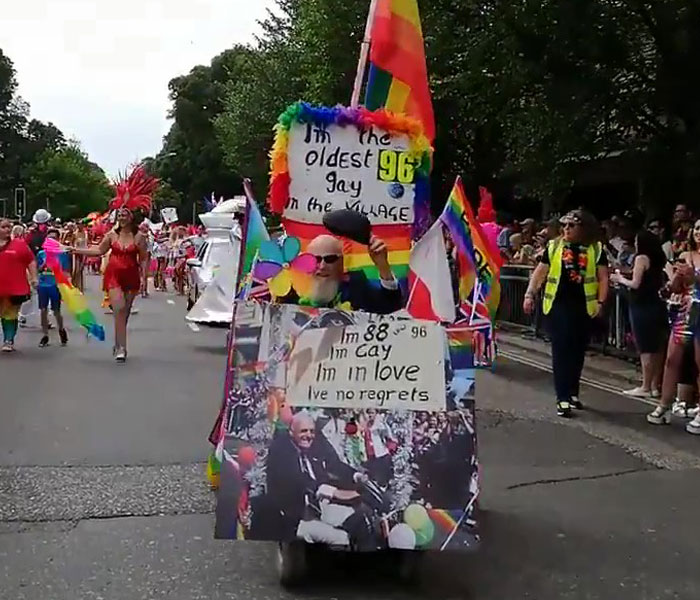 Human Rights Watch states that “sexual orientation and gender identity are integral aspects of our selves and should never lead to discrimination or abuse,” and yet they do.

As George said, there’s still a mountain to climb but there are victories worth celebrating, and with each victory we hope to build a world that is accepting and non-criminalizing love and identity.

Rest well, George, and thank you for your smiles and the happy spirit you brought to the world 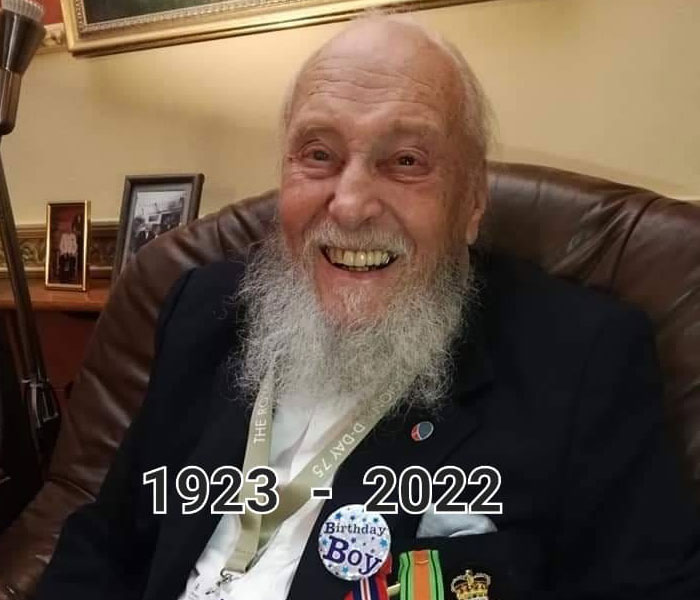 Mr. Montague’s funeral will take place at The Downs Crematorium on Bear Road, Brighton on April 11.

May we all be able to live a life as full of love and courage as George Montague.

Let me know what you thought of this story. We wish lots of love and strength to George’s family during this difficult time and find solace in his legacy.