TinyMart is sharing this content, the original was posted on dw.com by Richard Connor, 05.07.2022, So please click here to go there
.

Since the introduction of "marriage for all" in Germany, some 65,000 marriages have taken place between people of the same sex. The figures showed a rush to tie the knot once it became possible late in 2017. 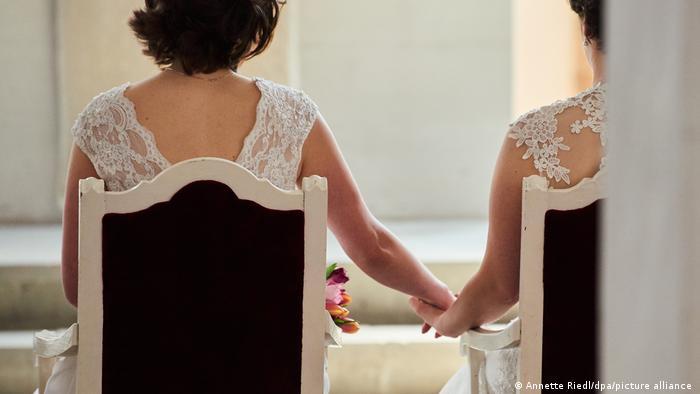 Figures released by the German national statistics office Destatis on Tuesday showed that Germany saw its highest number of same-sex marriages in 2018, as couples rushed to marry in the first full year where it was possible in the country.

The data also shows that, since Germany's first same-sex marriages took place in October 2017, the proportion of women marrying women has increased.

Germany saw its highest number of same-sex marriages in 2018, with 21,757 marrying in the year after "marriage for all" was introduced.

There was an even higher rate of gay and lesbian couples marrying in the last three months of 2017 — with some 11,147 ceremonies taking place over that period.

The figures reveal that the proportion of same-sex marriages between women has risen since then.

Germany came to marriage equality later than most other Western European countries, largely due to reticence on the part of Angela Merkel's conservative CDU-CSU bloc that dominated previous coalition governments.

France and the UK both paved the way for same-sex marriage in 2013, with 2014 implementation in the UK, while the Netherlands was the first country ever to legislate for marriage equality, in 2001.

Greater fall than for men and women

Data shows the number of same-sex weddings fell by 12.4% in 2021 compared with the previous year, with 8,710 marriages taking place.

The higher demand for same-sex marriages in the years directly after they were introduced could be partly explained by the fact that they were unavailable before. Since 2001, couples had the option to enter a registered civil partnership, some of which were since converted into marriages.

Excluding such registered civil partnerships, there were a total of 36,800 same-sex marriages between 2017 and the end of 2021.

The impact of the coronavirus is also likely to have significantly affected statistics for both 2020 and 2021.