Gay Republicans supported anti-LGBTQ legislation. Now they’re surprised some of it is bad.

TinyMart is sharing this content, the original was posted on lgbtqnation.com by  Daniel Villarreal Monday, April 25, 2022 So please click here to go there
.

The gay conservatives called Chasten Buttigieg a "groomer" for opposing Florida's Don't Say Gay law just a few months ago. Now they're finding out that anti-LGBTQ legislation is "truly dangerous." 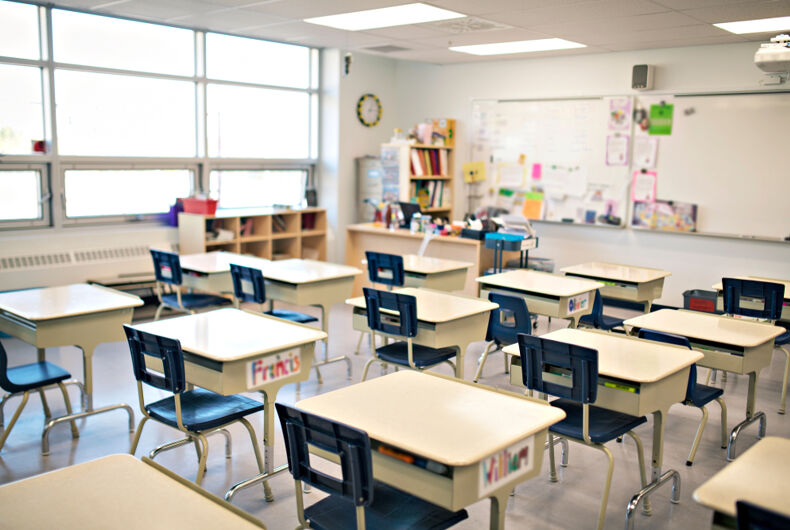 The Log Cabin Republicans (LCR), the  LGBTQ conservative organization that has defended Florida’s “Don’t Say Gay” bill by comparing its opponents to pedophiles, has said that it will oppose some of the numerous bills targeting LGBTQ students around the country, but it’s unclear which bills it’ll actually oppose.

“Every one of these bills are different in each state, and some of them are truly dangerous,” LCR President Charles Moran told The Washington Post. “Some of them are actually bad. Some of them we are going to come out and oppose.”

“I was not prepared to do this this year,” Moran said. “I’m having to rapidly build a legislative analysis team to really go through and identify the states that have these bills.” His claim is curious considering that Republicans have spent the last two years discussing their aims to ban LGBTQ content and transgender athletes from public schools.

Moran said his team will help develop a state legislative strategy to oppose some of the bills, but it’s unclear which laws the group might oppose. Majorities of Republican legislators have openly supported bans on trans athletes gender-affirming care for trans youth. Similarly, the LCR has recently stated its opposition to “the radical gender ideology” of trans visibility and trans-affirming policies in schools.

Moran told the publication that he helped kill an amendment to Florida’s law that would’ve required teachers to out any student who questioned their own gender identity or sexual orientation to their parents. But apart from that, he supports laws similar to Florida, stating, “This is not a gay rights thing. This is a parental rights thing.”

However, if Moran’s past statements are any indication, the group will continue to tow the Republican party line, painting opponents of these bills as child molesters.

When gay Transportation Secretary Pete Buttigieg and his husband Chasten Buttigieg said that Florida’s law will push students back into the closet by making it illegal for them to discuss their same-sex parents with teachers, the LCR wrote on its blog, “With a projected Democrat slaughter ahead in the 2022 midterm elections – and hardcore progressives seeing their wet dreams of gender fluid, indoctrinated, and groomed children slipping from their grasp – activists are fighting back against parental rights bills by using outrageous scare tactics and other propaganda. Chasten is no exception.”

The group then used the ages-old comparison of LGBTQ advocates to child sexual predators. “There is no conceivable reason that progressives should want elementary school children to know about sex, sexuality, and radical gender ideology beyond the truly disturbing and amoral.”

Thankfully, the LCR isn’t the only Republican group keeping track of anti-LGBTQ legislation. Conservatives Against Discrimination have been focusing on public education initiatives around transgender people and how anti-LGBTQ laws affect the community at large.