TinyMart is sharing this content, the original was posted on lgbtqnation.com by  Bil Browning Monday, June 20, 2022, So please click here to go there
.

After years spent telling Republicans that LGBTQ rights aren't important and mocking the community, the group was surprised to find out that the Party listened to them. 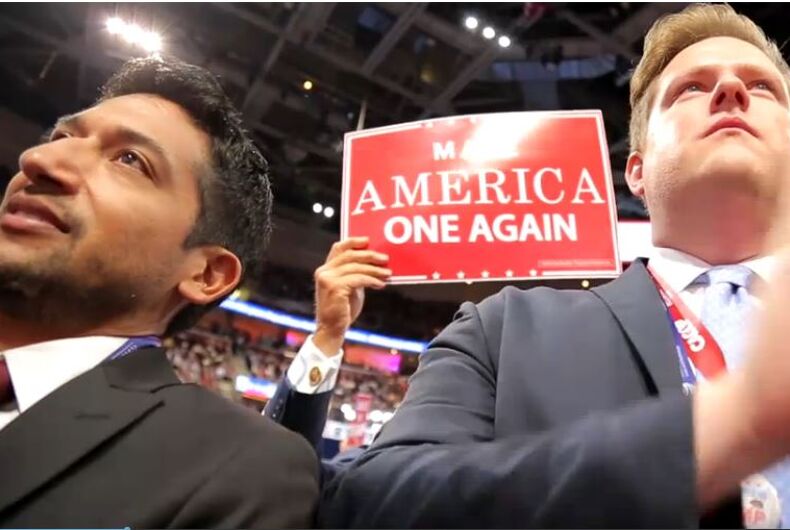 After spending the past few years decrying LGBTQ equality and denigrating the “leftist” community in general and transgender people in particular, the Log Cabin Republicans found out that people were finally listening to them.

Unfortunately for them, it was their own Party. The group was denied even a minimal gesture of inclusion – a booth at the Texas GOP convention.

The group has frequently targeted Chasten Buttigieg, Transportation Secretary Pete Buttigieg’s husband, in an effort to portray him as an effete gadfly. Chasten Buttigieg is a former elementary school teacher and he was an outspoken critic of the Florida law. The radicalized organization has also frequently compared LGBTQ people to child molesters, saying queer teachers are trying to “groom” and “indoctrinate” young kids.

“Contrary to Chasten Buttigieg’s LGBT fear-mongering and attempt for attention on CNN, Florida’s ‘Parental Rights in Education’ bill will not silence gay people. It certainly will not kill them,” Moran said after Buttigieg condemned the GOP’s attack on LGBTQ children. “All it does is reinforce the commonsense belief that teacher-led classroom discussions around sexual and gender identity do not belong in primary schools.”

“With a projected Democrat slaughter ahead in the 2022 midterm elections–and hardcore progressives seeing their wet dreams of gender fluid, indoctrinated, and groomed children slipping from their grasp–activists are fighting back against parental rights bills by using outrageous scare tactics and other propaganda,” the group wrote on their blog. “Chasten is no exception.”

“There is no conceivable reason that progressives should want elementary school children to know about sex, sexuality, and radical gender ideology beyond the truly disturbing and amoral.”

But when the group had to face the consequences of their own rhetoric, they suddenly became the champion of inclusion and diversity.

“It’s clear that inclusion wins, which makes the Texas Republican Party leadership decision to exclude the Texas Log Cabin Republicans from their convention not just narrow-minded, but politically short-sighted,” Moran said in a statement issued after the group was denied even the ability to have a booth at the event.

“Losers don’t get to change the course of our nation – only winners. And inclusion wins.”

In another sign that the group has been accidentally successful in their nonstop attacks on the LGBTQ community, the Texas state party platform declares that “homosexuality is an abnormal lifestyle choice.”

For 20 years, the group has petitioned to have a booth at the biannual convention. They have been denied every single time.