TinyMart is sharing this content, the original was posted on IndieWire by Samantha Bergeson, 17 March, 2022, So please click here to go there
.

The "Cheaper by the Dozen" star is stepmother to Dwayne Wade's trans daughter Zaya Wade. 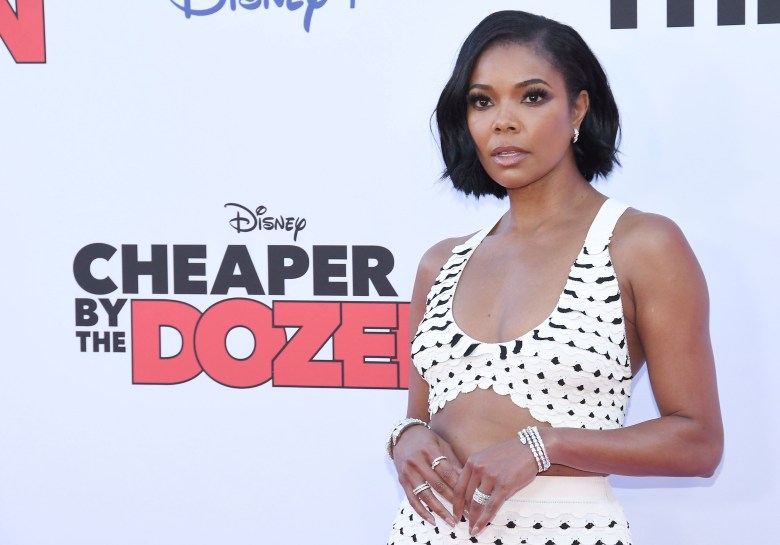 Disney should have been “Cheaper” when it came to funding “hate,” according to Gabrielle Union.

The “Cheaper by the Dozen” Disney+ star slammed the Walt Disney Co. and CEO Bob Chapek for the corporation’s political donations in Florida, which in part funded the homophobic and transphobic “Don’t Say Gay” bill.

“Somebody asked me, ‘Are you disappointed?’ I’m disappointed when my order isn’t right at In-N-Out. I don’t even think that’s a word that you could use for something like this, where children’s lives are literally hanging in the balance,” Union told Variety at the show’s premiere. “We need to own that if you truly are taking stands against hate and oppression, you should not fund hate and oppression. Period. The damage is done.”

Union, whose husband Dwayne Wade played for the Miami Heat, is stepmother to Wade’s trans daughter, Zaya Wade. Union called out Florida’s passing of the bill, which prohibits “classroom discussion about sexual orientation or gender identity” in Florida primary schools.

“There are so many states that are following suit [with Florida’s legislation], because there is no pushback, because no one in positions of power [or] corporations are taking a hard stance,” Union continued. “Let’s look who’s donating to what and let’s call people out… I think a lot of people like to confuse accountability and consequences for cancel culture. And as long as you have a microphone and a stage, that’s not cancel culture, honey… We have to campaign and fund for those people who stand for all of us.”

Union added that she thinks “a lot of people reached out” to CEO Chapek amid the backlash.

“And if you have to see my child for that to be the difference-maker, that’s not enough. There’s a lot of kids out there, not just famous ones,” Union said. “There are bad people controlling your fate, but we are working our asses off to make sure that not only do you survive but that you thrive. There are so many more people that are working actively so that you have peace and that you can exist in the same way as everyone else has the ability to exist. We are fighting and we will never stop fighting. As long as I have air in my lungs we will not stop fighting for you and I’m not alone in that.”

Union additionally told The Hollywood Reporter that she is “incredibly proud” of the “Cheaper by the Dozen” series, also starring Zach Braff, because “we actually say gay.”

Union continued, “I don’t want to say shock because hatred doesn’t shock me at this point. I’ve been a Black woman in America since ’72. Nothing shocks me, but the fear that gripped me because I know what this leads to. Every moment in history, there has been this moment. We know how this ends. We know where hate and oppression lead. And it can start now with the LGBTQIA community, but if you think that it’s just a ‘them’ problem, oh baby, you’re next.”

As for Disney, Union concluded, “If you’re going to take a stand and be all about diversity and inclusion — and it’s not just about black boxes after George Floyd died — you need to actually put your money where your mouth is. You can’t stand against hate and oppression and fund hate and oppression. That doesn’t work.”

The Animation Guild and Pixar staff have called out Chapek’s numerous apologies for financing what President Biden called a “hateful” bill. Select Disney employees have also shared on social media that they are “devastated” over how Disney has handled the Florida bill. Walkout protests are planned to continue through March 22.