TinyMart is sharing this content, the original was posted on lgbtqnation.com by  Molly Sprayregen Tuesday, March 8, 2022 So please click here to go there
.

"If promoting diversity is the hill I'm going to die on, I will sleep well tonight," the former chief says. 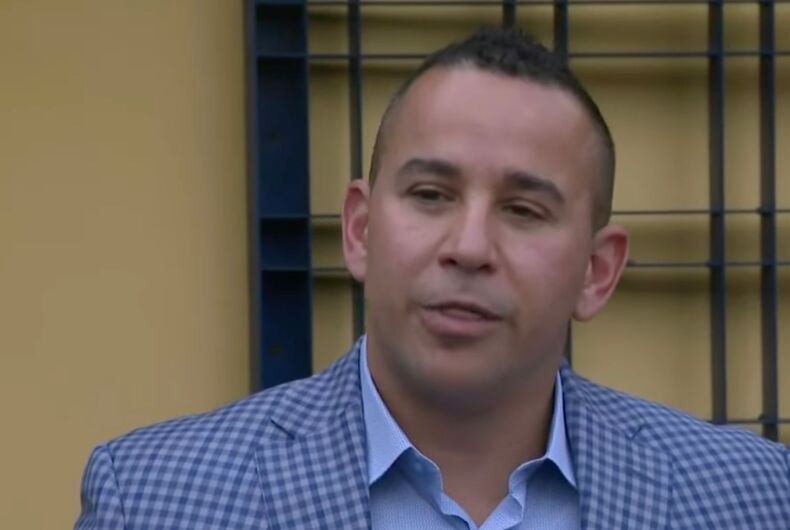 The first gay police chief of Ft. Lauderdale has been fired after only six months. City Manager Chris Lagerbloom terminated Chief Larry Scirotto after multiple employees complained that he was prioritizing minority employees for promotions.

Lagerbloom said the city supports “a very diverse organization” but that “there are just certain ways that you can do that and do it legally, and other ways that meet that muster.” There is no evidence that Scirotto did anything remotely illegal.

Related: Idaho bill would make it a felony to give minors transition-related care

After Scirotto promoted a group of minority officers, one Hispanic and three white officers filed complaints with the Equal Employment Opportunity Commission (EEOC), according to NBC-affiliate WTVJ.

The investigation report mentioned Scirotto calling a wall of photos of department leaders “too white” and saying he wanted to “change that.”

Another incident in the report alleges that he asked, “which one is blacker” when deciding between two men of color for a promotion, a comment he has denied making – though he did admit to saying the wall of photos was too white.

“The bottom row had several white males and one white female,” Scirotto explained. “And we’re talking in conversation as it relates to our community and the expectation of a diverse and inclusive organization. And how do I purport we have that when the entire bottom row are white men?”

Scirotto also emphasized to those conducting the investigation that he would “consider diversity at every opportunity.”

The report concluded that “almost every witness was dissatisfied” with Scirotto’s promotion practices and said “most believed that Chief Scirotto made clear his intention to promote based on race, gender or sexual orientation.”

Scirotto has expressed plans to sue the city for wrongful termination.

Multiple community leaders have also spoken out in support of Scirotto.

“The new chief came to town. He started making positive changes that would impact the whole community in a more positive direction than we had been in,” said activist Jackie Scott.

Cecil Stone, head of the Fort Lauderdale Black Police Association said that “the tactics used by a few officers to discredit the promotions of Black and minority officers with masters degrees, stellar reputations, and exemplary work history, are nothing short of appalling.”