TinyMart is sharing this content, the original was posted on thewrap.com by Katie Campione, April 1, 2022 @ 9:43 AM So please click here to go there
. 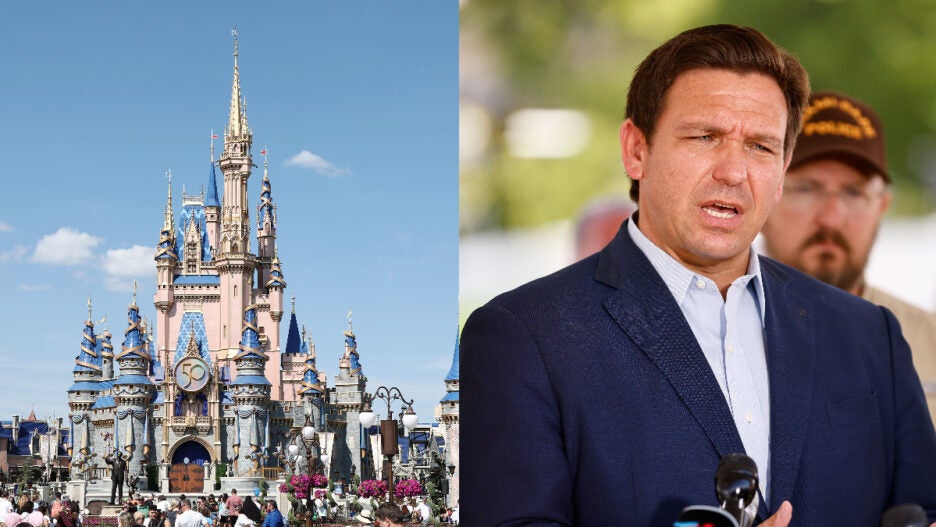 Florida Governor Ron DeSantis hinted this week that Disney may face future difficulties in the state after the company finally denounced the “Don’t Say Gay” bill, which was signed into law earlier this week.

After weeks of controversy surrounding Disney’s silence on the anti-LGBTQ+ legislation and subsequent walkouts by Disney employees, CEO Bob Chapek apologized and announced a pause in political donations in Florida. On Monday, Disney reacted to the law’s passage by stating that Florida HB 1557 “should never have passed and should never have been signed into law,” and adding that the company would be working with other organizations to get it repealed.

Since then, DeSantis has taken aim at the company several times, including on Thursday when he told reporters that the state government may be re-evaluating Disney’s “special privileges” in Florida.

“Someone said, ‘Hey, Disney has all these special perks. Should you retaliate against them for them coming out and demagoguing this bill?’ ” he said. “I don’t believe you ‘retaliate,’ but I think what I would say, as a matter of first principle, I don’t support special privileges in law. Just because a company is powerful and they have been able to wield a lot of power.” 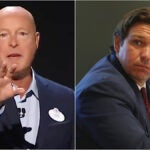 DeSantis is referring to a state law passed in 1967 that allows Walt Disney World to effectively govern itself. During an appearance on “Fox & Friends” on Friday, the governor doubled down on his comments.

“Over many, many decades, they’ve gotten incredible treatment from the Florida legislature. They are treated on a pedestal,” he said on the show. “This one corporation is treated differently than everybody else. That’s not something I’ve ever supported, but now in the legislature, you see a movement to re-evaluate those special privileges.”

He added, “At the end of the day, I think Disney has gotten over its skis on this. Look, there’s policy disputes, and that’s fine. But when you’re trying to impose a woke ideology on our state, we view that as a significant threat. This wokeness will destroy this country if we let it run unabated.”

The “Don’t Say Gay” bill, which will go into effect July 1, makes it illegal for primary school teachers to provide classroom instruction on sexual orientation and gender identity. In addition, educators of all grade levels are prevented from teaching those topics if they are not considered “age appropriate or developmentally appropriate” for their students.

The debacle has proven a major headache for Disney and Chapek, sparking outcry from many in its labor force, Hollywood and social media. Along with Disney and Pixar employees and their supporters, the LGBTQ+ organizations GLAAD, the Human Rights Campaign (HRC) and several others condemned the company for their inaction. When Disney attempted to smooth things over with a donation to the HRC, the organization rejected the money, saying it was only “a first step.” In a letter obtained by TheWrap, Chapek – who had previously defended the company’s decision not to get involved – issued an apology to Disney employees.